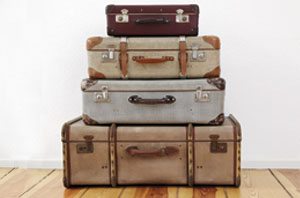 The numbers are in and most data indicates that Nevada is making economic progress in recovering from the depths of the recession.  The state’s unemployment rate, while still high, is lower than it was a year ago, the housing market is up, and tourism numbers are slightly higher.  This weak and prolonged recovery is taking its toll, but Nevadans – ever resilient – are hopeful for the future.  Rankings in the social arena, including education, healthcare and crime, indicate that longstanding problems still exist. With elections coming up in November, the new Legislature will be challenged with a difficult economy and with trying to find solutions to these persistent issues.

Despite all the efforts to diversify Nevada’s economy, the truth is that tourism and gaming remain the driving forces behind most economic factors in the Silver State, including tax revenues and employment.  Tourism numbers have improved slightly over the last two years, with room tax collections and gaming revenue showing small increases.  However, casino jobs have not kept pace, as management streamlines operations and automates more gaming functions.  Together with increasing competition from other states, this makes economic diversification even more vital for the long-term future of Nevadans’ jobs and Nevada’s economy.

Once again, Nevada has been ranked last in the education category by several different organizations.  Root causes include the transient nature of Nevada’s population, the high percentage of service-sector jobs and the number of children whose families don’t speak English at home. Many fixes have been proposed, including increasing education funding through a tax on gross business receipts. Another solution suggested is an overhaul of the entire system to make educators more accountable for results. This perennial problem makes it difficult for the state to attract businesses, and also affects the future of Nevada’s children and the economy.

One of Nevada’s most positive traits is that it is one of only seven states with no personal income tax.  Adding in both state and local taxes, the Silver State comes out much better than the national average, ranking 43rd among the 50 states for total individual tax burden at 8.1 percent. The state’s business tax climate currently makes Nevada very attractive, with no corporate income tax, franchise tax, unitary tax or inventory tax, and the state consistently ranks high as a tax-friendly business environment. However, if the proposed Margins Tax Initiative passes in November, Nevada will lose every advantage in this category and be one of the nation’s most heavily taxed states for business.

Another area in which the state excels is in the cost of doing business. Statistics show that setting up and operating a business in Nevada compares favorably with other states in the Western U.S. because of the business tax climate, reasonable commercial real estate rates and low costs of other basic expenses such as utilities and workers comp insurance.  Reno and the Las Vegas metro area are both close to major population centers in California, without the expense of California’s taxes and regulatory environment.  In addition, economic development agencies are eager to assist prospective companies with information, advice and incentives.

The cost of living in Nevada’s two largest metropolitan areas is close to national averages for essentials like groceries, housing, utilities and transportation, with costs higher in Southern Nevada.  Census statistics show that the number of people living in poverty and the median Nevada household income are also close to the national norm.  Because the state and local tax burden is lower than most other states, Nevadans keep a larger percentage of their income to spend on necessities.

While Nevada’s cost of business and cost of living statistics are among the best in the nation, the state has plenty to work on when it comes to crime rates.  According to statistics compiled by the FBI, Nevada ranks third in the nation for violent crimes, with the most disparity between state and national figures in the categories of robbery and assault. Overall, the Silver State ranks in the middle of the pack for property crimes at 24th, but fourth for auto theft.  It should be noted that Nevada’s transient population and daily influx of visitors play a role in these statistics and are not factored in to the per capita ratio.

Despite the efforts of many of Nevada’s heatlhcare systems and schools, the state consistently ranks in the lowest quartile on a variety of health-related measures, from access to primary care physicians and percentage of children who have been vaccinated to suicide rates and cardiovascular deaths.  At 23 percent, the uninsured population is well above the national average of 15 percent. Now that the Affordable Care Act is mandating insurance coverage, it remains to be seen how this statistic will be affected. Nevertheless, Nevada has become a haven for home and hospice care and has shown some, though slight, improvement in overall health rankings.

Recent unemployment figures show that Nevada has moved out of the first place spot it held since 2010, moving down to second place in the nation.  All industries in the state, with the exception of mining and logging, are showing increased numbers of jobs as the state gradually recovers from the depths of the recession. With unemployment at 8 percent and many people underemployed, Nevadans still have a long road ahead and continue to work towards a return to the prosperity and job security the state once enjoyed.

The Nevada housing market, which has experienced severe boom-and-bust cycles over the last few decades, seems to be recovering at last from the most recent “bust,” with home prices increasing more than 24 percent from last year, and new housing starts up by 23.5 percent.  Last year at this time, Nevada was ranked second in home foreclosures with one in every 313 homes receiving a foreclosure filing.  This year, fewer Nevadans’ homes are underwater and the state’s ranking has dropped to eighth.  With so many investors entering the market again and driving prices up, there is concern that instead of stabilizing, the housing market may be at the beginning of another boom cycle.

Nevada has consistently ranked among the top 10 states to start or grow a business, for a number of factors, including geographic location, climate, regulatory environment and business taxes.  Chief Executive Magazine, which names the “Best/Worst States for Businesses”, ranked Nevada eighth this year. These statistics indicate that, while Nevada is certainly facing some difficult legislation in November, negative education and healthcare scores and a challenging crime statistic, the Silver State is nevertheless a sought-after location for many businesses. The state’s excellent tax environment, multitude of lifestyle amenities and low cost of living are bulwarks against some of the more negative factors afflicting the state.