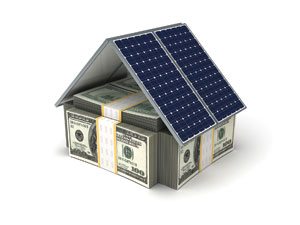 According to a report from UNLV’s Center for Business and Economic Research (CBER) in the Lee Business School, businesses’ expectations continue to steadily increase. The Southern Nevada Business Confidence Index, created by CBER, rose from 132 to 137 for a second quarter and is now at an all-time high. The index is created using general economic conditions in Nevada, sales, profits, hiring and capital expenditures. The most recent numbers suggests that survey respondents gave more positive answers than negative when asked questions related to those economic conditions.

Leadership at Cox Communications recently announced the technology company will begin to roll-out gigabit Internet speeds in several markets. The service will initially be offered in Nevada at new developments throughout Las Vegas beginning with The Edge and Dream apartment communities in Henderson, both of which will have fiber to the door. The gigabit network will be available market-wide by the end of 2016. Cox leadership also indicated plans to expand a network of WiFi hotspots into Southern Nevada. The programs, called CoxWiFi and CableWiFi, will provide alternative wireless data access to mobile customers.

SolarCity, a clean energy company serving 15 states, has launched solar service for Nevada homeowners. The company is participating in NV Energy’s SolarGenerations Program and expects to begin installation at the end of October. The program helps homeowners install solar panels at no cost and pay a monthly fee for monitoring and performance. SolarCity has hired over 400 people in Nevada and plans to double that amount in the next year.

North American design firm, Stantec, has acquired JBR Environmental Consultants in Reno. The 140 employee firm provides environmental consulting work for several business sectors including manufacturing, oil and gas, mining and power generation and transmission. JBR has 32 employees in Reno adding to Stantec’s 44 employees in the area. The transaction closed at the end of May and is expected to bolster Stantec’s presence in the western United States.

According to a recent report entitled, “The Contribution of the University of Nevada School of Medicine (UNSOM) to the Nevada Economy,” the total economic contribution of UNSOM to the Nevada economy in 2013 was $315.6 million. That number includes $109.2 million in payroll and benefits to 1,873 Nevadans.