You are here: Home / Features / Feature Story / A Future of Change: Economic Development 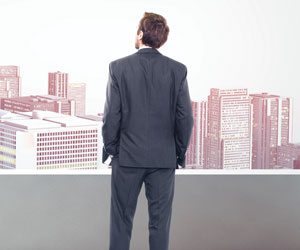 Nevada, because of its narrow focus on three industries, was devastated by the recession and eventually led the nation in foreclosures and unemployment. As both the director of the Governor’s Office of Economic Development (GOED) and a resident of Nevada, Steve Hill believes there is a rising wave of economic development diversifying an outdated and vulnerable economy built on construction, gaming and mining.

However, Hill believes the state’s current development efforts will produce stronger economic diversity and growth in the future, protecting Nevada from the vicious effects of the next recession.

“It took a while to identify the opportunities and design the plans to make them a reality,” Hill said. “We are seeing progress.”

Hill said Brookings Mountain West’s “Unify, Regionalize, Diversify” plan for diversifying the state’s economy was an important starting point for GOED, but the state used the report to develop its own economic plan.

In December, Nevada was chosen as one of six states to host test sites as part of the Federal Aviation Administration’s plan to integrate unmanned aerial vehicles into the national airspace.

Nevada was selected as one of the test sites partly because it has been home to military drone operations for almost two decades. Drone aircraft operate from Creech Air Force Base north of Las Vegas. Pilots and system operators live in Southern Nevada.

“Nevada has been home to unmanned aircraft systems (UAS) for decades,” said Governor Brian Sandoval. “Our climate, terrain and abundance of air space create a perfect environment for the emerging drone industry.”

Sandoval said by working with private industry, the university system, community colleges and local school districts, “we have been building Nevada’s unmanned aerial systems civilian workforce for the future.” He believes those efforts led to attracting the state’s first drone company and discussions with other companies.

Other sites the state has found suitable for drone testing are Nellis Air Force Base in North Las Vegas, the Naval Air Station in Fallon, Nevada National Security site/Desert Rock Airport and the Reno-Stead Airport.

“It is something the state has put a lot of focus on,” Hill said. “We certainly are talking to a large number of companies in the industry that are interested in Nevada. The Federal Aviation Administration (FAA) needs to work through the process and that’s really the key.”

Hill said once the FAA has approved its drone rules and testing gets started “you’ll start to see more companies coming to the state.” The FAA is expected to approve its rules by September 2015, according to GOED.

Within a decade, GOED officials expect 15,000 people in Nevada to be involved in the drone industry. That’s the size of the Silver State’s mining industry.

UAS operators make an average of $80,000 a year and the average salary of a pilot is about $110,000. Hill said the state has set aside $1 million in its budget plus $4 million in contingency funds to establish the non-profit Nevada Institute for Autonomous Systems Unmanned Aircraft Systems Program Management Office when it was lobbying to become a test site.

GOED officials are also looking to the state’s two major universities to train a drone workforce.

By spring 2015, UNLV’s School of Engineering will offer a minor in unmanned aerial systems. The program includes three core courses, including design and application, vehicle simulation and testing and a law course to address privacy issues.

“We are not waiting to promote the region,” said Mike Kazmierski, president and CEO of Economic Development Authority of Western Nevada (EDAWN). “We are selling our region as a potential growth area for companies.”

Kazmierski said EDAWN executives have been to two or three conferences to promote the region. He said those visits have resulted in eight to nine companies seriously considering Northern Nevada to base some, or all, of its drone operations.

Kazmierski said EDAWN’s economic development efforts go beyond drones. He cited the arrival of Apple Inc.’s data center in Reno as a deal that “gives our region some credibility.”

Kazmierski said the Apple deal opened the door to be considered a location for Tesla Motors giant, $5 billion battery plant. The “gigafactory” would put 6,500 people to work in a 10 million-square-foot facility, Tesla said in a Securities and Exchange Commission filing.

Construction should start later this year. Tesla expects the plant to open in 2017 and reach full production capacity by 2020. The company, based in Palo Alto, Calif., wouldn’t specify what locations are up for consideration.

“We are pretty happy about the possibility of Tesla choosing Northern Nevada and we are hoping for an announcement soon,” Kazmierski said. He declined further comment.

But at 500 to 1,000 acres, Tesla is looking for a large piece of property. Options for Tesla include the 107,000-acre Tahoe Reno Industrial Park in Storey County, about nine miles east of Reno. The facility is already home to distribution centers for Wal-Mart, eBay and Toys R Us.

“Only 8 percent of our economy here is tied to gaming,” Kazmierski said. “We are known for logistics, distribution and manufacturing. That’s our strength here.”

Kazmierski said officials are also in discussions with companies in Northern California about moving backroom operations to Reno. He said they’ve been marketing the region to Silicon Valley firms and pitching them the corporate tax benefits by moving to Nevada.

“We tell them they are next to California, but not in California,” Kazmierski said. “We are offering them what they have there but at half the (price).”

He said EDAWN’s efforts brought 3,400 jobs to the region last year. EDAWN is on track to bring more than 3,100 jobs to Northern Nevada this year, according to the agency.

The story is the same for the Northern Nevada Development Authority (NNDA). The economic development agency, whose area includes Carson City as well as Churchill, Douglas, Storey and Lyon counties, has a number of projects in the works.

“We have a number of defined projects, but they are not turning dirt over yet,” said Maurice Washington, deputy director of the NNDA. “There is the Western Nevada Rail project, a trans-loading center for recycling tires. Once it’s full-blown we expect 1,000 jobs to be created.”

The $100 million development will include 180,000 square feet of Class A office space and a 60,000-square-foot conference center. Washington said the NNDA is also looking to support development of commercial buildings, whether they are built on spec or built-to-suit projects.

“We have the dirt to offer,” Washington said. “We are engaging speculative builders because we have exhausted our inventory of commercial buildings.”

Washington also said the region’s economy was based on mining, manufacturing, agriculture and some railroad logistics. The NNDA is looking to diversify even further by attracting telecommunications and fiber optics companies to the region.

He added that the Brookings Mountain West report was helpful in determining the agency’s direction.

“It wasn’t anything we didn’t know, but it confirmed what we needed to do,” Washington said.

A nine hour drive from Carson City you’ll find Barbra Coffee in a modest office in Henderson developing plans for the city’s economic development and diversification efforts. Her goal is simply to use the city’s “well-educated workforce and quality of life” to attract companies to the state’s second-largest city.

“You always want to have a healthy workforce and enough jobs,” said Coffee, manager of economic development and redevelopment for the city of Henderson. “We want to grow our economy to be less of a bedroom community that is reliant on other areas.”

To diversify Henderson’s economy, Coffee is about creating clusters of industries. Those industries include financial service, manufacturing, healthcare and bio-technology, high-tech, aerospace and defense and warehouse and logistics.

To build upon FedEx’s arrival, Henderson is auctioning off 358 industrial acres near Interstate 15.

“We are targeting industrial development,” Coffee said. “It’s a great employment opportunity. We have some assets that position us to be attractive to big-box retailers. We haven’t always had the space, but the 358 acres gives us some additional options.”

She said the area’s existing industrial space is filling up. But in the 100,000-square-foot industrial market, Henderson doesn’t have existing build-to-suit opportunities.

“It’s about building a strong and diverse economy,” Coffee said. “We will have some logistics and transportation, but there will be a balance.”

Coffee explained healthcare and bio-technology is a good fit for Henderson. She expects to attract companies that can work in partnership with Touro University and Roseman University of Health Sciences.

Coffee said her development efforts also include downtown Henderson. The city is working to attract commercial businesses to downtown as well as mixed-use developments in order to achieve a work-live environment.

Despite their best efforts at promoting Nevada as a place to do business, economic development officials are unanimous in their belief that “The Education Initiative,” also known as the business margins tax would complicate their efforts.

“Part of our efforts have been focused on making Nevada the most business friendly state in the nation,” Sandoval said. “When it comes to bringing new companies and jobs to Nevada, we must maintain a positive business environment and pursue every opportunity to attract those businesses to our state.”

The business margins tax is on the November 4th ballot. The initiative proposes a 2 percent revenue tax on businesses generating more than $1 million a year.

“It’s not good to increase taxes on business,” said Coffee. “Our goal is to keep a low tax environment. Any tax that is in addition to our current taxes is going to make it more difficult to attract or maintain businesses.”

Those supporting the measure, lobbied for by the Nevada State Education Association, the state’s teachers’ union, say the tax is needed after years of inaction in the Legislature over boosting education funding for the state’s K-12 system.

Opponents question where the tax’s proceeds will end up. The Education Initiative, if approved by voters, is expected to generate $650 million to $750 million annually.

They also believe that the added tax burden on business will slowdown economic growth as well as send businesses elsewhere as Nevada continues its post-recession recovery.

“It’s not helpful at all,” Hill said. “Anytime you add a tax it is not going to be helpful. The counter side of that is everybody wants to improve the results of K-12. I don’t think those things are mutually exclusive.”

If approved by voters, the margins tax would be effective in January.

“No question, it will have a negative impact on our efforts to attract businesses here,” said Tom Skancke, president and CEO of the Las Vegas Global Economic Alliance.

Washington said the NNDA’s biggest concern is the margins tax will stifle the progress the economy has made. Many business owners have a wait and see attitude about the proposed tax.

Economic development in the Silver State is in a time of transition. Diversifying Nevada’s economy, improving education and boosting tourism are on the minds of business-owners throughout the state. The next few years will likely hold some interesting times for Nevada.