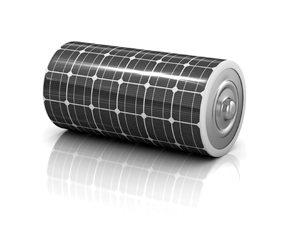 The tremendous benefits of clean, low-cost, renewable energy are becoming increasingly apparent throughout the U.S. Solar companies pride themselves on providing clean energy to a variety of customers, including business and homeowners, rural and tribal clients, as well as the non-profit, public, low-income and educational sectors. For example, last month Black Rock Solar installed solar panels on Yerington Paiute Indian colony land that provided 42 kilowatts of power. Not only will those panels power the pump to irrigate 300 acres of alfalfa, they will help the Yerington Paiutes reduce the tribe’s utility bill by $5,000 per month.

Solar also provides jobs. The Solar Foundation reported in January that Nevada had a total of 2,400 people working in the solar power industry. A recent report by Senator Harry Reid’s office concluded that the state is a national leader in clean energy, with “more renewable energy projects currently under construction today than at any other time in the state’s history.” The report found that clean energy jobs grew at a 5.8 percent annual rate between 2003 and 2010, with continued strong growth projected through 2016.

An even more impressive statistic is that these jobs pay $8,000 more than the median wage for other jobs in Nevada, according to the report. In fact, just six large renewable energy projects have delivered an “estimated financial benefit of $1.04 billion to Nevada’s economy.” In addition, Nevada ranks first and third in the country, respectively, in the number of geothermal and utility-scale solar photo voltaic projects under development.

Aside from wind, solar and geothermal energy, there are also tremendous economic opportunities in the broader “clean-tech” sector. That includes fuel cells and hydrogen, biofuels, energy efficiency, electric vehicles and several more. For instance, the U.S. Department of Energy estimates that an increase of the use of fuel cell technologies “could create 180,000 new jobs in the United States by 2020, and 675,000 jobs by 2035.” Additionally, the Colorado-based Rocky Mountain Institute found that the United State’s “commitment to energy efficiency could save upwards of a half-trillion dollars in 2010 net present value, with savings 2.5 times their cost,” plus other non-energy benefits, including gains to U.S. competitiveness.

There’s no question that clean energy offers tremendous economic benefits. As an added bonus, there are major environmental advantages to renewable power. Solar power is 100 percent spill proof. To put it another way, when there’s a major solar “spill,” most people just call it a sunny day. Renewable energy comes with no harmful emissions or impact on the climate, minimal use of scarce water resources and no need to ruin ecosystems to get at it.

The environmental benefits of clean energy stand in stark contrast to fossil fuels. For instance, oil spills such as the 2010 Gulf of Mexico disaster, cause enormous economic and environmental damages. The processing and combustion of coal releases many harmful compounds into the air and water, including arsenic, lead and mercury. Just recently, the spill of a toxic coal-cleaning chemical in West Virginia contaminated drinking water supplies for hundreds of thousands of people. In stark contrast, clean energy avoids all those problems, while simultaneously benefiting the economy. That’s a “win-win” outcome we can all get behind.