You are here: Home / Departments / Speaking for Nevada / The Medical Marijuana Program in Nevada: An Update on Establishment Applications 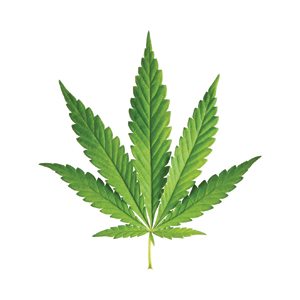 Less than a year after the legislation was signed, the State of Nevada developed rules and a regulatory program to oversee the cultivation, production, testing and sale of marijuana for eligible cardholders and their caregivers. The rules will ensure that establishments have systems in place to track marijuana from seed to sale and that there is solid auditing and oversight of the establishments.

Applicants wishing to run dispensaries, labs, facilities to produce edibles or cultivate medical marijuana will undergo extensive criminal background checks. Those with an excluded felony offense will be ineligible to do business as a medical marijuana establishment. Excluded felony offenses include convictions of a crime of violence or violations of a state or federal law pertaining to controlled substances.

Applications must include well-developed plans for operation, security, inventory control systems, policies, and procedures related to all aspects of the business.

The key public health component of the rules is that all marijuana and marijuana products must undergo testing prior to sale. The testing must be done by an independent, Nevada-certified lab. Test results will be public and placed on the label of the product. Labels will be standardized, with an established font size to ensure that cardholders and caregivers are fully informed about the products they are buying and using.

In addition to meeting state rules and criteria, applicants must apply to each respective local government and comply with their rules. Applicants who are ultimately approved for operation will be jointly regulated and overseen by both the state and the local jurisdictions.

Because the number of dispensaries that may do business in Nevada is limited, the state rules require applications to be ranked. Only the top applicants will proceed through the local government licensing process. There is no limit to the number of cultivation or production establishments allowed in Nevada, or to the number of laboratories that will perform the testing. This number will be determined based on projected amounts needed to supply Nevada’s current cardholders and caregivers and sales to non-residents who are medical marijuana cardholders in other states.

The Division of Public and Behavioral Health is the designated agency of the Department of Health and Human Services to carry out the program. Twelve permanent positions are being hired to review and score applications, to issue certificates for operation, and to inspect and regulate the establishments.

The rules require the division to issue a 45-business day notice of when it intends to accept applications. Applications will be accepted during one consecutive 10-business day period, one time per calendar year. At this time, potential applicants should be well on their way to developing their applications for the 10-day application period.

Updates for this program will be available through the division of public and behavioral health.