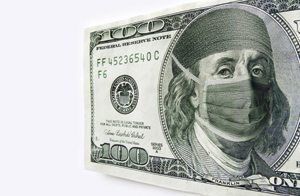 The healthcare industry, over many years, has been undergoing a gradual but major shift in how insurers pay providers. Against that backdrop, the state began implementing the Patient Protection and Affordable Care Act’s (ACA) mandates, several of which the federal government has delayed or amended since. The ACA or Obamacare, as it has become known, has caused additional industry changes, and its rollout has been rocky.

“For some, it feels overwhelming,” said Mike Murphy, president of Anthem Blue Cross and Blue Shield of Nevada and president of Anthem’s national Labor and Trust, the division managing its union business. “The pace of change, the continuous change and the volume and enormity of change have been a challenge.”

Plans for small businesses are available through the exchange’s Small Business Health Options Program, or SHOP, designed for operations with fewer than 100 full-time equivalent (FTE) employees to enroll for coverage. Small businesses may sign up for insurance via SHOP year-round. Through SHOP, Anthem and the Nevada Health CO-OP offer 19 medical plans and 42 dental plans for small businesses. Specifically, Anthem offers three HMO plans, two at the gold level and one at the silver.

“On the benefits side, we’re trying to make sure we’re setting out benefits folks can afford and that are seen as valued by their employees,” Murphy said. “We’ll continue to roll out small group plans when we’re allowed to do so.

The CO-OP’s plans for small businesses are available both on and off the exchange whereas those for individuals are offered on-exchange. The insurer also offers off-exchange plans for large companies, those with more than 100 FTEs.

Much like a credit union, the CO-OP is consumer owned and operated. Revenue in the form of premiums only is spent on its members, not outside entities or individuals.

“We want to help people who need help, but we’re a great carrier for people who want to be helped and be part of the solution,” Zumtobel said. “That’s what we believe is our sweet spot.”

The advantages to small businesses of enrolling in a CO-OP plan are savings and employee satisfaction, Zumtobel said. Those benefits also extend to large companies in addition to having access to products previously unavailable to them.

When enrolling through SHOP, small businesses with fewer than 25 FTEs may qualify for the Small Business Health Care Tax Credit of up to 50 percent of what they pay for employees’ insurance. The credit is available on- and off-exchange through 2014 then only on-exchange in 2015.

Employers with 50 or fewer FTEs can provide choices to their employees, select from different coverage levels and customize a package, for example, in which their workers can opt for different components, said Steve Fisher, interim director of the Silver State Health Insurance Exchange (SSHIE), and deputy administrator at the Division of Welfare and Supportive Services. The original SSHIE executive director Jon Hager resigned effective March 14th of this year. As of the end of March, national recruitment for a long-term replacement was underway.

“I just don’t know that many businesses are either qualifying for [the credit] or realizing that they qualify,” said Valerie Clark, president of Reno-based Clark & Associates, a company that provides insurance benefits, including benefits-needs analysis, employee retention, wellness and human resources compliance.

In 2013, many small businesses renewed their existing plans for 2014, so they haven’t yet had to address health insurance this year, Clark said.

As for individuals, as of March 21, 34,000 selected a plan; 23,000 of those made a payment. As of the end of February, the system identified 142,000 enrollees as potentially eligible for Medicaid, government-funded healthcare coverage for low-income individuals and families. Of those, Medicaid approved 71,000.

When the most recent enrollment period and the state’s contracts with six major navigators ended on March 31, Nevada hadn’t met its revised target of 50,000 non-Medicaid-eligible enrollees (its original goal was 118,000).

A major reason was numerous technical problems with the exchange website, Fisher said. As of mid-February, Xerox, the company engaged in a $72 million contract to build the site, noted 49 of the original 182 critical issues with it remained. Another significant problem was the lack of response to consumers with questions or needing help.

Consequently, the board overseeing Nevada’s exchange approved adding a 60-day special enrollment period between April 1 and May 30, Fisher said, and retained, of the six navigators, the top three performers through the next open enrollment periods that begin November 15, 2014 and February 15, 2015.

Additionally, in late March, the state contracted with Deloitte Consulting at $1.5M to, over five weeks, assess the operational and technical problems with Nevada Health Link and provide a remediation plan. Xerox, too, has added numerous resources to eradicate the remaining issues.

“Things have gotten better,” Murphy said. “There are still challenges, and people are working really hard to make sure it works.”
Fisher anticipates another 10,000 will enroll by May’s end, taking the total (including those approved for Medicaid) to 104,000, which would equate to about a 17.7 percent decrease in the number of Nevada’s uninsured under age 65 due to Obamacare. Nevada had about 588,000 people in that age range without health insurance in 2011-2012, according to the Henry J. Kaiser Family Foundation’s State Health Facts.

“We have set some goals and haven’t achieved those goals, but we’re reducing the number of uninsured in the state of Nevada,” Fisher said. That’s really very positive.”

“We have a really long way to go for access for everybody,” he said.

To date, the ACA and Nevada Health Link, even with its problems, hasn’t had a major impact on businesses, large or small, excluding healthcare providers.

“From the employer standpoint, being able to offer and decide what kinds of benefits to offer employees isn’t riddled by the problems we’re hearing about with the exchange,” Murphy said.

Starting January 1, 2015, companies won’t be able to keep their existing health insurance plans if the plans don’t meet ACA requirements. They’ll need to move to acceptable ones if they decide to continue offering health insurance. Most likely, they’ll select their new plans around October. According to Clark, companies’ costs likely will increase starting in 2015 due to the start of some ACA mandates, including Employer Shared Responsibility. The ultimate pros and cons to businesses can’t be assessed until everything goes into effect.

“We probably will see a lot of people become very upset,” Clark said. “If the rate changes are what we’ve been told that they’re going to be, you’re going to see a lot of really upset small businesses.”

All involved parties are trying to understand how they’ll be impacted in the future and make decisions accordingly, Murphy said.
Small groups are seeing employers that have had a change in their rates. They’re looking at their plan options and considering whether or not to keep their coverage and/or help employees pursue insurance through the exchange.

Larger employers are assessing the potential impact fees, taxes and changes to benefits and determining what they need to do, if anything, going forward.

Physicians, hospitals and other healthcare groups are pinpointing how Obamacare will affect their practices and businesses and what changes they must make accordingly.

One issue is Nevada’s physician shortage, specifically primary care providers, in the face of an influx of thousands of newly insured people. Another is that providers, hospitals and health systems are dealing with decreased reimbursement for their services, yet they must have the staff and resources to deliver care to all these additional people. High deductibles that have to be paid before an insurer pays also impact healthcare providers, as they sometimes provide services for which they’re not paid.

“Cost has just never been more of an issue than it is right now all the way around,” Clark said.

The gradual but longstanding shift in insurer reimbursement for healthcare continues, from a fee-for-service to a pay-for-performance payment model. With fee-for-service, healthcare providers are paid for each service they provide. Under this newer scenario, reimbursements are tied to quality metrics to ultimately reduce the total cost of care.

Consolidation of physician practices—physician groups merging with others or selling their practices to larger organizations—has been one result, Murphy said.

“It has moved at a more rapid pace in the last year or so,” he added. “We’re expecting to see more of that coming down the road.”

Another result has been the formation of accountable care organizations (ACOs), voluntary groups of healthcare providers who are reimbursed on a pay-for-performance basis for care given to a specific patient population, such as Medicare enrollees.

One new provider group in Southern Nevada is based on the ACO model with a slight difference. This accountable care network (ACN), called WellHealth Quality Care, contracts with insurers, employer groups, self-insured groups and the Nevada Health CO-OP to provide healthcare.

“We have carefully selected providers on a reimbursement model that incentivizes them for high performance when it comes to clinical and non-clinical quality measures,” said Steven Keltie, WellHealth’s president of business development and marketing. “ACNs are definitely the model of the future.”

Clinical measures include infection rates post surgery, hospital re-admittance rates and others whereas non-clinical ones include aspects of patient satisfaction—wait times, physician communication and the like.

Physicians who fail to reach the established quality benchmarks are expelled from the network. Those who exceed the standards receive bonuses, Keltie said.

WellHealth plans to expand into Northern Nevada in coordination with the Nevada Health CO-OP by year’s end.

Due to ACA’s requirements, health insurers are assuming more risk. To manage that and costs, many are requiring the insured to pay higher deductibles, as high as about $6,000, Clark said. They’ve increased or eliminated insured co-pays and lowered co-insurance, the percentage of costs the insurer pays after the deductible is met. These all result in consumers paying more for their healthcare than ever before. These changes also put the onus on providers to collect money from patients before delivering care.

Another insurance company strategy is narrowing coverage networks, decreasing the numbers of medical provider options for consumers, Clark said. Insurers are canceling contracts with many of their providers to obtain greater discounts and control from those remaining in the network. In exchange, they’re offering an increase in patient volume to those fewer providers. These fewer providers are incentivized to work to achieve the insurer’s goals for controlling costs so the insurer can stay competitive in the marketplace.

The next exchange open enrollment begins November 15. In the meantime, the Silver State’s Health Insurance Exchange will keep working to resolve the exchange website and call center problems.

“Our number one goal is customer service,” Fisher said. “We want people to enroll in a quick and user friendly manner, to easily access programs available to them and have a good experience going through the process.”