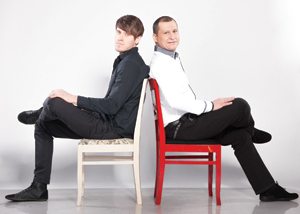 In workplaces across Nevada, change is coming more quickly than at any time since baby boomers changed the status quo regarding diversity, hair length and governance in the 1960s.

On shop floors and in cubicle farms from Ely to Searchlight, millennials – a term used to describe those under age 34 – are challenging the baby boomers – those now over age 50. The genXers – those 34-49 – are caught in the middle.

What’s at stake is little short of the redefinition of the workplace and work itself as business tries to digest 80 million millennials.The implications stretch to the long-term health of the economy and Nevada’s place in an increasingly competitive world.

The issues role off the tongue in a stream of stereotypes:

It’s enough to cause a rational business leader to ponder the wisdom of Rodney King: Can’t we all just get along?

EETech is an electronics manufacturing services provider. The firm designs and manufactures products under contract for OEMs (original equipment manufacturers) in the automotive, gaming, consumer, medical, science education and food processor fields. There are about 140 workers at the Reno plant and another 250 at a plant in Mexico.

It’s a rigid work environment because it has to be, Newman said, not because he’s an Old World manager. Tattoos don’t bother him. Long hair needs to be tucked up and kept out of the machinery. Lab coats make a dress code meaningless for production workers.

The company added pre-employment drug testing a few years ago to address some absenteeism and Newman said that hasn’t been an issue since.

Mobile phones, however, have been an issue. The manufacturing process requires focus so phones are parked at the door, their use restricted to the break room.

“It’s tough for kids,” Newman said. They’re accustomed to having free rein and that’s not an option in this clean-room-like environment.

The statistics bear him out: 29 percent of new hires wash out before they hit the six-month mark.

That’s a record that concerns Newman. He requires new hires to have a high school diploma and trusts his in-house extensive training program to do the rest. It starts with a full-day orientation to establish expectations and introduce the corporate culture. New employees are teamed with veterans who act as mentors. On-going training opens channels for advancement. A quarterly company meeting offers employees a chance to ask top management anything. It’s an important part of Newman’s effort to establish transparency.

Then there’s a set of workplace mixers – from periodic ice cream socials to an annual barbecue at which executives cook for the employees.

And it’s working, mostly. Once workers get past that six-month mark, turnover is low, Newman said. But that doesn’t ease the problem of attracting and keeping the next generation of production workers.

Newman has formed some opinions based on what he sees happening. The millennials are focused on maintaining their freedom. They are less driven to get ahead than previous generations. Newman, 51, recalls that he and his friends growing up in Carson City were all married and on a career path by their mid-20s. He doesn’t see that kind of stability among millennials.

What Newman and EETech haven’t manufactured yet is an answer.

The challenges facing Newman at Electronic Evolution Technologies may well be a harbinger for many companies facing a rising rate of retirement for their longest tenured, most skilled employees.

Cox Communications is committed to maintaining a diverse, inclusive, employee-focused work environment, said Carrie Pierce, executive director of human resources. And the company prides itself on its retention rates.

Cox is a technology company that’s always innovating, she explained. It is always finding new ways to make opportunities available to its employees.

But the most telling feature of Cox’s experience likely is the median age of its workforce – 39. Just 15.2 percent of the Cox workforce is under 30, Pierce reported.

And therein lies a coming conundrum. boomers are a huge portion of the American workforce and they’re nearing the end of their economic lifecycle. The coming wave of retirements begs a set of questions about what happens next, not the least of which is how the nation develops its next generation of business leaders.

Sam Males, state director of the Nevada Small Business Development Center, has heard all the criticisms of the Millennial generation but said there are alternative explanations to many of the stereotypical behaviors.

Some say millennials would rather play games all day and live in their mom’s basement than get a job. Like most stereotypes, that is true for some, Males observed. But in the face of the worst recession in a century, what were their real options?

He also bristles at the idea millennials don’t want to put in the time to learn. They’re time shifters, he said, preferring to work on their own 24-hour schedule than the traditional 9-to-5 routine. And the focus required to master a complex video game is the same focus required on the job.

They don’t want to pay their dues? Why should they, Males asked. Millennials see themselves as creative and confident. They are bombarded by images of young entrepreneurs becoming billionaires using the very tools they as a generation understand better than their elders. It’s understandable they don’t want to put in time on the lower rungs when they can start at the top. While the odds are against any one Millennial becoming the next Mark Zuckerberg, similar odds don’t stop basketball players from striving to be the next Michael Jordan or actors from striving to be the next Tom Hanks or Julia Roberts. Emerging trends like crowd funding to provide capital helps fuel the dream.

From his office in Reno, Males leads a team that works with entrepreneurs through 12 offices statewide. He acknowledged that millennials accept advice from gray hairs “grudgingly,” a situation that works against the effectiveness of such long-time Small Business Administration (SBA) programs as SCORE, the Service Corps of Senior Executives. “The SBA isn’t sexy,” he said, but it is still effective, if ventures can meet traditional loan standards. And not many Millennial ventures can meet that test.

Males is less concerned about the millennials’ urge to chase their dreams in a down economy than he is about the long-term implications. At some point, the light bulb will go on and they’ll recognize that hard work, education and skills are directly connected to success. But the definition of success is changing. Gaining a sense of personal fulfillment means more than money for many millennials.

So when that light bulb does go on, will the economy have passed them by? The technological advantage the generation holds today seems destined to fade as technology moves ahead and they are shut out of the on-going training that comes within a Cox-like corporate environment.

Males is far from confident but he recognizes millennials are the future of the American economy.

One of the companies widely credited with understanding how to get the most out of Millennial workers is Zappos. The e-commerce vendor of shoes has become a power player in downtown Las Vegas and extended its product line to include clothing.

Its website describes the Zappos corporate culture as “fun and weird.” That culture has powered the company into Fortune magazine’s list of the top 100 companies to work for. And it convinced new owner Amazon to let Zappos be Zappos and operate as an independent entity.

Mike Bailen, senior human resources manager, sums up the Zappos approach succinctly: “We try to treat employees like adults.”
Yes, there is fun and unorthodox approaches are encouraged. But when it’s time to work, it’s all business. While the dress may be lax, the company has a strict approach to work schedules.

Coming in the door, applicants are screened carefully to make sure they have a customer-first approach to service. They’re given a thorough orientation that stresses the company’s 10 core values.

Bailen pointed to the call center as an example of what sets Zappos apart. Customer service reps are encouraged to treat the customer like a friend and go the extra mile to find a solution. The length of the call isn’t an issue. There are certainly policies that govern what’s doable, but there are no scripts. Customer service reps are encouraged to be authentic and creative in engaging with the customer and in finding a way for the customer to go away satisfied.

That approach resonates with millennials, Bailen said, but the Zappos team is diverse. And older workers get it too. The most tenured members of the call center team are boomers who came on soon after Zappos moved to Henderson in 2004 and then into its new home in the old Las Vegas City Hall last year.

Bailen sees the Millennial workers as relentless in their pursuit of a higher purpose which gives them a sense of fulfillment. For some, it comes in helping others, just the kind of service mindset Zappos values. For others, fulfillment comes during off hours, in rock climbing or mastering the latest video game. But that works fine in the Zappos culture too, as long as they put customers first on the job. Results matter and Zappos carefully monitors performance.

Bailen pointed to an elaborate system of programs designed to give employees a way to learn, try new things and chase a dream. There’s an internal internship program, for example, that lets employees get a 90-day taste of life in a different department. That can open minds and doors.

Then there’s Leap Frog, a program that allows employees to pitch ideas to executives directly. A good idea can result in an investment and a chance to create your own career path.

One buyer pitched executives on the value of a research team that would track fashion styles and advise buyers. Executives agreed and the buyer was tasked with setting up a team to do just that. A tangible success story like that can ripple through a company for years.

Zappos is so certain it has found some answers others crave that it’s staging three three-day boot camps — in mid-May, late July and late September – at which other companies can come and learn – at $6,000 per person.

There’s no holding back Father Time. Over the next 15-20 years, boomers will vanish from the workforce, genXers will get their chance and business will have to rely on millennials as they grow into key roles.

There’s a certain irony to baby boomers leaving the stage as their grandchildren live out that old Berkley Free Speech Movement phrase – ‘Don’t trust anyone over 30.’

But, in the language of the day, it is what it is.

Now it’s time for business to figure out a workable response because the next generation may well give today’s workforce a run for its money.