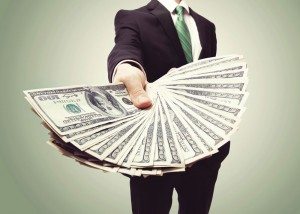 The construction industry continues to be the barometer for the severity of Nevada’s economic plight, but commercial real estate in particular is making enough improvement to spark interest from investors and private parties looking to benefit from the historically low interest rates. This means banks and other real estate lenders are revving up business again.

Economic indicators, like unemployment, consumer confidence and weekly wages are suggesting that Nevada’s economy is on the mend. This means businesses and individuals are financially healthy enough to jump into the commercial real estate market.

Tom Traficanti, executive vice president and chief credit officer for Heritage Bank in Northern Nevada can attest to this.

“We are slowly seeing an increase in lenders’ interest in making loans,” Traficanti said. “Historically low interest rates are helping everyone who’s borrowing because it means lower loan payments. We have seen some compression in our margin because of the lower interest rates. Generally the market is pretty steady right now.”

While banks are providing loans of varying types, most opt for commercial construction projects and avoid making loans for land. Prior to the recession, banks were more willing to make loans for investors who were buying land without a definitive plan for construction. When the recession hit, land lost much of its value, causing investors to be saddled with land that no one wanted. When investors couldn’t make payments on their loans, banks and lenders found themselves burdened with the land.

“For example, a lender would work with a developer to buy a parcel of land for a million dollars, the borrower would ask for $600,000 and when the recession hit the value would drop to $200,000 or less and the bank would be (forced with a loss). When you have so many vacant buildings, land is worthless,” he said.

Heritage Bank is privately owned with 200 stock holders and more than $500 million in assets and six branches. The bank’s focus has always been on small business owners, steering clear of land deals. Borrowers usually seek financing for commercial real estate that they will occupy, such as a doctor or retailer or they seek financing to lease out space, such as an apartment complex or office building.

“We didn’t get too involved in development and land lending, which made it harder for banks to survive the recession,” he said. “Also, investor property is more risky when you have to depend on the real estate market. As properties became vacant, the market became distressed. Tenants could find property anywhere.”

Now that the market has improved, business is picking up for lenders. Many of the requirements to qualify or a commercial real estate loan still exists.

“We look for strong deals,” Trificanti said. “Properties need to have good tenants and the financial strength of the borrower has to be good. The majority of the loans we do look at the business’ ability to make the loan payment. We are not as dependent on the real estate market.”

There are opportunities now for small business owners looking for Small Business Administration (SBA) loans. The main factors determining the interest rate on any commercial loan include the quality of the loan, borrower’s ability to repay the loan and whether it is a fixed or adjustable rate loan. Rates for owner operator commercial real estate loans vary from 4 to 5 percent, with investor property loans ranging from a rate of 5 to 6 percent.

“The Federal Reserve was trying to lower rates,” Traficanti said. “Once the Reserve made the decision to withdraw quantative easing, then interest rates came back up, but generally they are at historic lows. Prior to the recession it was unheard of to get a 5 percent interest rate.”

Traficanti says this makes it an ideal time to buy, as inventory is down and values are going up.

“Rents and values go up when buildings fill up,” he said. “Industrial properties are filling up. Office and retail still have some vacancies, but vacancies are coming down. We are seeing positive absorption. We are still a ways off from seeing a lot of construction, because there has been so much existing property available.”

Many investors are opting to use cash rather than borrow from a lender. Traficanti said while the market is looking positive, he would still advise investors to maintain a diverse portfolio.

“It’s a good time in the cycle to purchase commercial real estate, but don’t put all your eggs in one basket,” he warned. “Diversification is important at all times.”

The difference between a recourse and non-recourse loan refers to which assets a lender can pursue if a borrower falls on hard times and can’t make the loan payments.

“When banks made non-recourse loans, they thought the borrowers were well collateralized,” Traficanti said. “Without having a personal guarantee, when values dropped, the owners had no incentive to keep the property, so they gave it back to the bank and there was nothing the bank could do to pursue the owner for the deficiency. Many lending institutions don’t exist anymore because of making non-recourse loans.”

Nagy said his firm has seen confidence in the market improve over last year, as the state’s economy shows improvement. During the height of the recession construction projects sat unfinished and many buildings had few tenants. Now, as the economy improves, projects are being completed and the demand for non-owner occupied properties is up.

“The perception of Las Vegas has improved,” Nagy said. “With a more favorable opinion of Las Vegas, lenders are more willing to loan. Economic trends are positive and economic indicators, such as visitor volume, gaming income are improving. New projects are getting completed. When projects sit stalled people get nervous.”

Nagy said interest rates on commercial real estate are at a historical low, even lower than they were in 2007 prior to the recession, which is attractive to investors who see the benefit of striking now. Most of their clients are borrowing $2 million or more.

“Unlike the final years of the real estate boom 2006 and 2007 the commercial market improvement is attributable to strong underlying fundamentals and positive economic trends,” Nagy said.

Nevada is finally seeing a more realistic market with the worst in the rea view mirror.
“The rate of improvement is more normalized and does not reflect the boom years, but is more reflective of long term stable growth,” he said.

Clearinghouse CDFI began operating in California 16 years ago and moved into the Nevada market two years ago. It provides financing for high-risk borrowers looking to move into the commercial real estate industry through construction, small business ownership or through purchasing existing property.

Clearinghouse CDFI is a community development financial institution that provides financing for projects that will lead to job creation, affordable housing, improved services to the community or otherwise provide economic growth, Maddox said.
The objective of CDFIs is to provide economic development opportunities for economically distressed communities, making Nevada a prime target for its lending efforts.

“We provide last resort financing for individuals and businesses that cannot get financing from a traditional lending source,” Maddox said. “Our clients have credit blemishes, which mean banks which are heavily regulated won’t work with them.”

Since moving to Nevada, the company has amassed $35 million in new originations, which include owner occupied and non-owner occupied projects, Maddox said. He said this was a good time for them to enter the market as they recognize the state’s improving economic climate.

“The market is easing up,” he said. “There is still a need for organizations providing alternative financing. There is a pent up demand, because people were unable to get credit during the recession. Those same people are now attempting to obtain credit. We are getting a lot of inquiries from individuals affected by the downturn in the economy.”

Being high risk means these borrowers can expect a higher interest rate than what traditional banks offer, Maddox said. He was unable to provide a definitive interest rate, because each loan is considered on its own merits.

“We are here because banks are still a little more cautious,” Maddox said. “Nevertheless, I believe the worst is behind us. Capital is flowing, and loans are being made.”

Jeremy Aguero, principal with Applied Analysis, confirmed that Nevada’s commercial real estate industry is making a steady ascension, but is cautiously optimistic about the rate of that improvement. He said that while indicators show an increased interest in commercial real estate, Nevada still has a long way to go.

“Rental rates are creeping up, allowing for speculative development,” he said. “Still there are not a lot of guys looking, but it’s substantially better than last year. No one has the expectation that it will go back to 2006, nor do we think it should. Where we are is a more stable market that is more conservative as we should be. It was unrealistic where we were before. Banks want deals that make economic sense. Nevada banks want to be lending, but are still concerned with a lot of overages that can lead to defaults.”