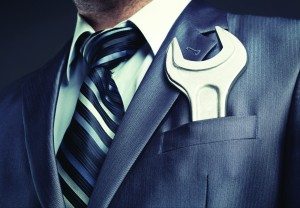 Henderson, now in its 61st year, has evolved into a first-rate location for companies. Today, this progressive city delivers exceptional services and amenities for businesses, living up to its moniker: the Las Vegas Valley Address for Business Success. It’s home to many nationally and regionally known enterprises; others are in the process of making it so. More than 10,000 business licenses are active in Henderson, and at any given time, the city works with about 100 companies considering relocating or expanding there.

A huge draw is the city’s ability to address businesses’ needs. In fact, Henderson’s Economic Development and Redevelopment Departments aim to quickly and smoothly facilitate companies through the process that leads to launching their new Henderson operations.

“It’s just a very good city to work with, very open door, from the mayor and city council to the administration and the staff,” said Doug Roberts, a partner of Panattoni Development Co., which owns, develops and leases industrial, office and retail projects globally, including ones in Henderson.

“We like to call ourselves facilitator, connector and advocate. We really work to help businesses be successful,” said Barbra Coffee, the manager of Economic Development and Redevelopment for the City of Henderson.

Conducting business in Henderson costs less than in other places due to certain city and state tax benefits. The recent Kosmont-Rose Cost of Doing Business Survey rated Henderson, out of 300 locales, as a “Very Low Cost City.” Henderson boasts one of the lowest property tax rates in the Las Vegas metropolitan area and the state as a whole.

“We get everybody together around the table, from fire and building safety to community development and utilities, to discuss the projects and answer questions,” Coffee said. “Time is money for a company, and Henderson understands that.”

Henderson’s location allows it to serve as an ideal transportation hub. Major highways serving the city include I-15 (a direct route to Southern California), US 93/95, Highway 146 and I-215. The area is also easily accessible by air via McCarran International Airport and the Henderson Executive Airport. Henderson’s close proximity to Las Vegas equates to global exposure by utilizing the area’s fame.

“A lot of our existing businesses tend to say that they get a lot more face time with their customers by virtue of being in the Las Vegas area,” Coffee said.

Companies can also take advantage of Henderson’s low-cost real estate, located primarily in redevelopment areas such as the Water Street District. The vision for this downtown area is a traditional Main Street: a walk-able, urban community that includes office, retail and residential components with dining, entertainment and the like.

Henderson has over 13 major business parks/industrial centers. One of the City’s newest is South 15 Airport Center, a 153-acre expanse with build-to-suit opportunities for sale or lease. The developer, Panattoni Development Co., has already constructed a 320,000-square-foot distribution center there for FedEx Ground, and a second, 100,000 square foot build-to-suit facility, has been contracted for.

“The biggest thing is that FedEx is there, which gives a lot of credibility to the park,” Roberts said.

In May of 2014, Henderson will auction three new parcels for development. The parcels will total 167, 108 and 81 acres for business park development.

Another huge benefit for businesses moving to the area is Henderson’s educated and fast growing workforce. By 2020, the city’s population is estimated to exceed 335,000. About 64 percent of its population, as of 2012, has completed some level of college and 37 percent hold, at least, a college degree. Further, the more than one million people living within 25 minutes of Henderson enhance the local labor pool.

One of many companies to capitalize on Henderson’s advantages and offerings, VadaTech Inc. recently moved into a new, 72,000-square-foot building to expand its assembly to six from two production lines. The company will eventually employ 50 plus people. VadaTech provides embedded computing solutions from board-level products and chassis-level platforms to configurable application-ready systems.

“Henderson was originally chosen because of its proximity to a major city while having an aesthetic suburban feel, also because of the friendly business climate and proximity to western and southwestern region customers,” said company CEO Saeed Karamooz.

Barclaycard US has also leased 50,000 square feet in two buildings and is using one as an additional call center. It’s likely to employ approximately 1,000 full-time workers when fully staffed. The company, headquartered in Delaware, is in the payments business.

“We really wanted to take advantage of the Pacific time zone,” said Craig Peters, the managing director for customer care operations. “The labor market is fantastic; there are actually a lot of people in the labor force who have the skills we’re looking for. There is not a lot of risk for natural disasters and storms.”

After it has been completed, Life Time Fitness Inc. will use its new, two-story, 170,000-square-foot facility for Life Time Athletic Henderson, an exercise facility with an indoor tennis center, spa and restaurant. Headquartered in Minnesota, the company helps organizations, communities and individuals achieve their total health objectives, athletic aspirations and fitness goals.

“Henderson has the qualities Life Time Fitness Inc. proactively seek when looking for new communities/markets to enter—a strong quality of life and growing economy, a strong population and population growth, family oriented and community focused,” said Life Time Fitness CEO Jeff Zweifel. “There is a nice mix of small to large companies, first-class shopping destinations and an overall sense of growth—imperative for the success of any company choosing to become a part of a city.”

Flowers Baking Co. is also new to Henderson, having taken over an existing, 230,000-square-foot facility. The company is a subsidiary bakery of Flower Foods, a company that makes, markets and distributes fresh baked goods nationwide.

Looking at the company Henderson keeps and the businesses moving to the area makes one simple fact clear, Henderson is business friendly.

“That makes a difference,” Coffee said. “When a company comes here, we’re going to take care of them. We’re going to move quickly, get them answers that they need. Companies often tell us, ‘We just knew the minute we came into Henderson that this is where we wanted to be.’”

A Place to Call Home

A major consideration when moving to any area is the type of lifestyle that employees and executives can expect. Those considering Henderson can rest assured that they and their employees will be comfortable and enjoy living there. It offers a superior quality of life and numerous opportunities for fun, education and involvement. Last year, Henderson ranked No. 58 on Livability.com’s Top 100 Best Places to Live list and garnered the sixth spot on Law Street Media’s Top 10 Safest Cities with populations over 200,000.

“I love it. It really is a great place to live,” said Robert McGibney, a 14-year Henderson resident and the division president of KB Home Las Vegas, a residential builder with projects in the area. “Even though Henderson is the state’s second largest city, it still feels like a place that holds small town values, where people know their neighbors.”

Cadence is a new, 2,200-acre community near downtown Henderson, surrounded by existing homes and businesses. The LandWell Co. is the project’s developer and plans for Cadence include 13,250 residences, three office buildings, 450 acres of open space including a 50-acre central park, a 100-acre sports park and 30 acres of trails. Home styles will vary, and prices for many will start in the low $200,000s. Home sales will begin in the summer. Leasing for commercial space is already underway.

“The LandWell Co. and Henderson share a similar vision for Henderson—to make the community one of the best places to live,” said Cheryl Persinger, vice president of marketing for the project. “The idea behind Cadence is to create an open community with access to Henderson’s amenities, including historic downtown Water Street, outdoor trails and parks, and where neighbors can get to know one another.”

New single-family homes and townhomes are also being built along with parks in the 1,500-acre community of Inspirada, located at Bicentennial Parkway and Via Firenze. KB Homes Las Vegas and Toll Brothers currently have homes for sale there. They, plus Pardee Homes and Beazer Homes will debut diverse, new products this summer. The four companies comprise Inspirada Builders LLC, which owns Inspirada’s residential component. Infrastructure of the villages—seven total—is rapidly being completed. Eventually, Inspirada will contain an 85-acre system of parks, trails and open spaces.

“We do have the top excelling schools in Clark County and continue to follow that pattern,” Coffee said.

Roseman University of Health Sciences, just last year, finished renovating a building adjacent to its Henderson campus. Of the 42,500 square feet, 8,662 will be used for faculty research, the remainder available for future expansion. The school also recently announced its intention to develop an allopathic medical school, adding to Roseman’s current health science programs.

“The city was a champion of our institution since it was founded in Henderson in 1999, and they continue to be champions of faculty, staff and students as they help improve the quality of healthcare in the city and all of Southern Nevada,” said Jason Roth, vice president of communications and public relations.

Touro University Nevada, a private, non-profit institution offering medical degrees, health sciences and education programs, is growing as well. Construction has begun on a 15,811-square-foot expansion that will more than double the size of the existing Touro Health Center and house an active aging center, a senior activity center and an enlarged student health center.

Nevada State College, founded in 2002, also has significant plans to expand in Henderson. The school recently broke ground on two new buildings, a nursing, science and education building and a student activity and administration building. The buildings are the institution’s second and third permanent buildings and will total approximately 130,000 square feet.

The potential lifestyle of Henderson attracts many. For fun, there are more than 57 parks, over 180 miles of trails and several golf courses. In addition, only short drives away residents find attractions such as Mt. Charleston, Lake Mead and Red Rock Canyon, all prime places for outdoor activities from skiing to rock climbing. Entertainment, fine dining, shopping, theaters, gaming and more are available in Henderson and on the nearby Las Vegas Strip. World-class cultural events and performances frequently occur in the city, along with annual community events like the Fabtech Desert Classic, Winterfest and Shakespeare in the Park.

“There is a great sense of community, with the city’s nice balance of recreation, entertainment, shopping and restaurants, along with outstanding schools and neighborhoods,” Roth said.

For more information on Henderson and what the area has to offer, go to www.hendersonmeansbusiness.com.