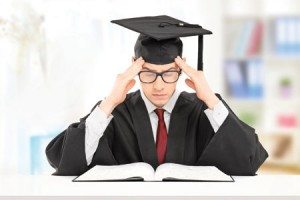 Education and economy go together. It’s almost like an equation: education plus workforce equals a healthy economy. A top flight, community-involved system of higher education is a draw for new industries looking to locate within a state. There’s a need for research institutions, an educated, trainable workforce and a healthy feeder K through 12 school system that prepares students for higher education.

Nevada doesn’t have all the parts of that last equation. Nevada schools have shown some top rankings – U.S. News & World Report ranks University of Nevada, Reno (UNR) as a top-tier school, and it’s a National Merit Scholarship Sponsor school with 46 national merit scholars currently. University of Nevada, Las Vegas (UNLV) is ranked by the Carnegie Foundation in the top 4.6 percent of 4,600 research universities. Nevertheless, Nevada’s university and college numbers are still significantly lower than they should be.

But there are steps that can be taken to improve Nevada’s system of higher education. And those steps are being taken.

Enrollment in Nevada’s seven colleges and universities is down as the economy recovers. Headcount for 2013 was 104,681, said Page; that number’s down from a peak in 2010 of 114,809. “If you were to ask why the numbers are down now, it’s a couple things. With an improving economy, people are back in the workforce, they’re re-employed, so actually we get more kids when times are not good and they’re trying to get jobs and better themselves.”

As Dr. Maria Sheehan, president, Truckee Meadows Community College (TMCC) in Northern Nevada points out, a rise of students at the height of a recession means serving more students with fewer dollars. TMCC’s headcount is leveling off, the post-recession drop in enrollment slowing.

Enrollment at College of Southern Nevada (CSN) is basically flat. It rose to 44,000 mid-recession and as the economy recovered it dropped to 36,000. Current enrollment is 37,000, with an additional non-credit enrollment of 14,000.

Of the students enrolling in 2012, about a third needed remedial math or English. The good news, according to Page, is that number is down from previous years when it stood between 33 and 34 percent. “It’s edging down a bit. One of the things that Nevada as a state has done is to implement the Common Core Standards. That should help ensure high school graduates are prepared for higher education.” The Common Core State Standards Initiative provides consistent, clear guidelines for high school curriculum.

A pilot program with Washoe County School District allows UNR’s writing and math specialists to work with instructors and present remedial classes at high school levels as college preparatory classes. The school district then performs testing and modifies course work. In Southern Nevada, the UNLV Dean of the College of Education meets monthly with the Superintendent of the Clark County School District to discuss college prep.

This will be increasingly important as criteria admission standards for coming into Nevada higher education change. The Board of Regents raised the minimum high school GPA for admission to 3.0 and requires a select set of college preparatory courses. Starting in the spring of 2014, all juniors will take the SAT or ACT; those who don’t quite meet college placement standards in math and English will have a chance to improve those skills senior year. “The objective of that pilot program is to stamp out the need for remedial education as students move from high school into college,” said Dr. Marc Johnson, president, UNR.

“One of the benefits of NSHE colleges and Universities is that we all reside in the same system, which really pushes you toward better collaboration,” said Sheehan. TMCC is looking to provide its curriculum for developmental courses to the Washoe County School District to encourage testing that utilizes college instruments. “So we have a real solid assessment of how students are performing in terms of college level achievement. The earlier we integrate the information for students, teachers, principals, parents and the institution of higher education that will be receiving the student, the better,” she added.

Graduation rates matter, and not just because an educated workforce is a draw for new industries. In the 1970s, 70 percent of jobs available only required a high school diploma; now that only 40 percent of those jobs remain.

The Board of Regents also has a presence on the industry sector councils for the growing industries identified in the 2011 Unify, Regionalize, Diversify report created by Brookings Institution.

NSHE and its institutions work with the Department of Employment, Training and Rehabilitation (DETR) and economic development authorities to help prepare the workforce for new industries. In December 2013, Nevada was mandated as one of six states authorized for drone testing. Currently, both universities offer new minor degree programs in unmanned systems.

Interacting with economic development authorities allows NSHE institutions to estimate the number of jobs opening in specific industries so they’re neither over nor under training the number of students needed, according to Sheehan. If too many students are graduating in one field, the institution can temporarily eliminate that program.

Research capabilities at higher education institutions is another important component for attracting industries to the state. “Research is now being recognized as the foundation for innovation and commercialization of intellectual properties,” said Johnson. He points to Utah which invested heavily in higher education for workforce development and research. The state has started up many new businesses in the last five to 10 years based on university research. AB449, passed in the 2011 Legislative session, established a fund to finance research institutions within NSHE.

One possible solution to low graduation rates for students in higher education is the Complete College America (CCA) program, which works with states to significantly increase the number of higher education graduates.

CCA has several different initiatives to help move high school students from remedial education into higher education. One such initiative sets a goal to increase the number of Nevada students that complete college or attain 30-plus credits each year.

In trying to meet those goals, the NSHE Board of Regents came up with initiatives like the 60/120 credit policy that caps a bachelor’s degree at 120 credits and an associate degree at 60 credits. “We were noticing over time a certain amount of credit creep,” said Page. “Kids weren’t graduating on time or at all and I think that’s one reason we see low numbers.”

One of the problems Nevada higher education faced during the economic boom was the growth of programs in colleges and universities to meet new career needs. Now that enrollment numbers have dropped and graduation or completion numbers are down, low yield programs that aren’t producing graduates need to either come up with a plan for increased degrees or be eliminated as a program.

Along with capping credits in bachelor and associate degree programs, another policy aimed at moving “professional students” along into the workforce institutes a 50 percent surcharge for students who accumulate more than 150 percent of required credits.

Another program, 15 to Finish, encourages students to take 15 credits every semester. Economic facts of life mean not everyone can attend full time, but 15 credits a semester adds up to 120 credits in four years. The program stresses academics and completion, and is monitored to ensure students have access to classes and tutoring help if they require it.

UNR didn’t take across the board funding cuts, according to President Marc Johnson. “We actually closed a number of programs that were either not squarely in our mission or were not highly productive in terms of attracting students or producing research.”

Probably the biggest, most significant change is performance funding, said Page. Where before institutions received funding based on the number of students – “If you had a pulse, you got the funding,” said Page – now the number of students graduating becomes part of the matrix. “Are you getting them through?” Page asks. “You get a higher funding if you do that.”

The last Nevada Legislature passed a bill allowing colleges and universities to keep the fees and tuition they receive in the institution where the students are attending, rather than going into the state’s General Fund and being redistributed.

The change encourages institutions to grow the student population. “We have been putting our resources into more tenure track faculty positions which have the responsibility for the full mission of the University, and we’ve been building back services to students like financial aid counselors, more advisors and more graduate teaching assistant positions,” said Johnson.

While the intent of the new funding formula is to allow colleges to keep fees, the reality is the formula still needs tweaking, said Michael Richards, president, CSN. “It’s taking some time to work through some of the elements of the formula,” added Richards, who indicated CSN faced budget cut after budget cut, affecting the college’s ability to meet student demand for wrap-around services such as advising, counseling, support services for some courses and financial advising. “We’d like to see the higher education budget in the state begin to return to levels before the recession.”

Fiscal year 2012-13 was the first year in five where the higher education budget wasn’t reduced from the previous year, said Page. It didn’t go up, but it didn’t go down, either, for the first time in a period of time during which NSHE lost 29 percent of its General Fund allocation, a $210 million dollar loss. In 2013-14 there’s expected to be a slight increase as Governor Sandoval adds back funds to eliminate the 2.5 percent pay cut enacted during the 2011 Legislative session.

“There’s no doubt the recession challenged the university, but adversity forces more focus on things that create the most bang for the buck,” said Donald Snyder, acting president, UNLV. The previous UNLV president, Neal Smatresk navigated the recession years, increasing institution focus on the type of research that attracts federal and corporate grants, which in turn benefits both the university and the state.

One of the benefits of the Brookings report identifying Nevada’s industry sectors is that, rather than discussing every industry but our core industry, as so many economic development studies have in the past, the report started with gaming and then branched out.

“It’s necessary that our core industry be sound, healthy and vibrant to allow other areas to develop,” said Synder. “This economic development plan starts with the importance of the primary industry. Of course this university is very tied into it with the UNLV Hospitality Management Major.” Add in the research capabilities and plans to build a new UNLV medical school, which would draw both research and add approximately 2,000 jobs as well as an estimated $1.2 billion to the economy, and the importance of higher education in Nevada is obvious.

The funding picture still looks thin, said Johnson, but with the new funding formula he expects the state will increase university funding as case loads develop. “As institutions grow their enrollments and grow their weighted student credit hours, which is the real key figure, then the state will fund those additional students. It is to the state’s advantage to encourage more students to get degrees and then succeed all the way to graduation to build this highly educated workforce that’s necessary to attract industry to the state.”