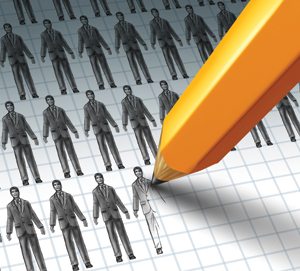 It’s been a while now since the start of the nation’s recession that so harshly impacted Nevada. At its peak, in October 2010, the state’s unemployment rate hit 13.8 percent, and activity in numerous sectors dropped drastically. About two years ago, Governor Sandoval called for the creation of 50,000 Nevada jobs by the end of 2014. Numerous organizations—for economic development, job training, higher education and others—have been working to achieve that goal and also bolster the Silver State’s workforce. So what does Nevada’s unemployment picture look like today?

“It’s not all exploding, but it just seems like good energy and good healthy growth,” said Andy Katz, president of Manpower Inc. of Southern Nevada. The franchise, with four Las Vegas offices and two in Northern Arizona, offers job placement for seasonal or special projects and temporary-to-hire jobs, recruits and hires executives and provides skills development.

Jobs are being created in the Silver State. The job growth rate has been increasing since its 2010 peak. Between the start of 2011 and the end of 2013, 49,000 jobs were established (19,000, or about 39 percent, in 2013 alone). It’s expected the state will reach and likely exceed the 50,000 mark for new jobs within the year, said Frank Woodbeck, director of the Nevada Department of Employment, Training and Rehabilitation (DETR), which provides assistance in job training and placement, vocational rehabilitation, workplace discrimination, and collection and analysis of workforce and economic data.

Companies are hiring. Jim Annis said his firm has seen a dramatic uptick starting in 2012 and continuing through today in requests for job candidates for permanent, temporary-to-hire and executive positions. Annis is the president/CEO of The Applied Cos. in Reno, the umbrella entity encompassing Applied Staffing Solutions, which places workers in temporary and temporary-to-hire jobs.

“Business owners have a little more confidence in 2013 than in 2012 and want to make investments in personnel rather than saying let’s have fewer people and work harder,” Annis said. “Companies are wanting to increase market share as we’re growing out of the recession.”

In fact, the state’s jobless rate has dropped nearly 5 percentage points since its high, DETR data show. It was 8.8 percent, encompassing 130,000 individuals, in December 2013, the most recent month for which statistics are available. This compares to the national average of 6.7 percent, per the U.S. Bureau of Labor Statistics. Nevada’s unemployed dropped by 23,000 people in 2013 alone. In addition to the jobless, discouraged individuals, or those who’ve given up looking for work, number about 15,300 (the state’s total labor force surpasses 1 million).

“The unemployment number is dropping to a lesser degree than employment is increasing because of people coming back into the workforce. That’s a good sign for us,” Woodbeck said.

Despite the improving economic numbers, the market remains an employer’s one in Nevada, Woodbeck said. This is due to the state still having more unemployed residents than is seen in a healthy economy and real wages having increased only slightly since 2007.

Some of the currently busier sectors in terms of hiring are construction, retail, professional business services, healthcare, tourism/hospitality, accounting and trade/transportation/utilities. This is to be expected given Nevada’s work to transition from an economy based on hospitality, construction and mining to a more diversified one. The focus today is more on broadening other industries, including manufacturing, aerospace defense, logistics and operations, healthcare, information technology and agriculture. As a result, the state’s workforce is changing.

“That transition of the economy is bringing a different type of worker or a re-trained worker into the workplace,” Woodbeck said.

Nevada companies easily can find trainable workers, Woodbeck said, but that’s not the case when seeking individuals with specific skill sets. According to Katz, the state lacks sufficient individuals with higher-level skills, particularly in the science, technology, engineering, and mathematics (STEM) areas. For instance, when recruiting executives with specific skills, both Manpower and Applied Staffing Solutions have had to look out-of-state at times for prospects.

Additionally, in the future, Nevada will need more workers with a postsecondary education, said Kevin Page, chairman of the Nevada System of Higher Education’s Board of Regents (NSHE), which sets policies and approves budgets for Nevada’s entire public system of higher education: four community colleges, one state college, two universities and one research institute.

“We have to do a better job in higher education,” he added. “We need to graduate more kids.”

Among other strategies and initiatives, NSHE, with its Complete College America program, aims to gradually increase the number of certificates, associate’s and bachelor’s degrees awarded. Its goal is an additional 1,064 per year through 2020.

The DETR, too, has similar programs and continues to develop others to assist individuals with job skills and training, provide hiring incentives to companies and help them find qualified workers. One pilot program slated for launch this fall, in collaboration with the Washoe County School District and Truckee Meadows Community College, would provide career guidance and mentorship to career-less 18 to 22 year olds with or without a high school diploma or GED equivalent.

“We’re constantly looking at programs we can create that may or may not be formalized. The engagement with other agencies, whether it be K-12, higher education or both, is really what our task and our job is as far as I’m concerned,” Woodbeck said.

As part of the state’s economic development efforts, other hiring incentives—such as tax abatements—exist for companies moving to or growing in Nevada that meet two of three thresholds in terms of capital investment, number of employees to be hired and average wage. With the Silver State Works initiative, for instance, qualifying employers can get up to $2,000 per employee in incentive reimbursements or training allowances for newly hired workers.

While business is on the rise for many companies, they’re hesitant to hire permanent employees, opting to stay flexible instead with temporary employees, oftentimes hired through an employment agency. This way, the hiring firm is responsible for payroll, taxes and benefits—an advantage in light of the Patient Protection and Affordable Care Act (ACA).

Another trend is large organizations reducing their full-time workers’ hours from 40 to 30 as under ACA, a “full-time employee” or “full-time equivalent” (FTE) is one person employed an average of at least 30 hours per week.

“There is some uncertainty going on with the whole health insurance thing,” Katz said. “What’s this going to cost us? Should we pay the fine, and let the person go through the exchange? Or is it going to be too much?”

So what does the ACA require of companies? First, how they’re affected depends on which size category they fall into, as each has its own provisions. The categories are:

Employers in this category that don’t provide coverage and have at least one employee who receives a credit or subsidy through an exchange must pay a penalty for not offering coverage. The penalty is $2,000 annually times the number of FTEs, minus 30.(Thirty FTEs are exempt; this is to give some leeway to businesses bordering between the medium- and large-sized employer categories.)

When 50-plus employers provide coverage but the insurance doesn’t pay for 60 percent of covered healthcare expenses for a typical population, then employees may buy coverage through an exchange and receive a premium tax credit. In this case, the employer is penalized for not providing affordable health insurance. The same holds true for employers offering coverage but the employees have to pay more than 9.5 percent of family income for it. The employer penalty in both of these scenarios is $3,000 annually for each FTE receiving a tax credit, minus 30, up to a maximum of $2,000 per FTE. Note that these penalties aren’t tax deductible by employers whereas health insurance premiums are.

“Many times when I talk to companies, they’ll say, ‘the heck with it, I’m just going to pay the penalty,’” Annis said. “That’s the wrong approach to take. It’s not the right decision for the long-term of your organization.”

This is because companies must continue to be able to attract and retain employees in this competitive marketplace, and offering benefits helps in that regard, Annis added. Additionally, in about 10 years, competition for middle and upper management will be fierce because there will be fewer individuals to fill those jobs as the number of Gen-Xers will be significantly lower than that of Baby Boomers.

Another ACA-related expense for certain companies will come with the required compiling and reporting of data related to their health insurance offerings. The first reports are due in 2016.

On the flip side of ACA costs, however, is a credit that’s available for small businesses to help them offset their health insurance costs, according to the U.S. Small Business Administration. Small businesses with fewer than 25 FTEs may be eligible for the federal Small Business Health Care Tax Credit, which works on a sliding scale and as of January 2014, has increased to a maximum of 50 percent from 35 percent. To qualify, small businesses must: 1) have average annual wages below $50,000; 2) contribute 50 percent or more toward employees’ self-only premium costs; and 3) buy coverage through the Small Business Health Options Program (the opening of the SHOP has been pushed back to Nov. 1, 2014.)

The credit may be claimed for any two consecutive taxable years beginning in 2014 or a later year, through the SHOP. Starting in 2016, employers with up to 100 employees may participate.

Another potential expense for Nevada companies would be the maximum 2 percent proposed margins tax that the state’s citizens will vote on in November. Meant to target big business, the intent of the tax is to raise about $800 million for Nevada’s primary education, according to The Education Initiative. Companies whose annual revenue is $1 million or less would be exempt from the tax. Those whose income exceeds $1 million would pay 2 percent on 70 percent of that total revenue. For example, a company with annual revenue of $1.5 million would pay 2 percent on 70 percent of that $1.5 million, or $1.05 million, which would equal a $21,000 tax.

All companies should look closely at and understand their tax, health insurance and other responsibilities as employers, experts advised. They must embrace human resources more than they’ve done in the past.

“As business changes, there are more and more issues, more and more regulations and moving pieces from an employment standpoint that require more diligence and protection,” said Annis.