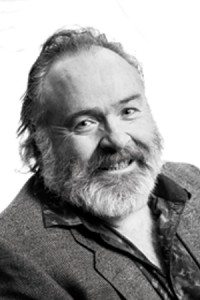 American businesses are finally emerging from the recession – some of us survived bruised and battered, others didn’t make it and some companies managed to succeed by a combination of business smarts, ruthless cost-cutting and just plain luck. If the value of going through a crisis lies in the lessons we learn from it, maybe it’s time to ask what our experiences during the recession taught us.

Successful businesses learned a lot of lessons from the recession: they learned to re-think their priorities and their budgets and do more with less. They learned the importance of developing and nurturing relationships: with their banker, their vendors and their customers. They learned how to cut costs to the bone without cutting into the muscle.

Another thing they found out during this time was who really had integrity and who didn’t – and there were some big surprises. They found that honest people who continued to be stand-up folks and pay their bills on time were sometimes thrown under the bus by companies that lacked integrity. Unethical companies penalized their customers by hiding behind clouded federal rules and regulations, so they could enjoy the benefits of a federal bailout, even if it cost customers who had nowhere else to go.

What it boils down to is this: is it okay for a company to cheat customers, lie on financial statements, cut corners on workplace safety or bribe politicians, just because times are tough and you don’t want to lose money? A lot of people seemed to think so. But no matter how you try to justify it, morality doesn’t change according to the health of the economy. Right and wrong remain the same, no matter what, and that applies to businesses as well as individuals.

During the recession, it sometimes seemed like cheating was getting rewarded, while honesty got punished. The very companies that helped cause the recession in the first place – the “too big to fail” companies whose unethical practices pushed us all to the edge of the fiscal cliff – were the first ones to get a bailout from the taxpayers. Businesses like Solyndra with politically-connected owners got financing from taxpayers when the taxpayers themselves couldn’t get a loan from their community bank.

So, were ethical businesses “chumps” to keep on dealing honestly with creditors, shareholders and customers during the recession? No, I believe they’ll be rewarded in the long run because a company’s good name is its most valuable asset. Businesses that developed a reputation for underhanded business practices or unfair treatment during the recession will have a hard time succeeding now that the recession is winding down. Both consumers and investors have learned to be less trusting because of what happened, and they’ll closely examine any company before doing business with it. Failing the integrity test can be the kiss of death, and it should be.

On the other hand, if you’ve been paying your bills even when it hurt to do so, your suppliers and lenders will remember. If you made the effort to work with customers when they had trouble paying you on time, they’ll stick with you instead of going somewhere else. And if your employees saw you cutting costs so you wouldn’t have to lay them off, they’ll reward you with loyalty. That’s the way businesses succeeded before the boom-and-bust we’ve just been through, and it’s the formula for long-term success, no matter what’s happening in the economy.