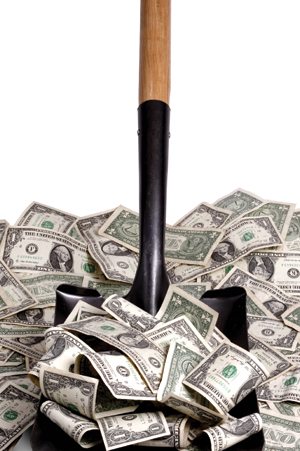 While a noticeable lack of silver in the Silver State has put the pinch on residents and businesses in recent years, one of the few industries to have thrived has been debt collections.

As a result of the state’s heavily touted, sky-high unemployment rates, we’ve seen explosive growth not only in foreclosures but also in household debt. According to Consumer Reports, in 2010, Nevada had the third-highest average household credit card debt in the nation, at $6,517, and the Bankruptcy Institute reported Nevada’s bankruptcy rate as the highest in the nation in 2011. The Credit Card Debt Resource Center says that the state’s average FICO score of 655 is the second-lowest in the nation, well below the national average of 680 (below 700 is considered “poor”).

Someone has to go after all this debt, which is why Nevada’s collections industry has grown by leaps and bounds.

George Burns is commissioner of the Financial Institutions Division of Nevada’s Department of Business and Industry. His office regulates and licenses depository (banks) and non-depository (payday lenders and collection agencies) financial institutions in the state. Burns says that since his appointment in July 2007, at the onset of the financial crisis, collections work has been brisk.

“It’s probably grown about 500 percent since then,” Burns says. “When people lose jobs and things go down, collection agencies spring up to fill the need. The thing we’ve found interesting is that in our planning, budgetarily and resource-wise, for the coming biennium, we anticipated a decrease as the economy improves. But we’ve seen no decrease in the number of agency licensees. We’re actually adding to our current base. I don’t know about the rest of the country, and I can only speak for Nevada, but to me that’s going to be the most telling sign of how well the ‘recovery’ is going.”

“Collection agencies see recessions coming first, even before people start defaulting on homes. People tighten up quickly, and we can see it coming,” says Marel Germain, president of the Nevada Collectors Association (NCA) and president and CEO of her own collection agency, Credit Bureau Central. The NCA promotes good collection practices, educates, and lobbies on behalf of its members.

“We’ve lost more jobs per capita, and had the biggest percentage of underwater homes, the most foreclosures, the highest unemployment rates … and the number of collections, or inventory, has risen proportionately,” Germain says. “So now that it’s seven or eight years later, is it better? Probably a little bit. Things are leveling out in terms of employment, and the foreclosure rate has dropped, but we’re still in the top three or four [in the nation].”

Germain insists that most people want to pay their debts, and that most people have been contacted at least once by a collection agency. She explains that the real estate bubble caused a lot of people to use their home equity to refinance, or pull money out of their piggy banks to pay off debt and reinvest in homes. When they lost their jobs or saw their salaries cut, debts couldn’t be paid. But even as the economy begins its recovery, debt remains high, and people’s piggy banks are already broken. Despite employment growing, there’s no extra money lying around to pay off debt.

“The situation has improved a bit, but we are still in a recession in collections,” she says, adding that the first few months of the year (tax time) are even busier, since this is the time most businesses look at past debts and renew their efforts to collect on them before cutting their losses and writing them off.

Despite the ever-changing economy, very little has changed in terms of the collections industry’s regulatory environment.
Since the Fair Debt Collection Practices Act, an amendment to the Consumer Credit Protection Act, was passed in 1996, bill collectors have been required to observe strict guidelines while conducting collection activities, particularly with regard to communications with the debtor. Collectors may send one letter; postcards are forbidden, and envelopes may not indicate the purpose of the letter. Following that, collectors may place only one phone call, during which they must identify themselves immediately as calling only to confirm the person’s location. Collectors may not state that the person owes the debt. These calls are recorded, by law. They may not be made to consumers’ places of business, and must take place within “reasonable” times (unless explicitly stated otherwise, between the hours of 8 a.m. and 9 p.m.). There may be no threats of any sort, no constant ringing of phones with the intent to annoy, no misrepresentations, no accusations and no harm done to the image of the debtor.

Within the state, Nevada’s Revised Statute 649 governs collection practices, and the Financial Institutions Division examines collectors carefully each year to ensure compliance and maintenance of licensure.

“We vigorously license and examine collection agencies to protect the public interest in accordance with the law,” Commissioner Burns says. “Folks should know that at any time, if they feel something’s amiss, they can file a complaint with us; claim forms are available on our website. We’ll examine those complaints. If they’re getting contacted after appropriate hours, they’re threatened, or it’s hostile, or if the consumer says ‘do not contact me anymore,’ they have to stop.”

But while nothing has changed at the state level with regard to regulations, one new development at the federal level is the formation of the Consumer Financial Protection Bureau (CFPB), through the Dodd-Frank Act of 2010. Though the Federal Trade Commission has had oversight, states primarily governed their own collection practices until the CFPB was formed.

“The CFPB has more power, I think, than any other federal agency over businesses,” Germain says. “If you have a customer who writes to the CFPB, they track it. I think they have unlimited power, and they’ve issued some pretty big fines, in the millions, and against banks and finance companies.” In fact, a recent article in The Economist reports how the CFPB has come under fire recently for what many say is overstepping of bounds—filing suits for discrimination, predetermining “reasonable” terms for mortgage payoffs and even proposing laws that would allow it to examine financial institutions’ staff and suppliers to ensure sufficient diversity.

Germain says the biggest challenge for collectors today is ensuring compliance, not only with N.R.S. 649, but also with CFPB guidelines.

The collections industry has seen a number of interesting developments, resulting from the economy, the regulatory environment and technology.

Patrick Reilly is a managing partner in the Las Vegas office of the legal firm of Holland & Hart. He represents financial institutions (depository and non-depository) in suits filed for alleged violations of collection practices laws. He says that in recent years, Holland & Hart has seen growth in the number of suits filed over collections practices.

“What’s changed since the recession is the dynamics with the lawsuits filed against financial institutions—particularly class actions,” Reilly says. “Once the economy went bad in 2007, we saw an explosion in consumer bankruptcies. A lot of small law firms claimed to be bankruptcy lawyers. A lot of that has dried up now. Now they’re holding themselves out as consumer protection lawyers, and are filing suits over the consumer protections act. Even if you only win a dollar in a lawsuit, you can collect attorney fees.”

Nevada is among the three states seeing record filings for debt collection complaints. Reilly says that in one day, he encountered one attorney filing five separate consumer protections suits against companies.

“These lawyers hope to get enough suits to get class certified, then file big class-action suits. But these suits don’t help consumers; they help lawyers,” he says. “They just want to file and get a quick settlement, and pocket a few thousand dollars in fees.”
Reilly adds that the institutions he represents often will pay the claims made against them, because it’s cheaper than having him fight the claims in court.

“It’s a file-first, ask-questions-later kind of mentality, and it just drives up costs to do business,” he says. “They are the new ambulance chasers.”

Reilly recalls one instance in which his opposing counsel had posted an ad on Craigslist offering $50 an hour for former employees of his client to come in and talk about the business practices of their former employer. “It’s pretty sleazy stuff,” he says.

Technology has transformed the collections industry in many other ways, too, including helping them to stay compliant.

“One of the things we’re keeping an eye on is the use of automation, or ‘robo-calling,’ with pre-recorded messages,” Burns says. “For instance, they might say, ‘This is Acme Collection Agency, contact us immediately.’ It’s a generic, automatic dialer.”

He adds that the information age has enabled creditors to obtain additional information from borrowers, such as cell phone numbers and email addresses, meaning that auto-dialers can actually send texts and emails, too.

Are these new methods effective?

“I think it’s a matter of efficiency,” says Burns, “but I don’t know whether it’s more effective than a human calling.”
He adds that many agencies also can program auto-dialers to call only between 8 a.m. and 9 p.m.

“One of the areas of concern is that once you automate something, it’s difficult to turn it off,” Burns says. “Companies have to be very diligent. When they get a no-contact notification from a consumer, they have to be careful to adjust the system not to contact them anymore, in accordance with the law.”

For those calls placed by actual representatives, voice analytics software enables companies to closely monitor recorded calls in order to decrease cases of abusive language. This technology screens for certain problematic verbiage—terms like “garnish” or “sue you,” for instance, which could be considered threatening, intimidating or hostile.

But ultimately, says Germain, the consumer has control—to pay or not to pay.

“We can put it on a credit report, but we’re always guided by federal and state laws and regulations. And we’re also guided by our clients; the client is concerned about their business’ image,” Germain says. “My company takes the approach that you may owe the money, and we’d like you to consider paying it, and we’ll deal with you in a friendly, dignified way so the consumer doesn’t feel abused. It’s up to the consumer and the client to decide whether or not to do business again. We, as collection agencies, like to take the approach that it’s better to work with the consumer than against.”