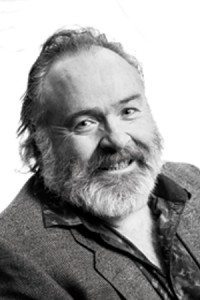 This year, more than ever, it’s vital to elect people who will support the interests and rights of the business community. Nevada needs pro-business officeholders to balance the rising tide of big-government Progressives who seem intent on destroying our economy as well as our way of life. Democrats controlled both houses in the 2013 Nevada Legislature, making it extremely difficult for Republicans to block anti-business measures. If business owners want to have any influence in the next legislative session, we need to elect more conservative Republicans in November. Now is the time to educate and mobilize your employees; your business and their jobs depend on it.

As I pointed out in last month’s commentary, Nevada voters will decide in November whether to institute a tax on gross receipts. If it passes (which would be a disaster for Nevada businesses), the next Legislature will have to answer questions about the details of setting it up. If it fails, you can bet that Democrats will put forth plenty of other measures to raise money at the expense of Nevada’s businesses. Either way, we need elected officials who realize that jobs are created by business, not by government, and that excessive taxation and over-regulation will kill jobs in Nevada.

Although the final date for declaring candidacy is March 14, several promising candidates have already announced that they’re running. Here are just a few of them:

Niger Innis, 4th Congressional District. Innis is a conservative African-American and Tea Party member who serves as the spokesman for the Congress on Racial Equality. He hopes to unseat Rep. Steven Horsford by reaching out to minority voters in the 4th congressional district, which is 54 percent non-white. He believes conservative values can help find solutions to America’s challenges.

Adam Laxalt, Attorney General. An experienced attorney and a Navy veteran who served in Iraq, Laxalt is an opponent of federal interference in state matters and has promised to support Nevada businesses. He is committed to free market principles and pledges to fight against the policies that tie the hands of job creators.

Patricia Farley, Senate District 8. Farley owns a concrete, paving and masonry company and is familiar with the challenges of business owners. As the former president of AFAN, which provides services to people with AIDS, she believes that we can be compassionate as well as fiscally responsible, and will look for ways to make our government more efficient.

Becky Harris, Senate District 9. Harris is a military spouse, practicing attorney, and has assisted her husband with his small business for the last nine years. Her three areas of concern are education, jobs and housing. She believes these issues must be addressed in order for Nevada to have a prosperous future.

Michael Roberson, Nevada Senate District 20. Elected to the Senate in 2010, Roberson served as the Minority Leader in the 2013 session. A staunch defender of conservative values and business principles, Roberson was a 2011 recipient of the “Defender of Liberty” award from the American Conservative Union (ACU).

For an updated list of candidates, visit the website of the Republican party in your area of the state. Then contact the candidates from your district, interview them and, if you agree with their positions, throw your support behind them. As the filing deadline approaches, I hope more young, conservative Nevadans will decide to run for office. Our state desperately needs them to help us steer a course toward fiscal responsibility and to protect the livelihoods of Nevada business owners and the employees who depend on them.