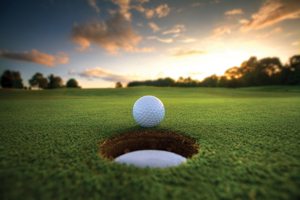 For generations, golf and business have gone together like steak and red wine.

Business executives forged bonds as they stalked a golf ball on a four-plus-hour hike across a beautifully manicured countryside. They exchanged small talk and found time to talk a little business, if not on the course then certainly over a drink or a meal in the clubhouse.

But times are changing. The accelerating pace of business and daily life can make it tough to justify a half-day commitment to anything, much less a round of business golf.

“Golf is still a wonderful place to get business done,” said Harry Turner, regional vice president for the Mainland U.S. for Pacific Links International in Henderson. “Playing a round of golf tells a lot about a person’s style and integrity.”

But the new normal includes so many competing demands on time that a four-plus-hour golf outing has become a luxury fewer can afford.

Nevada’s golf operators – both private clubs and daily-fee courses – are feeling the pinch and adapting.

The prevailing headwinds have been strong. The National Golf Foundation estimates nearly 3 million golfers put down their clubs between 2008 and 2011. Tough economic times spelled more hours at the office and fewer on the course. Corporate golf club memberships dropped sharply and about 150 courses across the nation closed in 2011 alone.

There’s unanimous agreement that Nevada is feeling the over saturation of courses that plagues the industry, and corporate golf club memberships are unlikely to return to peak levels anytime soon.

Locally, foreign investors are seeing opportunity where others see only headaches.

Stallion Mountain Country Club in Las Vegas was sold in October to C-Bons International Golf Group, a Chinese outfit with a U.S. beachhead in Gilbert, Ariz. C-Bons has hired Reno golf management firm Borders Golf Group to operate the property. Borders handles a host of premium locations in Colorado’s ski country and in California. The same team of C-Bons and Borders plucked Moon Valley Country Club in Phoenix from bankruptcy in 2012.

Pacific Links, a three-year-old Canadian company with an aggressive clustering strategy, is under contract to buy Dragon Ridge in Henderson. When the deal closes this month, it’ll be the third course in Las Vegas’ Valley the company has bought since 2011. And it wants more.

What is emerging from the chaos is a study of contrasting business models – those weaving golf into a lifestyle, those leveraging brand cache and those tied to the resort trade.

From his office near Lake Las Vegas, Turner oversees a growing string of golf courses for Pacific Links International. There’s the Pete Dye Golf Club in Bridgeport, West Virginia and Dove Canyon in Southern California. Dragon Ridge will soon join Southern Highlands and South Shore in the Las Vegas area. Other divisions of the company handle a string of five courses in Hawaii, one in China and manage affiliate arrangements with dozens of clubs around the world. It’s quite a portfolio for a company that’s just three years old. And Turner confirmed Pacific Links is on target to add 50 courses – a mix of acquisitions and affiliations – by next summer. It plans to add another 100 within three years.

The credit goes to a business model that seeks to add value to the traditional golf club membership, Turner said, quickly adding that access to capital is a big help, too. Turner came on board in 2011 when Pacific Links bought the South Shore course from Textron Financial. South Shore is Turner’s baby, a quality course wrapped in a master-planned community of golf course-oriented living. He was part of the team that built the course in 1992. It’s “a very, very special course,” he said, “perhaps the best course design work of golf legend Jack Nicklaus.”

Pacific Links International founder, Du Sha, agrees and plays the course every time he comes to Las Vegas, Turner reported. That joy of playing challenging courses is one of the driving forces behind Pacific Links’ strategy. The company is focused on adding value to the traditional golf club membership. That starts with access to dozens of clubs around the world for vacation and business use. Golfers don’t like being tied to one course; they love new challenges, he said.

And that extra value extends to entertainment options for the whole family – from a cycling seminar to cooking classes. There are swimming pools and tennis courts, dances and musical events. Southern Highlands has a well-developed day spa program. South Shore has The Lakes, which bills itself as ‘Las Vegas’ most elegant venue’ for weddings and banquets.

Then there’s Pacific Links’ unique approach to membership fees. In a traditional model, a membership comes with a stiff buy-in and entails partial ownership of the club, with all the complications that implies. At Pacific Links, the non-refundable membership fee may be just 10 percent of the total. The rest can be financed over five to ten years interest free. If economic circumstances change, the membership is portable. And, worst case, a member can just walk away from the smaller investment. Turner described the approach as “removing roadblocks” to membership.

On the operations side, Turner said there are certainly economies of scale that come with the clustering strategy. And growth to six or eight Las Vegas area courses is in the plan, he confirmed.

At TPC Summerlin, Garfield Ogilvie, director of sales and marketing, sees a brighter future for the classic membership model.

TPC uses the cache of the Tournament Players Club brand and its role as the host of Las Vegas’ sole pro tour event to attract a host of corporate clients and executives who regularly mix business and golf.

Kevin Camper, senior vice president at Las Vegas Speedway, plays TPC Summerlin about once a week. “I’m in the relationship business,” he explained, “and it’s virtually impossible to get people in business to spend quality time with you.” Offering a memorable golf experience changes the calculation.

“People still want to do business with people they know and trust,” he said, and providing a memorable golfing experience, “resonates really well.”

Camper, who plays to a 14 handicap, said clients recognize the TPC brand and want to play where the pros play. He pays for a membership out of his own pocket, although the speedway does reimburse him for clients’ greens fees.

But today, TPC Summerlin boasts it is the home to Las Vegas’ sole pro tour event, the Shriners Hospitals for Children Open. Just as importantly, Ogilvie pointed out, it is the home course to the more than a dozen tour pros who maintain homes in Las Vegas. With that distinction comes an obligation to keep the course in top shape year-round, he said.

TPC Summerlin is one of more than 30 courses licensed by the Florida-based PGA Tour organization. TPC Summerlin members have access to all the TPC courses – a mix of private, daily fee and resort-style courses that includes the nearby TPC Las Vegas. TPC Summerlin is owned and operated as a private club by PGA Golf Management, a subsidiary of the PGA Tour.

TPC Summerlin’s appeal stretches beyond the links. Ogilvie rattles off a list of major companies that have used the course for functions, from a holiday party for Howard Hughes Corporation employees, to training seminars for Cox Cable staff.

Not long ago, revenue from such business functions was treated as “found money,” he explained. But today TPC Summerlin has a business development specialist who pursues such business, which has turned into “a significant revenue stream.”

And then there’s Shadow Creek.

Golf and Las Vegas resorts have been synonymous since the days of Bugsy Siegel and the early incarnations of the Flamingo. Today, the Valley is rich in excellent courses catering to resort visitors.

The choices run the gamut from the turn-of-the-century upstart Bali Hai Club right on the Strip – and its popular power lunch restaurant Cili – to the 75-year-old Las Vegas Golf Club and the venerable Las Vegas Country Club that saw service as a hotel-owned course before settling in as a private club steeped in tradition.

But Shadow Creek plays in a different league.

In 1989, casino mogul Steve Wynn redefined the genre by turning 320 acres in North Las Vegas into one of the nation’s top rated courses.

In those days, Shadow Creek was described as a club with just one member – Wynn. Entertainment figures, sports stars, politicians, captains of industry and Friends of Steve played the course, as did many employees of Wynn’s properties. Everybody else was left outside the fence, wondering.

As a marketing tactic, it worked. The course redefined the “wow” factor of business-focused golf. Wynn used it to woo politicians and financiers and to establish a clear line of who mattered and who didn’t.

Today, almost 14 years after the course shifted to MGM Resorts as part of the deal for the Mirage, the course has lost little of its luster. MGM dialed back the exclusivity by opening the course to guests at its properties willing to pay the $500 greens fee.

The course remains the host of the Michael Jordan Celebrity Invitational. The NBA great with a long history of losing big bets is a long-time friend of Wynn’s but had little trouble staying with Shadow Creek after it changed hands.

By some reports, fewer than two dozen rounds of golf are played there on an average day.

Wynn also moved on, building a highly regarded course at his new eponymous property. But in this incarnation, the course is public, open to resort guests, but still with a $500 greens fee.

Such is the nature of the high-end resort-golf business.

Perhaps this fall’s Shriners Open offered a glimpse into the state of golf in Nevada. The event, newly endowed with points toward the Fed Ex Cup, drew a vastly improved field that included nearly a dozen players from the high-profile President’s Cup event. Yet attendance was disappointing.

For the golfing public, it seems a time of “Tiger (Woods) or nothing,” Ogilvie observed.

That may be increasingly true for golfers in general. As Las Vegas Speedway’s Camper explained, only the promise of a memorable outing justifies the time commitment.

The good news is that in a magical place like Nevada, many courses are up to that challenge.