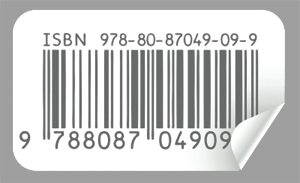 During the third quarter of 2013, the Las Vegas retail market continued to witness increased demand, largely sourced to tenants occupying previously vacant anchor spaces. The overall vacancy rate fell to 9.6 percent during the quarter, representing a decline of 30 basis points (0.3 percentage points) from the prior quarter (Q2 2013). The rate is down 70 basis points (0.7 percentage points) when compared to the same quarter last year (Q3 2012).

The retail market reported approximately 181,900 square feet of positive net absorption during the third quarter, resulting in 234,500 square feet of net move-ins for the first three quarters of the year. A number of anchor tenants leased space in power centers throughout the valley.

The retail market vacancy rate reached its lowest level in nearly five years in the third quarter. While vacancies are materially higher than pre-recession lows, the market has been experiencing increased demand from anchor tenants. As overall spending continues to outpace population growth and inflation, demand for retail space appears to be returning.

During the quarter, there were 31 businesses moving into shopping centers consisting of 68,373 square feet while during the same period, 23 businesses moved out consisting of 75,553 square feet. Much of the negative net absorption during the quarter can be attributed to two larger tenants moving out of their retail space; the Welfare Department in the Viewcrest Center and Zephyr Books in the South Virginia Plaza. During the quarter, several new tenants opened including Buffalo Wild Wings in the Legends and Café De Manila in the Town and Country.

The line shop vacancy rate has increased to 23.46 percent this quarter from 23.42 percent last quarter. The anchor vacancy rate held steady at 13.52 percent. This is the lowest anchor vacancy quarter rate since the third quarter in 2010. The overall vacancy rate is 17.56 percent, which is noticeably lower compared to the record high from a year ago of 18.84 percent. As the market stabilizes and the vacancy rates continue to decrease, it is incrementally taking a little pressure off landlords. However, with a continuation of high vacancy rates in the market, it remains a good market for tenants to find deals.

Download the Nevada Business Magazine mobile app for your iPad or iPhone or go to the View Issues 2014 page and click on January 2014 to view this article with accompanying statistics.