You are here: Home / Departments / Commentary / The Margin Tax Proposal: Initiative will Kill Business in Nevada 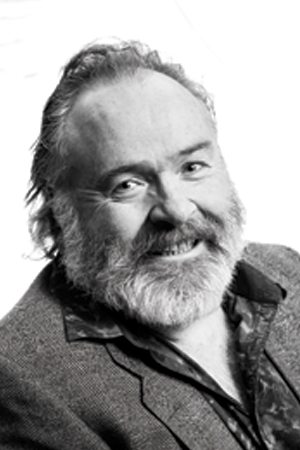 As a Nevada business owner or executive, you’re probably hoping that 2014 will be the year our state finally climbs out of the depths of the recession, but the so-called “Education Initiative,” which will come before the voters on the November 2014 ballot, could spell the end of any hopes for economic recovery. It has the potential to kill business in our state.

Here’s a brief outline of the proposal, which is more commonly (and more accurately) known as the Margin Tax Initiative:

In 2012, the Nevada AFL-CIO and the Nevada State Education Association (the teachers’ union) filed an initiative petition to institute a 2 percent tax on the gross receipts of most Nevada businesses. They got the necessary number of signatures by claiming that funds raised from this tax would be used to support education.

For example, if your annual sales total $1 million, you would pay 2 percent of 70 percent of your revenue, or $14,000, regardless of what your profit margin is, or even if you’re not making a profit at all. If you operate on a 10 percent profit margin, your net profit would be $100,000. So you would be paying $14,000 out of your $100,000 profit, an effective tax rate of 14 percent. This is much higher than California’s corporate income tax rate of about 8.8 percent. If you’re operating on a smaller profit margin, your effective tax rate would be even higher. The easiest way to figure out what your tax liability would be is to take your sales figure for the last 12 months (remember: sales, not profit) and multiply it by 1.4 percent. This is what you’d be paying to support the teachers union and their cronies, because there’s no provision in the initiative earmarking any of these funds for classroom instruction.

The only other state with a margin tax is Texas, where small businesses complain of disproportionate costs because they don’t have a staff of CPAs to handle all the paperwork required. Those who want to use the “cost of goods sold” calculation instead of deducting 30 percent of sales would be especially hard hit, according to the Nevada Taxpayers Association (NTA), because the margin tax calculates it differently than the IRS, so a business would have to keep two sets of records. The initiative also requires the Department of Taxation to post on its website the name of each taxpaying business and the amount of any tax paid, which has never been done before. Would you want your competitors to know what your gross receipts are?

According to the Tax Foundation, which publishes an annual list of business-friendly states, “Gross receipts taxes are distortive and destructive. Nevada should be careful about its options, as its ability to attract investment and capital depends greatly on its favorable tax climate.” Adding the margin tax would substantially drop our business-friendly ranking and sabotage the state’s efforts to diversify our economy. According to State Senator Michael Roberson, “The margins tax is a misguided, job-destroying tax. It will thwart economic development, drive existing businesses out of Nevada and put thousands of Nevadans out of work.”

If you care about the financial health of Nevada businesses, and of the overall Nevada economy, you need to educate yourself NOW about this dangerous proposal so you can spread the word about it and start working to defeat it.