You are here: Home / Features / Feature Story / Betting on Gaming in Nevada 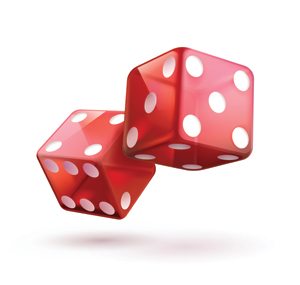 Nevada and gaming go together like peanut butter and jelly. The industry has been Nevada’s foundation for so long it’s hard to think of one without the other. However, as gaming changes, Nevada has found itself adapting and learning to find new ways to earn revenue in a market that, it would appear, everyone wants a piece of.

The bill allowing online poker in Nevada was signed into law in February, 2013. Two interactive sites are up and running, for less than six months, meaning there’s not enough data to assess the impact of online gaming on the Nevada economy. Long-term effects remain to be seen.

In fact, because the size of the online poker market isn’t yet known, the Gaming Control Board didn’t include estimates on revenue from it in the economic forecasts presented to the 77th Session of the Nevada State Legislature, according to A.G. Burnett, chairman, Nevada Gaming Control Board. Research from the Las Vegas Convention and Visitors Authority (LVCVA) indicates that the casino games played most often were slots (70 percent in 2009, 63 percent in 2011) while poker came in at 4 percent and 5 percent for those years.

“Many analysts speak to the small population in Nevada as being representative of the overall ‘liquidity market’ for online poker,” Burnett said. But keep in mind that Nevada allows non-residents to sign up and play as long as they’re within Nevada’s borders, a fact verified by sophisticated geo-location techniques including everything from GPS to cell phone tower triangulation. Including non-residents in the mix creates a potential for tens of millions to play, given Nevada’s visitor numbers.

Online poker is one of the changes coming to the Nevada economy’s mainstay – gaming. While diversifying the Nevada economy has been the battle cry for decades now, gaming remains a vital component of the state’s income. The industry survived the economic downturn in part because Nevada remains a drive-to destination for visitors.

“They’ve survived. I think that’s significant,” said Virginia Valentine, president, Nevada Resort Association (NRA). The industry is recovering, though visitor levels haven’t returned to their pre-recession highs during 2006 and 2007. According to Valentine, recovery in Southern Nevada is somewhat stronger than recovery in the north.

Statewide, gaming revenues decreased for two consecutive calendar years, then increased for three years in a row (2010 through 2012), according to Burnett. However, total revenue in 2012 was $2.0 billion, 15.5 percent below Nevada’s peak level of gaming revenue, $12.8 billion in 2007. Gaming saw a greater percentage loss during the recession than U.S. real gross domestic product, U.S. personal income and national U.S. gambling, according to research from UNLV Center for Business & Economic Research.

The gaming industry has come back very inconsistently, said Schwartz. In the North, Lake Tahoe and Reno gaming economies were suffering before the recession hit, and the recession exacerbated the situation; the decline in Northern Nevada gaming has only just stopped. “It’s leveled out, but it’s certainly not at the level it was several years ago.”

The numbers showing visitor volume and room nights and recovery in general may be somewhat skewed – during the recovery period some 18,000 rooms have been added in Southern Nevada. In addition, the numbers of both domestic and international flights have increased into McCarran International Airport and occupancy rates are trending up. “In general the trends are all moving in the right direction,” said Valentine. “But we still have a ways to go.”

While visitors are returning to the state and Las Vegas is experiencing record-breaking visitor numbers of some 39.7 million, the numbers of visitors haven’t returned to 2007 levels. And, says Schwartz, these visitors aren’t necessarily gambling. “People are coming here; they’re just not gambling as much as they used to.” Which isn’t to say they’re not playing – they are, but not at the same levels. “They don’t have the same amount of discretionary income as they did before the recession, and there’s a lot of economic concern today.”

Some of that economic concern is exacerbated by events like the federal government shutdown that happened in October 2013. Effects of the shutdown continue to ripple throughout the economy. September and October visitor numbers in Las Vegas were down in 2013 as compared to 2012, according to Dr. Stephen Brown, director, Center for Business & Economic Research, UNLV. Overall for 2013 visitor numbers are down from the banner year Las Vegas had in 2012, and September and October are lower than they were in previous years, showing a lack of consumer confidence around the time of the shutdown.

It’s not just the government shutdown that caused the shift; there’s been a shift in gaming expenditure away from Nevada and into other states. “If we look overall U.S. gambling or gaming numbers, they’ve been growing about the same pace as the economy overall and if you look at Las Vegas and Nevada gaming numbers, there was a big bite taken out during the recession. Even though it’s growing pretty strongly, we’re still below where we were,” said Brown. Gaming numbers haven’t kept pace with the growth seen at national levels – there are simply more gaming opportunities elsewhere in the country and they’re taking a bite out of Nevada gaming.

At both ends of the state, visitors and convention authorities are working to diversify the Nevada gaming experience, adding events and themed weekends to attract visitors to the area. “A lot of properties have undertaken large capital projects to refresh and create new attractions,” said Valentine.

“Revenues from entertainment, which includes shows, food and beverage, and other sources, continue to rise and were somewhat stable throughout some tough times,” said Burnett. “Gaming revenues are starting to follow.”

Continued gradual growth in statewide gaming revenue remains intact, Burnett said, driven by sustained growth in baccarat revenue, new investment and projects on the Las Vegas Strip, which continue to drive not only visitor numbers but to create jobs.

One of the new attractions to The Strip is Caesar’s LINQ, an open-air retail, dining and entertainment district on the Las Vegas Strip, which will feature a 550-foot observation wheel similar to the London Eye. Other properties are undertaking large capital projects to update and create new attractions as they reinvent themselves and their properties in an effort to continue to attract visitors.

What Happens in Vegas

Property owners continue to market the tremendous value of the Nevada experience, the cost of hotel rooms compared to other parts of the country and the wide range of entertainment. Nevada casinos strive to broaden their offerings.

At the same time, offerings are becoming broader. Part of the inconsistency in the gaming industry’s recovery is due to competition from California’s Indian reservation casinos and alternative locations for gaming. The impact from such competition is being seen more in Northern Nevada than in the south, though the entire state is feeling the pinch with global competition and regional expansion.

“I would say the impact of competition varies from local markets to regional markets to international markets and even within those sectors there are probably as many different impacts as resort operators,” said Valentine.

Research provided by the LVCVA indicates that there are more places to gamble outside Las Vegas. Only 25 percent of visitors said they were somewhat or much more likely to visit Las Vegas. That number is down from 39 percent in 2009 and 35 percent in 2010.
In an attempt to revitalize the Nevada experience, five to 10 years ago property owners began diversifying their operations, bringing in a larger share of retail, dining and entertainment options as part of their business models. Today these attractions are a much larger share of the industry than strictly gaming. In surveys, 65 percent of visitors in Las Vegas attended shows during their stay, down from 72 percent in 2008.

“It’s not a gaming-only industry anymore,” said Valentine. “It’s a very competitive environment and Nevada still has the most to offer in accommodations, entertainment, retail and dining.” Property owners work closely with regional convention and visitors authority agencies to protect the brand of Nevada and Las Vegas-style gambling. It’s a market brand visitors have come to be familiar with and, despite the proliferation of gaming in other states, people still seek the Las Vegas experience. “There are a lot of people who still see the brand as adding value and quality to the visitor experience, and diversifying their business model has been a big part of that.”

One of the changes coming to Nevada gaming is regulatory change. Nevada is the gold standard for gaming regulations worldwide, with state officials having the history and experience with licensing, the challenge for regulators has been preparing the state for interactive gaming licensing and the technology for mobile devices. Requiring regulators to keep up with the rapidly changing technology industry has been an added burden. “The Gaming Control Board is working very hard to see what is coming in terms of new technologies in the gaming space, be they land-based or online,” said Burnett.

Having been in the gaming business much longer than most other states, Nevada’s in the forefront, looking at online gaming and regulatory concerns since 2001, giving our state a head start over other jurisdictions.

“We’re in a position to move forward when the time comes to interact with other states,” said Burnett. “We also want to make sure we enter into agreements with states that have taken a similar approach to ours as far as regulation; things like player protection, problem gambling, setting appropriate limits, making sure the technology has been vetted, making sure the regulators are fluent in understanding the technology, etc.”

Many states look to Nevada as the regulatory benchmark and if an operator or owner can get a license in Nevada, he or she can probably get licensed anywhere. Nevada’s statutory requirements are rigorous. A full-blown, non-restricted gaming license requires the individual or corporate entity to meet stringent requirements and it takes a lot of time to complete the process. There are several different types of licenses and each features different requirements. A non-restricted gaming license for a new resort hotel casino owned by a publicly traded company with layers of intermediary and holding companies along with all of the officers and key employees is a complex, expensive and time-consuming process, according to Burnett.

The rate of applications for newly constructed casinos has gone down, said Burnett; the last new resort hotel casino application was for the Cosmopolitan, in 2009. Despite the decline in new properties opening since 2007, new properties are coming online including a small casino in downtown Reno and the stalled Echelon project in Las Vegas, which recently sold and is slated to be completed.
With regard to whether or not there are many new casinos opening, growth has been steady but certainly not like it was in the 90s, Burnett said. “We are seeing new growth in both Clark and Washoe County, which is a very encouraging sign.”

“We’re not all the way back yet, but trends are moving in the right direction,” said Valentine. “There’s a lot of competition out there and the industry is responding to that, trying to keep it fresh and exciting and market the brand.”