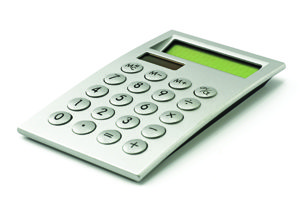 The Las Vegas office vacancy rate declined for the second consecutive quarter, reaching 25.9 percent by the close of the third quarter of 2013. Although the latest period represents a decline of 40 basis points when compared to the prior quarter, vacancies remain elevated. Compared to a year ago, the vacancy rate is up 10 basis points.

Despite no completions during the third quarter, approximately 193,600 square feet of net move-ins were reported during the quarter, which represented the second consecutive quarter of improvement. For the year, approximately 120,900 square feet of positive net absorption has been reported as recent improvements were partially offset by a negative performance in the first quarter of the year.

The amount of space under construction remained flat at 220,700 square feet by quarter-end. Development activity is primarily sourced to three projects throughout the valley. In Downtown Las Vegas, the 129,000-square-foot Federal Justice Tower continues to move forward. Also actively under development downtown is the EVAPS Law Office. The remaining 45,700 square feet of development activity is sourced to the second phase of Seven Hills Plaza.

Although office vacancies remain elevated, there have been numerous office sales in recent months, suggesting investors are becoming more optimistic about the future of the market. While fundamentals in the office market have yet to report sustained gains, recent activity suggests 2014 will be an improvement from 2013.

The third quarter has been incredibly positive for the Northern Nevada office market as over 105,000 square feet of space was absorbed by local economic growth. The two transactions that led the charge were Custom Ink’s expansion into over 50,000 square feet at Reno Tech Center, 9390 Gateway Drive in South Meadows and LP Insurance’s expansion into over 22,000 square feet at Park Center Tower, 300 E. 2nd Street in Downtown. The LP Insurance move to Park Center Tower brings the building to nearly 100 percent occupancy; an incredible success for Basin Street Properties, a local developer and investor.

This activity fortifies the continued advancement in the local office market driven by inbound relocations and organic growth.

Third quarter absorption accelerated beyond expectations, more than quadrupling quarter over quarter measures. The South Meadows submarket led the charge with 46,000 net square feet while Downtown absorbed nearly 30,000 net square feet. The overall effect of the ebb and flow of absorption quarter over quarter brought our overall vacancy down to 13.9 percent. The Meadowood submarket continues to be the stronghold at 11.4 percent vacancy while netting over 12,000 square feet absorbed.

The continuation of constructive influence on the Northern Nevada market from our neighbor to the west will perpetuate vacancy loss and rental rate growth. A gross rent of $2.00 per square foot per month for Class A space is mainstream. It may not be reflective in the average, but quality spaces in the Class A buildings are at a premium and very scarce. Look for new construction off Kietzke Lane in 2014; the First Independent Bank Center and NevDex will soon have Class A competition.

Download the Nevada Business Magazine mobile app for your iPad or iPhone or go to the View Issues 2013 page and click on December 2013 to view this article with accompanying statistics.