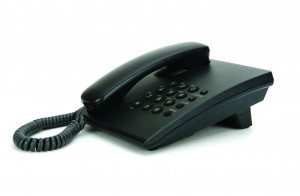 Barclaycard US, the payments business of Barclays in the United States, has announced plans to open a customer contact center in Henderson. The center is expected to add 400 new employees in 2014 with a total of 700 new employees expected by the end of 2015. Once fully operational, the center will employ 1,000 people and will be located in the Green Valley Corporate Center. The center will provide customer support for card members. Employees will work in customer service, retention support, collections and Spanish language service.

On the 21st of last month, the Thomas & Mack Center officially celebrated 30 years of service to Las Vegas. The center is one of the highest grossing venues in the nation and ranks first as the top grossing university venue of its class. The center employs 82 full-time and 1,200 part-time employees, many of whom have been with the venue for over 20 years. In its 30 year run, over 22 million guests have passed through its doors and the venue hosts over 250 distinct events annually.

The third-annual Nevada broadband summit, Learning in the Digital Space, was recently held at the University of Nevada Reno. The summit, co-hosted by Connect Nevada and the Nevada Broadband Task Force, brought in over 100 educators, librarians, industry leaders, community organizations and government representatives to discuss the integration of technology into today’s classroom. The event, sponsored by CenturyLink, featured speakers from organizations across the state including the Washoe and Clark County School Districts, Nevada State Libraries and the Nevada Department of Education.