You are here: Home / Features / Special Reports / Corporate Philanthropy: The Gift that Keeps on Giving 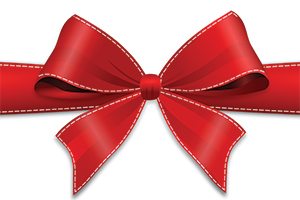 When Alexander Graham Bell, the founder of the Bell Telephone Company (now AT&T), embarked on a mission to teach speech and lip-reading to deaf people in the late 1800s, he helped sow the seeds of present day corporate philanthropy. Along with other business leaders of his day, such as J. P. Morgan and Henry Ford, Bell blended the idea of corporate citizenship with successful business acumen.

Over the years, business charity has matured from giving back through corporate foundations to strategically donating via institutionalized programs to embracing the concept of corporate social responsibility with a holistic view of how philanthropy fits into the company structure and its overall philosophy. “It’s really important for business to think about the community and the people as part of their business model,” explains Chris Askin, president and CEO of the Community Foundation of Western Nevada in Reno.

Although philanthropy has the advantage of making everyone feel good, businesses can also enjoy additional benefits which include:

When businesses make decisions about philanthropy, discussions typically include these advantages. “Employees and companies are looking for a sense of community,” says Jocelyn Lantrip, director of marketing and communications for the Northern Nevada Food Bank in Reno/Sparks.

In addition to these general advantages, planning for corporate philanthropy appropriately takes into consideration the specific needs and goals of an individual business to craft a highly personalized approach. “It really depends on the corporation and what their community engagement goals are and what budget considerations they may have in a given fiscal cycle,” says Diana Morgan, a board member at NevadaGIVES in Henderson.

“Each business has different formulas and interest areas,” says Matt Muldoon, chief development officer at Three Square Food Bank in Las Vegas. Those areas of interest can frequently be age or gender based, such as businesses comprised of families who are interested in education. “Where they give is based on their focus. Some want to help children,” Lantrip explains.

Because of the enormous variety in giving opportunities, many businesses have found that successful philanthropy is best approached with broad-based planning that utilizes input from a number of sources, including staff and board. “They come to us because they want to have a strategic plan around their giving,” says Gian Brosco, president of the Nevada Community Foundation in Las Vegas.

Without charities and non-profits, the quality of life in the U.S. would suffer enormously. Total charitable giving was over $316 billion last year which represents about 2 percent of GDP and an increase of 3.9 percent over 2011. Although corporate giving was only 6 percent of the total, it was an increase of 12.2 percent over 2011. The recession hit many charities hard as they saw donations go down and the need for their services go up. Total giving in 2007 was 8.2 percent higher than last year and at the present rate of increase, pre-recession levels won’t return until 2018.

Despite the overall negative consequences of the recession, however, some non-profits report bright spots amidst the doom and gloom. “It’s been amazing to see how people stepped up during the recession, Lantrip says. “Everybody has known somebody who’s in trouble so it’s real.” Hard economic times have also fostered creative approaches to fundraising, managing resources and forging partnerships. “The economy has forced business and non-profits to rethink how they work together,” Muldoon says.

It’s never been easier to give as philanthropy becomes baked into corporate culture and non-profits step up to the plate with innovative plans and services to assist any business, large or small, in achieving their hopes and dreams of giving back to their community. Leaders in five major Nevada non-profits impressed with the scope of their influence and the eclectic array of their programs.

As the only food bank to provide food assistance in Clark, Lincoln, Nye and Esmeralda counties, Three Square Food Bank combines food banking, food rescue and ready-to-eat meals to feed 344,000 people. Last year it distributed more than 24.5 million pounds of food, the equivalent of 18.8 million meals. “We have a deep impact on the front lines,” Muldoon explains. With access to donated surplus items and efficiencies of scale, Three Square is able to offer three nutritious meals for every dollar spent.

The scope of its mission requires 41 full-time employees, but also utilizes more than 86,000 volunteer hours on an annual basis. More than 900 companies have donated in the past two years to programs that include BackPack for Kids, Kids Café, Summer Food Service, SNAP Outreach and Senior Share. Three Square works with over 600 program partners, which include other non-profits, faith-based organizations and schools.

Recognizing that many businesses who come to Las Vegas for meetings and conventions like to integrate a service project into the experience, Three Square reaches out to them with volunteer opportunities. Three Square will even bring food to be packed to their meetings if attendees are not able to go to a physical food bank location. “Together we can feed everyone,” Muldoon says.

The Community Foundation of Western Nevada takes a lot of the legwork and guess work out of the business of giving by providing an umbrella of services that set up and manage funds that can then be directed to selected non-profits or causes. Funds include donor advised, endowment, scholarship, designated, community and field of interest. Donors can choose how actively involved they want to be in the actual process. The staff at the foundation can help donors understand how to give, simplify the administrative aspects, work closely to mutually create a plan that meets donor needs and expectations, network with potential beneficiaries and monitor funds and chosen charities. “We provide ideas for them as a source of information,” Askin says.

The foundation grants to more than 200 non-profits every year and over the past 15 years has distributed over $65 million. Although cash is king, the foundation also accepts other assets such as stock options, real property and interests in businesses. One of the most unusual gifts was the donation of an extremely rare violin which the foundation regularly lends to qualified musicians at the University of Nevada, Reno. The foundation frequently works with employee groups who have expressed a strong desire to give back to the community.

Recognizing that a giving community improves the quality of life for everyone, NevadaGIVES seeks to raise awareness of and increase charitable giving in Nevada. When working with businesses to develop a giving plan, NevadaGIVES suggests that they focus efforts, get a company commitment, think beyond dollars, get connected and go public to be successful.

Like many other charity vehicles, this non-profit offers a variety of giving options to business donors. “NevadaGIVES invites corporations to support our mission in several ways,” Morgan says. “Corporations can support the operation of NevadaGIVES or the Annual Big Give event. Ways to give include cash support, in-kind goods and services and volunteering.” Other options for non-cash contributions include loaned talent, publicly traded securities, real estate, life insurance and personal property.

As a giving hub, the organization provides the tools and direction to assist donors to be able to give back in the best way possible. It offers online tools, resources and best practices for any size business to create a social responsibility program. One of its signature fundraisers is Nevada’s Big Give, a totally online giving day to benefit local non-profits, which raises more than $400,000 annually.

As a member of Feeding America, the Food Bank of Northern Nevada is responsible for feeding needy people spread out over 90,000 square miles. Operating from a state-of-the art distribution center east of Sparks, the non-profit is both successful and robustly supported in Northern Nevada. One of the most popular ways for businesses to support their mission is with food drives. During the holidays more than 300 businesses have drives. “Many companies will get involved on different levels. Sometimes the first way is to do a food drive,” Lantrip says “The food drives are so popular because they’re tangible.”
With millions of pounds of food being handled annually, the food bank relies on volunteer hours to make the distribution system work. “We have a lot of volunteer opportunities. It can be a great team building opportunity. The hands-on experience can be gratifying,” Lantrip explains. In addition to simply sorting and packing food, volunteers can also help at the summer meal sites for kids. “We think of them as partners. It isn’t our food bank, it’s the community’s,” Lantrip says.

Like most community foundations, this non-profit offers a comprehensive variety of services to donors from the planning phase to giving and monitoring of a philanthropic plan. However, in recent months, the Nevada Community Foundation has been exploring philanthropy outside the usual boundaries of giving by developing a process whereby business leaders can become more involved at the policy level of decision making in our communities. “It’s a new form of philanthropy and engagement,” Brosco says.

Frustrated by inadequacies in large social institutions, such as education and healthcare, many business leaders have expressed a desire to do more than just throw money at causes and issues. “Corporate Nevada is saying that it’s not enough to leave it up to politicians,” Brosco says. “Politicians don’t lead, they follow. Business people lead. It’s a unique opportunity for business to help pull us back from the precipice.”

The foundation has begun to develop a program that educates and informs interested business leaders about an area they are concerned with. Information will be very broad-based and strictly nonpartisan. Armed with unbiased, widespread evidence-based information, business people can take part in discussions of the issues from an apolitical viewpoint. “Everything starts with a conversation. Really smart business people are getting engaged,” Brosco says.

Despite continued economic uncertainty, philanthropy continues to thrive. Many businesses realize that they are expected to be good citizens and to give back to their communities. With the wealth of opportunities and help available to contribute in a meaningful way, it’s much easier to get involved. And besides, it just makes good business sense. “It becomes how we live and what we leave behind,” Askin says.