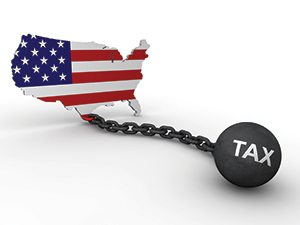 Three years ago, both Brian Sandoval and Rory Reid ran for governor on a “no new taxes” platform.

Last year, voters in five Nevada counties rejected six efforts to raise taxes — even though Barack Obama was at the top of the ticket, driving liberal voter turnout.

Given the clear will of the voters throughout the state, you’d expect that the governor and legislators would avoid raising taxes at all cost.

Instead, Gov. Sandoval and legislators passed numerous tax increases while pretending that they didn’t raise taxes.

The history of this charade is decades-old. It reappeared brazenly in 2009 when the Legislature passed a series of tax increases, including raising the sales tax and modified business tax, doubling the business license fee and increasing annual car registration fees.

When he ran for governor in 2010, Brian Sandoval promised voters that he would not raise taxes, which included a specific promise to not renew the sunset taxes. And while he stuck with that promise for most of the 2011 Legislative Session, at the end of that session, he agreed to raise taxes by extending the “sunset” taxes for another two years.

In exchange for raising taxes, Sandoval received a few flyspeck reforms to education and collective bargaining laws from the Democrat-controlled Assembly and Senate.

In March 2012, however, Sandoval announced that he would support tax increases, once again, by extending the “sunset” taxes for another two years.

While Sandoval indicated that his motivation was, at least in part, to undercut political support for any additional tax hikes during the 2013 session, the Legislature approved and Sandoval signed several additional tax “authorization” bills. These bills sought to facilitate the imposition of sales and gasoline tax hikes in Clark County and property and sales tax increases in Washoe County.

In order to skirt the political fallout of raising taxes, these bills did not themselves increase taxes. Instead, the bills purportedly “authorize” the Clark and Washoe county commissions to raise taxes — assuming two-thirds of each commission agree.

While this ploy perhaps allowed Carson City lawmakers and the governor to avoid the political consequences of voting directly to raise taxes, the “tax authorization” bills ignored a critically important part of Nevada’s constitution — the Gibbons tax restraint amendment.

That amendment states that all tax increases must be approved by either a vote of the people or a two-thirds vote by the Legislature.

Currently, the constitutionality of these bills remains unresolved. Nevertheless, they already are causing headaches for county commissioners, who themselves now face the possible fallout from hiking their constituents’ taxes.

As for the governor and other state politicians, their plan is to pretend their hands are clean. A headline on Sandoval’s campaign site reads, “$486 million more for education without raising taxes.” A picture on his Twitter account proclaims, “Better schools. No new taxes.”

So how is the average citizen supposed to sort out the gulf between a politician’s “Read my lips: No new taxes” rhetoric and his or her actual voting record?

Based on a scale of zero through 100, the rankings at the high end of the scale indicate a greater commitment to keeping taxes low, limiting the growth of government and implementing sound education reforms. Legislators who score above 50 are generally considered allies of economic liberty.

Assemblywoman Michele Fiore was the “taxpayer’s best friend” with a score of 87 percent. Assemblymen Jim Wheeler, John Ellison and Wesley Duncan also scored above 75 percent. At the other end of the spectrum, Assemblyman Andy Eisen had the lowest score.

Based on the bills he signed into law or vetoed, including several tax increases, Gov. Sandoval’s rating calculated out to 36 percent.

To find out what actually happened in Carson City, don’t read a politician’s lips. Look at how he or she voted.