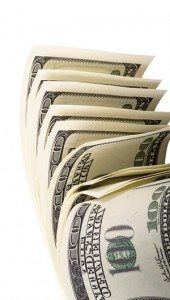 FiveGen Sets Up Shop in the InNEVation Center

A security and infrastructure company that offers application development, software solutions, cloud hosting and project management consulting, FiveGen has moved to the inNEVation Center by Switch SUPERNAP’s campus. FiveGen is the latest startup to move into the 65,000 square-foot facility which was started to foster economic diversification in Nevada.

The University of Nevada, Reno has received a $450,000 pledge from the NV Energy Foundation to support the Jeff Ceccarelli Renewable Energy minor program and renewable energy research at the university. The commitment brings the foundation’s funding of the program to $2 million since its inception in 2007. In total, the University has obtained a total of $17 million for renewable energy research.

According to the Tax Foundation’s recently released statistics on business tax climates, Nevada’s tax climate ranks third out of all 50 states. This is great news for the Silver State which managed to maintain the same ranking as last year’s report despite some other state’s downward movement. In particular, Texas moved out of the top ten for the first time to rank at 11th and both Virginia and Kentucky fell three places.