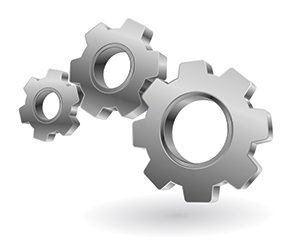 To the relief of all but the tenants negotiating for space, the third quarter played out even better than expected. It will be difficult to carry this momentum with limited inventory but nonetheless all signs are bullish.

Net absorption for the quarter was nearly a record at 1,814,680 square feet, almost six times higher than the same quarter in 2012. Rental rates are beginning to see upward pressure and vacancy, at 10.5 percent, is lower by more than 300 basis points from the beginning of the year. The market seems to have balanced all in one short quarter. When accounting for pipeline activity and no “give backs” on the horizon vacancy is expected to drop below 10 percent at the end of the year.

Land is also getting attention as developers cautiously strategize for construction. One developer is nearing completion of 524,800 square feet in the Tahoe Reno Industrial Center and another has closed on a 91 acre site in North Reno and already begun excavation for a 624,000 square feet speculative building.

Both Northern Nevada developers and brokers remain optimistic and the key factor under consideration is timing. Before building, developers are cautious about having a prospect in tow. On the other hand tenants looking for space want it ready to go now. On the whole, it makes for a good and safe situation which will reduce the likelihood of overbuilding in the future.

Download the Nevada Business Magazine mobile app for your iPad or iPhone or go to the View Issues 2013 page and click on November 2013 to view this article with accompanying statistics.