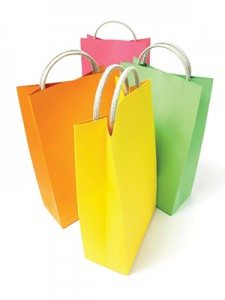 The retail market continued to report stabilizing conditions in the second quarter of 2013 as vacancies improved. The vacancy rate fell to 9.8 percent during the second quarter, down 30 basis points from the prior quarter. Compared to a year ago, the rate reported a more substantial decline of 90 basis points. The second phase of Desert Marketplace was the only project to complete construction during the quarter. With approximately 11,600 square feet of partially pre-leased inline space, the completion brought total inventory to 52.0 million.

Four anchored retail projects totaling 1.8 million square feet were under construction by the end of the second quarter. The 1.5 million-square-foot Shops at Summerlin is now reportedly moving forward after stalling in the second quarter of 2009. Tivoli Village is also reportedly moving forward on its 300,000-square-foot second-phase addition, while Flemings is making progress on a 7,000-square-foot location at Town Square. Another 7,500 square feet of pad space consisting of a Wahoo’s Fish Taco and Pacific Dental is under construction at Green Valley Crossing. Approximately 3 million square feet remain in the planning stages throughout the Valley.

The Reno/Sparks retail market showed some strengthening during the 2nd quarter of 2013. During the quarter, the vacancy rate decreased slightly, and the area had a modest net absorption of 104,226 square feet. With this net absorption, the market continues to move in the right direction, albeit slowly. Looking at the last few quarters, it appears that the market vacancy peaked in the 2nd quarter of 2012.

Much of the positive net absorption during the quarter can be attributed to three large tenants moving in. During the quarter, there were 33 businesses moving into shopping centers consisting of 188,766 square feet while during the same period, 40 businesses moved out consisting of 97,275 square feet.
Several new tenants opened during the quarter including Fallas Paredes in the Sierra Town Center, Big Lots and Grocery Outlet in the North Valley’s Shopping Center. During the quarter, tenants that vacated their space included Yellow House Furniture Consignment from the Coliseum Meadows, Little Angels Ark Day Care from Sierra Meadows and Mad Hatter from the Kohl’s Spanish Springs shopping area.

The line shop vacancy rate has increased to 23.42 percent this quarter from 23.10 percent last quarter. The anchor vacancy rate dropped to 13.52 percent this quarter from 14.95 percent last quarter. This is the lowest anchor vacancy quarter rate since the third quarter in 2010. The overall vacancy rate is 17.54 percent, which is noticeably lower compared to the record high from a year ago of 18.84 percent. As the market stabilizes and the vacancy rates continue to decrease, it is incrementally taking a little pressure off of landlords. However, with a continuation of high vacancy rates in the market, it remains a good market for tenants to find deals.

Download the Nevada Business Magazine mobile app for your iPad or iPhone or go to the View Issues 2013 page and click on October 2013 to view this article with accompanying statistics.