You are here: Home / Features / Special Reports / Manufacturing in Nevada: Focus on Education, Jobs and the Future 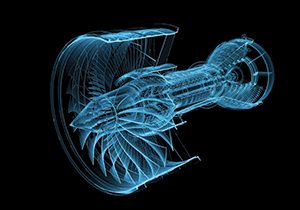 No one with an eye on this state’s economic future should minimize the importance of manufacturing which, like so many business sectors in Nevada and nationwide, has taken a licking and kept on ticking.

“The manufacturing sector is still reeling from the recession,” says Frank Woodbeck, director of the department of Employment Training and Rehabilitation (DETR) for the State of Nevada in Carson City. “The industry added employment in 2011, 2012 and so far in 2013, but still has a long way to go before reaching the recovery mark.”

According to Woodbeck, manufacturing accounts for 90 percent of Nevada’s $2.37 billion export value. Mining, agriculture, information and other industries account for the remaining 10 percent. The industry has what is called a high jobs multiplier, meaning that a job in manufacturing creates spin-off jobs elsewhere in the economy. One reason for this is that manufacturing’s average wage is relatively high: the average weekly wage for all industries in Nevada is $844; it is $995 for manufacturing.

Ray Bacon, executive director of the Nevada Manufacturer’s Association, says the state’s manufacturing sector has yet to return to full health. “We lost about 10,000 jobs in the recession and have only gained about 1,000 back. Job growth has trickled back.” He points out that manufacturing is and has been a small portion of the economy in Nevada.

“There are few sectors which truly add lasting value to people, and those are agriculture, construction, manufacturing and mining, in alphabetical order,” Bacon explains. “Those are the sectors that take raw materials and turn them into the products of our modern society. In most cases, it is the manufacturing process which takes the raw materials and turns it into the goods we spend our money on.” Every item produced in this state, he adds, “means dollars which are imported from customers outside the state or resident dollar sales which are not exported to other places. The construction sector takes many manufactured materials and turns them into housing and business or public buildings, but that is the manufactured goods sector where many of the job losses took place.”

“It’s recovering,” agrees Mike Skaggs, deputy director of the Governor’s Office of Economic Development. “It’s coming about slowly, probably more slowly than those of us in economic development would desire.” In other words, it fits the usual recovery scenario. “Hiring people is one of the last things you do because it adds a lot of cost. Companies are being real cautious to make sure their markets are firm. Then they will expand or buy equipment or rehire, and that is continuing.”

As a segment of its overall economy, Nevada’s manufacturing sector is smaller than most other states because, as Skaggs notes, “we have a mining/gaming dominance in terms of our economic sectors.” It remains, however, a key target for job growth in the state. “There is a lot of energy going into educating about the jobs in manufacturing, building the training curricula for jobs in manufacturing. Some of it is trying to acquaint young people and their parents with what modern manufacturing jobs look like.”

That last point is a major one. As Skaggs points out, “People still have a perception when they hear ‘manufacturing’ that it is this very hands-on kind of standing in front of a lathe or machining. That is around, but it’s not where the modern jobs are. The whole interface with manufacturing now is so much about utilization of computer skills.”

“Manufacturing is a real growth sector in the North,” reports Mike Kazmierski, president and CEO of the Economic Development Authority of Western Nevada (EDAWN). “We have many recent announcements, and nearly 40 percent of our prospects are in this sector.” Indeed, Kazmierski believes advanced manufacturing will prove one of Northern Nevada’s major economic growth engines in the years ahead. “Manufacturing is the industry, and a real cluster is forming here in Northern Nevada.”

The health of Nevada manufacturing is “quite strong,” says Terry Culp, deputy director, Nevada Industry Excellence (NVIE), Nevada System of Higher Education. “We have the best business climate in the United States, and Nevada has the third-fastest export growth in the United States”

Culp sees the manufacturing segment as a key component in strengthening, diversifying and stabilizing Nevada’s economy. Manufacturing jobs offer higher salaries and better benefits, he explains. “Also, many other jobs are created in the community in support of manufacturing. Manufacturing tends to be much more stable in economic swings than any other industry.” He notes that manufacturing’s share of Nevada’s fast-growing exports was 87.8 percent in 2011, and has continued to rise.

“For every manufacturing job, four other jobs in the community are created,” Culp adds. Many of those jobs are small businesses that provide products and services needed by manufacturers to achieve success. “Of course, other community services along with wholesale and retail grow as a result of manufacturers coming to Nevada and expanding. Consequently, manufacturing tends to be a very powerful economic driver.”

“Carson City and the surrounding Sierra region is really the manufacturing cluster of the state,” added Rob Hooper, executive director on the Northern Nevada Development Authority. “It employs a lot of our folks here. Thirteen percent of the people in Carson City are employed in manufacturing. It’s a pretty big piece of the pie.”

Henderson has “come a long way since its start as a small industrial center to today,” says Jeff Leake, economic development manager for the City of Henderson. “The attraction and retention of manufacturing firms in Henderson is important, as these companies typically provide excellent wages and benefits.” In addition, they make significant investments in capital equipment along with local purchases of goods and services to maintain such equipment.

Henderson is home to over 50 manufacturing firms, including Ethel M Chocolates, Tronox, Good Humor–Breyers Ice Cream, Poly West Inc., Vadatech, TH Foods, Olin Chlor Alkali Products, VSR Industries and EMT West. New projects such as the South 15 Airport Center, a 150-acre master-planned business park near the Henderson Executive Airport, will help position the city to accommodate additional manufacturers into Southern Nevada. FedEx Ground is the first announced tenant at this park, and is underway with construction of a new 300,000-square-foot facility that will be ready for occupancy in 2014.

North Las Vegas is also home to several manufacturers, ranging from food production facilities to high-tech component manufacturers. According to Terri Sheridan, Economic Development Administrator for the City of North Las Vegas, the sector helps the city and state attract additional manufacturers or suppliers of products used by the existing manufacturing job base. “It makes perfect sense to talk with our manufacturers to learn what products they have shipped in on a regular basis, and try to have a dialogue with those companies to locate here, too.”

A healthy and prosperous manufacturing sector means education and training to fit an evolving marketplace.

Manufacturers in Nevada are concerned with the number of baby boomers in the industry, Woodbeck points out, whose retirement may lead to a skills gap. “Manufacturing jobs are not as appealing to the younger generations entering the workforce.” Indeed, he adds, nearly 50 percent of the manufacturing workforce is 45 years old or older.

Generally, says Culp, a workforce with good skills in science, technology, engineering and math will go a long way in helping manufacturing flourish in Nevada. “We are working with tech academies, high schools, universities and community colleges through organizations like the Governor’s Manufacturing Sector Council, Nevada Manufacturer’s Association, Nevada Industry Excellence and others to raise the level of awareness of how important those skills are to Nevada’s economic future.”

Kazmierski sees the need for workers with “mid-level skills” for manufacturing to flourish in Nevada. “We have the workforce that, with training through our community colleges, can meet the basic needs of these manufacturers.” With advanced manufacturing, he adds, there is a greater dependency on robotics, “so the technical skills necessary to maintain these machines is something that UNR is already developing.”

For advanced manufacturing, “the real future of U.S. manufacturing, high-tech, is an integral part of this growth,” Kazmierski adds. Growth of the segment promises Nevadans a supply of jobs that are “good, quality jobs that are very sustainable,” he says, “not a short-term commitment as these companies tend to stay and grow. If you look at the list of manufacturers we recently announced, they are all hiring.”

Culp points out that manufacturing jobs tend to be considerably more stable in economic swings, and pay is higher. “In Nevada, average annual compensation in manufacturing was $59,134, as of 2011. Average annual compensation in private non-farm sectors was $42,020.” Benefits also tend to be much stronger, with good health and pension savings programs. “The jobs we hear that tend to be in most demand among manufacturers are engineers, skilled positions in welding, computer numerical control programming and programmable logic controllers programming, and operational management.”

Nationally, Bacon points out, manufacturing jobs are among the highest paid, averaging in the mid-$40,000 range with a fair comprehensive benefit package “and often a very good education benefit program.” Most medium and large manufacturers realize the education and skills of the workers are an essential part of keeping the company competitive in the global marketplace.” In Nevada, the average manufacturing wage is a little lower than the national numbers, partially because we are not a strong manufacturing state. We have smaller average companies, and the existing workforce tends to be less skilled.”

“The fastest career path to a six figure income is in manufacturing,” adds Hooper. “The work out on the production floor itself now is all computerized and automated. It takes a lot of skills and knowledge.” He goes on to say that, “it’s high tech stuff. Folks that work in those jobs make good money and it’s very interesting work. Careers in manufacturing are totally different than the perception out there. It’s something really worth a student considering as a career option.”

“High-tech” is a term without a widely understood definition, Bacon notes. “We make some pretty mundane-seeming products where the process to make them is very efficient, automated and meet the customer’s needs. The product may not seem to be high-tech, but the process which makes them is.”

High-tech will, indeed, play a critical role, according to Woodbeck. “Low-skill manufacturing jobs are never coming back to the U.S. Machinery is replacing workers, and the more advanced machinery we have the more low cost products we can produce.” 3-d manufacturing is “creating all sorts of awesome stuff,” he adds, “but you have to be somewhat technologically sophisticated to use the machine and software.”

The general nature of manufacturing is so broad, says Bacon, that the spectrum of jobs is “huge.” That said, however, many of those manufacturing sectors simply don’t exist in Nevada. “We really don’t make paper, glass, steel and most primary metals, oil and gas products because they take lots of water, power or proximity to the raw materials or other factors which don’t work here.” Nevada does have one major advantage, though. “We are close to the huge market in California without having most of the self-imposed barriers that the state has imposed on its private sector.”

America’s competitive advantage in manufacturing is access to capital and knowledge. “Can we design and program machines to make everything we need?” Woodbeck asks. “Probably. Technology is the future.”

For Nevada, so is manufacturing.