You are here: Home / Departments / Speaking for Nevada / Can Hollywood be ‘Caged’ in Nevada? Film-tax credit drew big-name supporters, but has shaky track record 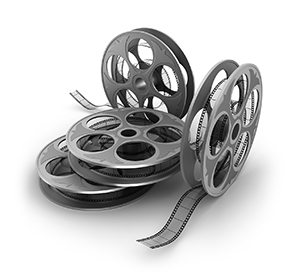 He began: “My name is Nicolas Cage, and I am an American filmmaker.”

On May 7th of this year, Cage appeared before a legislative committee to ask it to implement a film-tax credit in the State of Nevada. He argued that the lack of these tax credits was the only thing holding back a deluge of producers coming into the Silver State to build movie studios and film movies. “Pretty much everyone wants to come to Nevada to make a movie,” he said, “[but] Senate Bill 165 needs to pass for it to make sense for people to want to film at a Nevada studio.”

After a series of amendments, Senate Bill 165 ultimately created a transferable film-tax credit worth up to 19 percent of total production costs. The credits can be applied against most gaming or business tax liabilities in Nevada. Moreover, film producers who receive one of these tax credits can sell the credit on the secondary market to a corporate entity who could use the tax credit.

Other states have enacted similar transferable film-tax credits, and an online exchange has even been launched for investors and speculators to trade those credits in a national secondary market. Typically, the final recipient who intends to use the credit will acquire it for 70 to 85 cents on the dollar.

Selling the film-tax credit is supposed to allow film producers to acquire up-front capital to get productions off the ground — while also allowing Nevada businesses to pay slightly less in taxes.

There’s a catch, however. The amount of credit to be awarded to film producers far exceeds the actual tax liability these producers will owe. That means the film-tax credit is essentially a financial bribe from Silver State taxpayers for film producers to shoot movies in Nevada.

Advocates, however, argue that states offering such incentives receive far more in return than they give up. The credits, they say, induce filmmakers to hire Nevada workers and also have a positive impact on tourism. “People see a movie and want to go to the place it was shot,” says Cage, “That happened with the Lord of the Rings. Everyone went to New Zealand after that movie.”

Unfortunately, however, the actual record of transferable film-tax credits in other states tells a different story.

Take Louisiana, which Cage and others cite as an example of how film-tax credits work. In 1992, Louisiana became the first state to begin offering tax credits for “investment losses in films with substantial Louisiana content.” And, to the extent that public subsidies for money-losing films was the goal, the credit has been wildly successful. Cage himself starred in a 2012 film shot in New Orleans that, under Hollywood accounting, lost millions, but was able to offset these losses with state tax credits. The film, “Stolen,” was estimated to cost $35 million, but was reported as grossing only $304,318.

The Louisiana tax credit has not produced the fiscal or economic benefits originally promised to the Pelican State’s lawmakers. Reviewing the impact of the credit, nonpartisan legislative staff in 2005 found that it creates a net loss for the state’s budget — even after accounting for any multiplier effects and additional employment created by the film industry. For each of the years 2006 through 2011, the Legislative Fiscal Office estimated that the credit would result in a net loss to the general fund of at least $48 million.

In Ohio, an analysis of that state’s film-tax credit performed by Cleveland State University’s Center for Economic Development reached similar conclusions: Only $5.9 million of the $28.3 million awarded in tax credits has returned to the state in the form of additional revenue. In other words, Ohio loses 79 cents on the dollar.

In North Carolina, legislative fiscal staff found that $30.3 million in film-tax credits were claimed in 2011. “Under the most plausible assumptions,” report staff, “the film credit likely attracted 55 to 70 new jobs to North Carolina in 2011 … The film credit created 290 to 350 fewer jobs than would have been created through an across-the-board tax reduction of the same magnitude.”

When the credit expires in 2018, lawmakers should think twice before renewing it.