You are here: Home / Features / Building Nevada / Builders & Developers: Resurgence in the Market 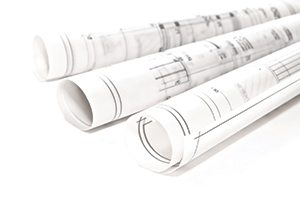 Commercial builders and developers in Nevada are moving ahead – not as robustly as they would like, to be sure – with projects in a variety of segments.

John Restrepo, the principal of RCG Economics LLC in Las Vegas, has observed that Southern Nevada’s three major commercial markets – industrial, office and retail – are “moderately improving, although the overall numbers and trends can be deceiving. Performance can widely vary depending upon product type and location. Prospective tenants and investors analyze innumerable variables, including building age, construction type and infrastructure access when making informed decisions.”

“The market is healing, but we are still experiencing tight market conditions,” said Dimitri Mihaloliakos, vice president of estimating for the Burke Construction Group, Inc., in Las Vegas. “There are positive trends as the work force is being absorbed by emerging markets. Locally, we have experienced out of state corporations moving to Nevada, especially now that the cost of land and housing has been stabilized. We see inventory being absorbed quickly. We are now experiencing an increased demand in housing, entertainment and repurposing of existing facilities.”

Over the last six months, executives at Burke have noticed that available inventory is being absorbed quickly, “and we are experiencing an increased demand in multi-family,” says Mihaloliakos. “We have been hired by our clients to construct build-to-suit product for their own use.” The fact that the cost of the land has reached an affordable price point, and that the banks have been easier to work with contributed to the current stability in the market and, “provides comfort to clients, where they are willing to make investment decisions.”

For example Burke is currently building the VadaTech corporate headquarters and manufacturing facility in Henderson. This 3.5-acre facility will consist of over 70,000 sq. ft. of research and development components, as well as cutting-edge manufacturing equipment. Set to be completed in February 2014, the project is already two months ahead of schedule and is being constructed with the goal of obtaining LEED Silver Level Certification.

Dick Rizzo, vice president of business development for Tutor Perini Corp., sees Nevada’s commercial market progressing “extremely slowly,” primarily because financing has become “more difficult for these developers, particularly gaming operators to acquire the ability to expand. It’s certainly not the cost of the money. It’s the access to it, and the terms and conditions associated with it, that I think are really the major reasons.” Thus, players face the challenge of trying to convince the investment community that Las Vegas is coming back in the near term “to the point where they want to start investing in it again.”

Rod Martin, senior vice president for Majestic Realty Co. in Las Vegas, says that larger big-box industrial commercial real estate “is coming back, and we’ve returned to ‘normal’ market conditions.” Las Vegas “experienced an abnormal and unprecedented growth trend for decades leading to our near-collapse of 2009 to 2011,” he adds.

The market began to stabilize in 2012 and has been steadily improving since. Las Vegas is lagging behind most other locales nationally, Martin feels, where conditions have already created an environment for new big box industrial development.

Michael Russell, chief operating officer for United Construction in Reno, reports that the outlook for commercial real estate in Northern Nevada remains, as it has been for the past three or four years, “cautiously optimistic.”

The industrial, Russell notes, is “starting to slightly recover. Retail and office are still flat; they never really rebounded from the downturn.” The region has received some good news in the industrial market, which he says will lead the way back, “as it often does in a recovery. Absorption is up, and so our vacancy rate is down and our rents are actually increasing in industrial. That will mean that people will actually start doing some investment on speculative product, probably after next year.”

Russell feels that the trend in Northern Nevada is positive. “It has been slightly improving in the last three or four years,” he adds.

The various commercial segments are progressing, or not, according to the dictates of supply and demand.

Large build-to-suit industrial buildings are a hot construction segment at the moment, Restrepo says, “especially anything over 100,000 square feet. The challenge lies in the lack of a sufficient number of adequate sites in Southern Nevada to accommodate large users interested in coming into the market, or expanding if they’re already here.” The scarcity of appropriately sized parcels in the right location with adequate infrastructure “can act as a drag on the region’s economic development efforts, at least in the short- and mid-terms.”

The weakest market segments are suburban multi-tenant office and unanchored retail centers, according to Restrepo. “However it all depends on project location and market segment. The ownership structure is important, too; whether the building is owned by a private developer, public company or a bank.”

The segments that are still slow, according to Mihaloliakos, are big-box retail, speculative office and public works. There are, he notes, still large, empty retail boxes. “We will not being seeing new power centers with two to three anchor tenants on large parcels of land anytime soon. The only exception to this will be The Shops at Summerlin, which originally started when the market was at its peak and the developer previously invested a lot of money on the infrastructure already.”

Smaller businesses are still struggling with access to capital and slow accounts’ receivables, says Martin. “In my judgment, the office segment isn’t as far along in its recovery as industrial, and I think it will be quite some time before new speculative product is developed.”

Zappos having moved to downtown has created “a vacuum, which is currently causing a lot of buying, selling and the improvement of all sorts of downtown facilities. Most of the condominiums downtown have already been absorbed, but there are always new venues opening. There are also a lot of older structures that are either being rehabilitated for a different use or demolished to make room for newer structures,” said Mihaloliakos.

Data centers are also hot right now, he adds, especially in Southern Nevada’s favorable business climate. The state is also seeing significant growth in healthcare and the senior care market, whether in assisted living centers, skilled care or senior housing. “Nevada is a prime state for continued growth in this market, especially due to the continued rise in baby boomers nationwide. We believe Southern Nevada in general will continue to appeal for retirees as their permanent residence due to the climate, tax structure, options for entertainment, and now affordable housing,” said Mihaloliakos.

Healthcare and healthcare-related services will continue to be in demand in Southern Nevada, Mihaloliakos forecasts. “New hospital beds are currently being added, and new health-care facilities are in the beginning stages of development.”

Rizzo says his company is doing what he believes to be the only vertical ground-up construction occurring in the city, the Marriott Grand Chateau time-share property just east of the Strip in Las Vegas. “It’s been very low key; most people don’t even know it’s happening. There are two 30-story towers there now, and we are building one more on the back side of that.”

There is at present very little ground-up construction associated with casino/gaming activities, Rizzo points out. “There seems to be some activity in the non-gaming end of it. But all of what is going on right now on the casino side of the house seems to be more entertainment-driven, and not expansion of any kind of gaming activity.” Rizzo says his firm is not that active anymore in Northern Nevada, “and there is a reason for that: the activity there is less than it is here, and it’s more sporadic.”

The only ongoing building activity, Martin says, is owner-builder or build-to-suit. Even with market conditions having stabilized and improving, he feels it’s still going to take another couple quarters before vacancy rates drop further, lease rates increase to another 5 to 10 percent and the demand for space remains at or above its current level in order to see new speculative development. “If the current trends continue to pick up momentum, developers may start evaluating new opportunities before year’s end or early next year.”

Martin and his colleagues are seeing increasing activity across size, submarkets and industry-type spectrums. Activity is brisk “in all sizes, but the smaller deals, less than 25,000 square feet, are being finalized more quickly than those in the larger sizes.” Majestic’s product is concentrated in the Southwest submarket ,which often caters to supplying goods and service to the resort corridor and companies seeking a central Las Vegas location for local distribution. “The activity is coming from both new companies looking to open operations in Las Vegas as well as relocations/expansions from existing operations,” said Martin.

There is activity and, barring the unforeseen, it will continue across Nevada. For a segment of the economy that has been biding its time for so long, that is welcome news.