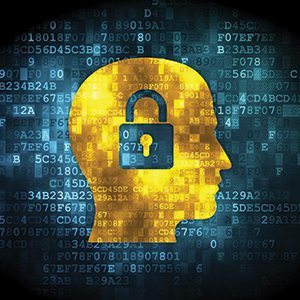 The biggest mistake companies make when it comes to their intellectual property is failing to fully identify and protect it, experts said. The consequences can be disastrous and expensive.

“Intellectual property is becoming more and more important as our economy changes into an idea-based economy from a manufacturing-based one,” said Charles Lombino, an intellectual property attorney with Las Vegas’ Hustwit & Lombino and chair of the Nevada Bar Association’s Intellectual Property Law Section, which serves primarily as a source of education for companies in Nevada.

The rights to one’s creation exist so people will continue to dream up and develop new ideas and, ultimately, tangible manifestations of those.

“How much incentive would anybody have to create original works if they couldn’t protect it; if the minute I wrote something, someone else could capitalize on it?” asked Michael Stein, an intellectual property attorney in the Las Vegas office of Snell & Wilmer.

Intellectual property, by definition, is creations or products of the mind, those generated through thought, which then can be converted into something tangible. These manifestations, among others, include inventions, literary and artistic works, symbols, names, images, signs, music, design and unique words or phrases used to describe goods or services.

Five types of intellectual property exist. Here are descriptions of each and ways to protect them:

Copyright is protection afforded to authors of original creations of work, published and unpublished, including books, art, software code, architectural designs, scores, plays, website designs, television productions, movies and even the stitching pattern on jeans. Copyright often is indicated with the symbol ©, the word “Copyright” or the abbreviation “Copr.”

Copyright on a particular work begins when it’s created in a tangible medium and typically protects the work for 70 years past the author’s death. For works of corporate authorship, copyright lasts 120 years after creation or 95 years after publication, whichever comes first. Additional protection can be pursued by registering one’s copyright on a particular work with the U.S. Copyright Office. Authors may enforce their copyright should someone infringe upon it.

Marks’ purpose is to inform members of the public about the source of goods and services, so they know what they’re getting in terms of quality and individuality.

“It builds efficiency in our commercial system,” Stein said. “It’s designed to protect the consumer. When I know the brand, I can rely on that.”

The three kinds of marks are trade, service and certification, but often they’re all lumped together and referred to as trademarks. A trademark is any word, name, symbol, device or combination used to identify goods made or sold and to distinguish them from others’ products. The Nike swoosh and name on a pair of shoes tell you about the brand, just as the Microsoft logo and name on software do.

Service marks, which may bear an SM, are similar but, instead, identify the provider of a service, such as Walmart or AT&T.

Certification marks inform consumers that the product with the mark meets standards set by the certifying organization. Examples are the circular Good Housekeeping seal of approval, the black and white rectangular parental advisory on music CDs and the cyan Energy Star label.

By using a mark, one’s rights to it are protected. However, for added protection, marks can be registered at the state, federal and/or global levels, depending on a business’ reach. Before registering, it’s essential to ensure nobody else already is using the mark. State marks can be registered with the Nevada Secretary of State’s office; federal ones, with the U.S. Patent and Trademark Office (USPTO). Non-registered marks often are designated with a ™. Those registered nationally oftentimes are represented by the symbol ®.

Trade dress also falls under trademark protection. It refers to the physical look related to a company’s brand. One example is the color scheme and design of the interiors and exteriors of McDonald’s restaurants. That can’t be copied by anyone other than a McDonald’s franchisee.

All it takes to constitute infringement of these rights is using a mark or design similar enough to someone else’s that it brings to mind the original and could confuse the consumer.

“The right can be lost if you allow yourself to be used in a commercial way without enforcing it,” Lombino said.

Patents protect inventions by affording the exclusive right to one’s invention for 20 years from the day the patent registration is filed. Patents, as of March 2013, are granted on a first-inventor-to-file basis rather than a first-to-invent basis. There are two patent types. Design patents encompass ornamental inventions such as a style of furniture or a new type of lighting. For example, International Game Technology has a patent for placing a roulette wheel on a slot machine, like on its Wheel of Fortune games. Utility patents protect something useful such as automotive parts or tools.

Inventions must be registered with the USPTO for a patent. Like trademarks, an examining attorney at that office investigates each application and, oftentimes, rejects them, Austin said. Patents and patent law are so complicated that filing for one really requires an attorney’s assistance. Not all intellectual property attorneys are patent attorneys (patent attorneys have taken and passed the patent bar).

Applying for a patent, particularly a utility one, involves a tremendous amount of work and, therefore, often is an expensive proposition, Lombino said.

This right varies from state to state, but in Nevada, it protects an individual’s right to their “name, voice, signature, photograph or likeness,” according to Nevada Revised Statute 597.790, and prevent others’ unauthorized use of them for commercial purposes. Think of how the Kardashians capitalize on their names, images and personalities, but no one else could do so without obtaining their permission or paying them. Similarly, a company could not use a photo of an average person in a corporate advertisement without written consent. These rights span the lifetime of the person plus 50 years.

Nevada, however, is one of about half of the states that allows “the attempt to portray, imitate, simulate or impersonate a person in a live performance” without written consent from the individual being copied or their successor. This is how all the tribute acts can legally do what they do in the Silver State.

One’s right of publicity exists automatically. No steps can be taken in advance to protect it, and the only recourse is legal action should one violate it.

These rights allow companies to protect valuable confidential information, such as customer, employee and vendor lists; formulas and recipes; business plans or processes; and data—anything they’ve worked hard to develop and would give an unfair competitive edge to those who didn’t invest the time and money to accomplish the same. A classic example is the Coca-Cola soft drink recipe. Trade secrets last indefinitely, but the company with them always must work to keep them secret. Those efforts may include keeping them locked up, limiting knowledge of and access to them, requiring employees and other to sign nondisclosure agreements and more.

It’s essential companies continually safeguard their intellectual property, an asset, and enforce their rights surrounding it.

“If you don’t protect it, you can lose it. It’s much easier to lose by inaction than it is to protect it,” said Robert C. Ryan, an intellectual property and patent attorney with Holland and Hart who works in the Reno office.

“Without protecting your intellectual property, you really have no product,” Lombino said. “It would be like giving away whatever you make and forgetting to charge for it.”

An unresolved issue under debate involves the use of trademarks and copyrights in Internet ads, searches and competition, Stein said. If a business uses another company’s mark in their online ad to get people to visit their website for a similar product, is that infringing on that other company’s brand?

An old but recurring theme is a negative attitude towards patents, like those of pharmaceutical companies, Ryan said. Some people argue that those patents prevent other companies from making drugs, thereby eliminating competition.

“If you don’t have patents for drugs, they won’t be invented in the first place,” Ryan said.

Another recycled trend is companies whose business model is to buy patents and generate revenue from enforcing them. They’re called non-practicing entities (NPE).

“There’s a large volume of the press that’s very anti-NPE,” Ryan said. “I think we need to be very careful about that. When you take away ability of NPEs to acquire patents, it makes the ability to procure investment harder. The ability to sell to an NPE if a company were to fail is a major part of the valuation and security a sophisticated investor will want.”

Attorney Brian Hardy is seeing more marks being filed internationally than before, he said. An intellectual property attorney for Marquis Aurbach Coffing, he works from its Las Vegas office.

What Not to Do

These and other pitfalls can simply be avoided through education and consultation with an intellectual property attorney. They can help companies determine all the different types of intellectual property they have and advise and assist them with taking the necessary steps to protect their property.