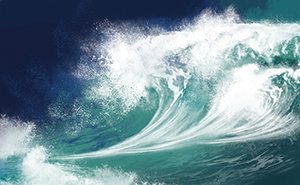 Amidst dire predictions of monstrous cost increases, and in the wake of President Barack Obama’s recent unilateral (some insist unconstitutional) decision to delay enforcement of the Affordable Care Act’s (ACA) employer mandate until after the 2014 elections, business leaders across Nevada are adopting a wait-and-see attitude. There is little else they can do.

Across the nation, governmental and business leaders, as well as those in the medical community, insurance industry and media are showing an increased sense of doom when it comes to changes in healthcare.

Indeed, some have even gone so far as to liken the flurry of changes to healthcare that are coming in the months ahead to a tsunami.

“It depends how you want to define tsunami,” says Mike Murphy, president and general manager of Anthem Blue Cross and Blue Shield in Nevada and National Labor and Trust. “I think if you’re talking about change you could say it’s a tsunami. There will be a lot of changes on many different fronts. You’ll have more consumers who are engaged in the purchasing decision of insurance than ever have been before. You will have more folks who are purchasing insurance than have before because they have access to insurance. And you’ve got change that is going to come on the provider side, with how providers are going to service the numbers of folks, as well as interact with insurers and consumers. There is change in the rating methodology, and there is change in how people actually access insurance and when they can. When you think of a tsunami you think of all the negative impacts of everything, so I guess I would describe it as more a tsunami of change.”

“I think [tsunami] is somewhat of an overstatement,” says M. Donald Kowitz, president and CEO of Saint Mary’s Health Plans in Reno. “There are certainly a lot of changes. The removal of the employer mandate is going to reduce the wave size somewhat, because that was a big issue for employers who had taken different approaches. So, for those people there were some big changes coming, but that will be deferred now for a year.”

“I think Obamacare will continue to be a weight that drags down economic development and job creation because of one word, uncertainty,” says Nevada State Senator Mark Hutchison, Esq., a founding member of the Las Vegas law firm of Hutchison & Steffen. Hutchison also served as lead Nevada attorney on the case that questioned the constitutionality of the Affordable Care Act. “Businesses operate in an environment in which they have to have certainty in order to thrive,” he adds. “If there is an uncertain legal or regulatory environment they can’t plan the future in terms of expansion or growth, or in terms of hiring needs. As a result, they tend to just sit on their hands and wait out the regulatory or legal environment until there is more certainty in their world.”

The Nevada Health Co-op’s (NHC) CEO, Tom Zumtobel is optimistic about healthcare reform. “The changes will end up being very gradual. Employers will have many more choices when it comes to healthcare. Choices they have never had before. The exchange has the potential to be an amazing tool when it comes to understanding and digesting options. In addition to the tool itself, there will be an increased number of options available,” he said.

NHC is a not-for-profit organization which evolved to create more competition in the marketplace. The Culinary Union Fund and the Health Services Coalition (made up of 23 of the state’s largest employers) became the sponsoring organization which submitted an application to the Center of Medicare Services early last year. Federal funding for the organization was secured in May of 2012.

According to Zumtobel, individuals and employers alike stand to benefit from the new system. “Consumers will be able to understand all their out of pocket expenses,” he explained. “They’ll know how much it costs to go to a doctor, fill a prescription, or stay in the hospital. Where this is going is that it will create transparency and empower the consumer. I’m optimistic the new system will be less complicated and make it easier to purchase coverage,” he commented.

Obamacare, officially the Patient Protection and Affordable Care Act, focuses primarily on establishing new state-based mechanisms for obtaining healthcare coverage and for establishing federal standards to oversee benefit designs and costs of coverage, says Don Giancursio, CEO of UnitedHealthcare of Nevada. Many significant reforms, including exchanges and guaranteed issue requirements, become effective in 2014. Other reforms, such as certain lifetime and annual limits and pre-existing coverage exclusions for enrollees (dependent or employee) up to age 19, as well as a requirement to offer dependent coverage up to age 26, became effective during the first year of implementation.

“In Nevada, beginning October 1, individuals and small employers will have the option of selecting healthcare coverage from multiple carriers at the same time through the State’s Health Insurance Exchange, known as Nevada Health Link,” Giancursio explains. “The coverage will take effect January 1, 2014. For individuals, no pre-existing conditions will apply in order to obtain coverage.”

Many provisions, including group health plans, are now required to cover adult children until the age of 26 and annual review of individual and fully insured group plan rate increases that exceed a specified percent, already took effect in 2010, notes Giancursio. The provision set to take effect in 2014 requiring that all employers with more than 50 full-time workers provide health insurance or face potential penalties has, of course, been delayed until 2015. “This means that employers will not be subject to federal penalties for not providing qualified health insurance in 2014, and delays enforcement of the Employer Mandate until 2015.”

While some of the provisions of the Affordable Care Act have already been implemented, there are some significant changes that will take place beginning in January of next year, Giancursio notes. “One of the most significant changes in 2014 will require all U.S. citizens to have ‘minimum essential coverage’ or they will have to pay a penalty — $95 in 2014, $325 in 2015, and $695 in 2016 — or a penalty based on a percentage of income (1 percent in 2014, 2 percent in 2015, and 2.5 percent in 2016 and thereafter).”

The formation of Public Exchanges will also take effect in 2014, he continued, allowing individuals and small employers to purchase healthcare coverage through a state run exchange that will offer a number of health plans from various healthcare carriers with varying benefits and costs. “Other changes expected will include the formation of consistent benefit plans with essential health benefits, no pre-existing conditions exclusions, guaranteed issue and renewability.”

“In 2014, small and large employers will be able to carry on with business as usual as a result of the employer mandate to offer health insurance being delayed one year,” according to C.J. Bawden, communications officer for the Silver State Health Insurance Exchange and Nevada Health Link, which will provide a marketplace where Nevada consumers and small businesses can shop for, compare and purchase health insurance plans. The following year, he adds, businesses with 50 or more full-time equivalents will be required to offer affordable, minimum essential health insurance coverage to their full-time employees.

In the short term, Bawden says, employers with fewer than 50 employees will have the ability to shop for and compare small-group plans on Nevada Health Link’s SHOP Exchange. Employers will be able to offer employees a choice of plans and receive one bill from Nevada Health Link. In 2014 and 2015, tax credits are available to businesses with 25 or fewer full-time employees. To qualify for these tax credits, the firm’s average wages must be less than $50,000 and the employer must contribute a minimum of 50 percent of the employee-only coverage. “Nevada Health Link’s SHOP Exchange will open to businesses with 100 or fewer full-time employees in 2016.”

What does the future hold for Nevada businesses vis-a-vis Obamacare?

“If I had good answers to that I could probably make a lot of money somewhere,” jokes Kowitz. “It seems like every time we think we know what they are going to do, they change. They did last week with, ‘Oops, I guess we’re not going to do an employer mandate, and oh, by the way, you won’t have to verify your income.’”

What’s certain, Kowitz believes, is that the changes haven’t ended. “I can’t really predict what kinds we’re going to see. I think the administration is very committed to having some form of the Affordable Care Act continue to move forward, and so they are going to take the actions they need to take in order to make that happen. I can’t predict what the next ones will be.”

That said, he does have concerns about what he calls the electronic interfaces that are necessary in order to make the exchange work. “We continue to be assured by the exchange here in Nevada, which has been pretty straight with us all along, they are moving along and ready to proceed. That’s the one that I follow the closest.”

For large employers, says Kowitz, there is not much to prepare for since the removal of the mandate. “And for large employers who already offered coverage there wasn’t a whole lot of change anyway.” What small employers need to be looking at is the fact that almost every carrier in the state is offering early renewal options. “There are significant changes in rates that go into effect for January 1, and, in fact, have already begun going into effect. Because of the fees that come under the Affordable Care Act, we have had to start building into rates starting, effectively, with our February renewals.” Kowitz’s best advice for them is to get in touch with their carriers, brokers and advisors about whether or not early renewal makes sense.

“Regardless of what happens to your premiums for general healthcare, you’re looking at a 5 percent increase because that’s what the fees are costing everybody,” Kowitz warns. “Even under the best circumstance you’re at least looking at 5 percent. Those are probably the two big things: make sure you’re talking to your broker, and get prepared for something.”

What Nevada businesses need to do right now, says Hutchison, is evaluate their situations based on the law as it exists today. “Businesses have to assume that the law will be enforced as currently written to evaluate what kind of an impact that is going to have on their business. That means they are going to have to provide health insurance at the level that the federal government is going to require, and if they don’t they will have to pay a substantial penalty. If I’m advising businesses, I’m advising them to assume that the law will be enforced as written, and to prepare to live under its parameters as it currently exists.”

“Be prepared for change,” Murphy cautions. “The things that folks knew once will be changing. Rates will change — for some up, for some down. And I think how folks enroll is going to change. Talk to an insurance broker, talk to a carrier and understand exactly what impacts are ahead, because it depends on the size of the business.”

What should business leaders across the state be doing now? Learn as much as possible. There is still much that is up in the air and much open to interpretation. Forewarned is forearmed.