You are here: Home / Features / Building Nevada / In the Black: A Look at Retail in Nevada 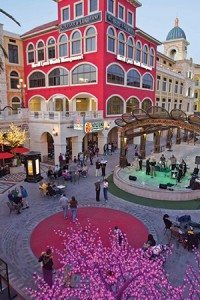 Nevada’s retail industry, both from the brokerage and the retailer’s side, is guardedly optimistic. The optimism is driven by general economic indicators coupled with national retailer behaviors and Nevada sales performances in 2012.

When locating stores, retailers look at sales performance in a city. “We’re seeing sales performance continue to increase in the market and this year slightly above the rate of inflation as we’re coming out of the recession. Sales numbers were growing incredibly as they made up lost ground that occurred during the recession,” said Patrick Done, president, Tivoli Village. “We’re seeing double-digit sales increases in both suburban and Strip properties. We’re at a point now of pre-recession sales numbers that generate retailer interest.”

Las Vegas pre-recession was a very desirable market for retailers. However, during the recession the city was hit hard on all economic fronts, a fact not lost on national retailers. Now that the economy is turning around, the merchandising mix for the second phase of Tivoli Village is expected to be primarily national retailers.

There’s optimism in the North, too. “It’s been predicted that retail sales in Nevada are expected to increase a little over 5 percent in 2013, and I can say, on behalf of, The Summit our sales are strong. We have been seeing increases on a year-over-year basis across many of our sales categories,” said Alexia Bratiotis, general manager, The Summit, Reno.

The guarded aspect is driven mostly by the fact that there aren’t a lot of hard numbers to support the optimism. Yet.

“Definitely, optimism is afoot,” said Shawn Smith, vice president, CB Richard Ellis in Northern Nevada. “There’s no doubt that activity has picked up, phones are ringing, more brokers are making inquiries about available space and my pipeline has definitely increased.”

But for every space that gets leased, one comes back on the Northern Nevada market. “We’ve been stagnant for about the past six quarters on both shop space and junior anchor space,” said Smith. “We’re chipping away just a little bit on vacancy but there’s nothing overwhelming as far as data is concerned.”

According to Ray Germain, senior associate of Marcus & Millichap, the brighter outlook for the retail market stems, in part, from the rise in values of commercial real estate retail properties because there’s a low number of properties and a large number of investors eyeing Las Vegas.

Guardedly optimistic doesn’t mean fully leased, however. While Roxanne Stevenson, senior vice president, Colliers International in Reno, said that Colliers had tracked 85 retail leases locally by July, vacancy rates were still at 15.1 percent at the end of the second quarter, though down from 15.7 at year end 2012.

Net absorption at Galleria at Sunset is predicted to be almost 9,000-square-feet in 2013, with the same expected during 2014, said Nathaniel Centeno, general manager. First quarter 2013 was up 4 percent in sales. The first positive gain in sales per square foot was 2012, after negative numbers every year during the recession. The 2012 holidays, especially the critical Black Friday, were strong, and led to a strong 2013.

Part of what’s driving the positive change in retail in both ends of the state is improvement in the economy. Smith watches unemployment rates, which stood at 9.6 percent in June of this year, down from 11.4 in June 2012. Housing starts are up in Northern Nevada, both multi-family properties and single family residences building in areas that were hit very hard by the recession, like South Reno and Spanish Springs.

Centeno watches the housing and healthcare markets in Southern Nevada, particularly new development. “There’s a lot of activity going on in the Valley, and that’s encouraging. Projects that were stalled are coming back online,” said Centeno, calling it positive, even when some of those projects represent friendly competition.

Centeno sees the housing market recovering in Southern Nevada, banks lending, there are fewer delinquencies and institutional investors are becoming active. There’s more capital available for commercial real estate investors in retail. On the tenant side, where during the recession everyone was very selective, opening one or two stores in the country, now franchises are picking up and national tenants are willing to open more stores nationwide.

The return of an active housing market in both Northern and Southern Nevada is important because, traditionally, retail follows rooftops. There isn’t a lot of new retail construction going on despite the relatively low inventory, which is probably best. Commercial retail properties built for residential developments that never built out still need to be absorbed. “Those properties on the outskirts of Las Vegas are still going to face a challenging time until those residential rooftops are filled in,” said Germain.

“There is some suburban construction of freestanding pad buildings due to land cost being low,” said Hubbard. “The single-tenant investment market is seeing some of the lowest cap rates in the past decade, so developers are able to gain huge returns. There’s a 20-acre development in the pre-leasing stage at the northeast corner of Sahara and Hualapai, and 2014 should see the opening of the 1.6-million-square-foot Summerlin Mall.”

Big box stores are moving more slowly than other commercial real estate, in part because it’s difficult to find the tenants to fill that much space, and in part because a lot of the big box tenants who would fill the spaces are already in Nevada’s metro areas. But while there aren’t as many national tenants to fill space, there are national retailers looking, said Stevenson, so maybe by summer 2014 those spaces can be filled.

“In Northern Nevada, our Achilles’ heel is the junior anchor store, stores usually taking 20,000 to 80,000-square-feet,” Stevenson said. “Two stores closing from bankruptcy, Old Navy relocating to the Outlets at Legends at Sparks Marina, and the Good Guys and Circuit City stores still standing vacant feed into the junior anchor vacancy rate of over 1 million-square-feet. What’s moving up North is food, with a few owner/user projects like Steak N Shake in North Valleys,” she added.

In Southern Nevada, well-anchored properties with great co-tenants, unanchored strip centers with great visibility and access, and drive-through buildings are all moving quickly.

“Properties are definitely moving,” said Hubbard. “In the first quarter 466,000-square-feet of inventory was leased and the second quarter doubled that number, moving 981,000-square-feet.”

Discount stores, like those with “dollar” in the name, are expanding in strip centers, and medical offices are back-filling vacant properties in high profile centers, according to Stevenson. In the past, medical practices either couldn’t afford the rents in such centers or the landlords didn’t want medical offices in their center.

Good news for one center is generally good news for all. “A national retailer recognizes Northern Nevada as a place they want to be means they clearly see the demographics, they see our special events, our tourism market, all of those pieces that play into attracting a national retailer. That’s a good sign for other retailers that might be looking at other properties around town, so growth is good for everyone,” said Bratiotis.

Luxury retailers have begun expanding into outlet stores rather than their traditional high end locations. Some national retailers like Abercrombie & Fitch and Charlotte Russe have downsized their brands, closing stores, looking at locations and cutting from the bottom up, said Bratiotis. Abercrombie & Fitch closed 23 percent of their stores, a corporate decision that trickled down to effect local communities.

Another trend, augmented reality, is looking to shape the way consumers shop. Ikea is rolling out a website program that allows shoppers to take a picture of the room they want to furnish, upload to the website and drop the furniture into the room to see how it will look.

And that technology is coming soon to a retail store near you. Predicted for the future are smaller storefronts that feature a sample of each style. Plug in your measurements or a picture of yourself and technology will show you what it looks like. When you buy, the store will drop ship the outfit. Considered augmented reality, it sounds like extreme catalog shopping, and it’s coming soon.

E-commerce is growing at approximately 10 percent annually and went up 15 percent in 2012, said Stevenson. However, even as augmented reality hits Nevada retailers, there looms the Marketplace Fairness Act which would require e-commerce retailers to collect sales tax in their states for online purchases. With more than $220 billion in online sales in 2012, states are missing out on an estimated $23 billion in sales taxes. If the Act is implemented, it should make for an interesting holiday season as shoppers decide whether to brave the malls as long as they’re already paying sales tax. The Act may be a break for brick-and-mortar shops and a huge disadvantage for online retailers.

Retailers are working to bring customers into their stores during the holiday season. While it’s early to be predicting the 2013 holiday season, indicators based on the 2011 and 2012 seasons point to good news. “Ever since the 2008-2009 holiday season, sales have increased steadily year-over-year,” said Bratiotis; retailers are hoping for a healthy holiday.

Looking into the crystal ball, retail is expected to continue improving into 2014. In addition to the economy picking up and unemployment going down, for Northern Nevada there’s the fact that trends come out of San Francisco to Reno by way of Sacramento – and Sacramento is currently on fire.

“They’re filling their junior anchor space and their leasing numbers are hot,” said Smith. “They’re building new construction of 1 million-square-feet in Rocklin, which is past Roseville. That being said, what happens in California in time will move to Reno. It’s just going to take a while until unemployment goes down a little and more and more people move to Reno to help with consumer numbers.”