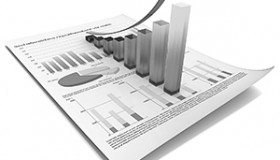 The Nevada economy evidenced generally positive signs with the most recent data. Seasonally adjusted, statewide employment decreased by 5,700 (0.5 percent) jobs from April to May, but it was up 1.7 percent year-over-year. The Nevada unemployment rate decreased slightly from 9.6 percent to 9.5 percent. Taxable sales continued to show growth, up 7.3 percent from last year. Total air passengers were down 0.1 percent over the same time period. Gaming revenue was down 0.2 percent from April 2012.

For Clark County, seasonally adjusted employment declined from April to May by 4,400 jobs but was still up 2.1 percent year-over-year. The Las Vegas unemployment rate fell from 9.9 percent to 9.8 percent. Total passengers at McCarran Airport were down 0.2 percent from a year earlier. Compared to a year ago, April visitor volume was down by 2.1 percent. Gaming revenue was 1.0 percent lower in April than a year earlier. Clark County’s taxable sales for April were 3.7 percent above those from a year earlier. Residential construction permits decreased from April to May. Commercial construction permits remained at a low level.

The most recent data show positive signals for Washoe County. Seasonally adjusted, Reno-Sparks’ employment declined by 700 (0.4 percent) jobs from April to May. Total employment remains up from a year ago, by 0.1 percent. The seasonally adjusted Reno-Sparks’ unemployment rate fell 9.6 to 9.5 percent. Compared to a year earlier, April visitor volume was down 2.6 percent. Total air passengers were up 1.3 percent over the same time period. Gaming revenues for April were up strongly (10.0 percent) from a year earlier.

The U.S. economy experienced a slight pickup in growth for first quarter 2013. Consumer spending and most measures of the housing market are showing continued improvement. A weak national economy is affecting Nevada in the form of slowing growth in tourism. Despite the slowing tourism, taxable sales continue to make gains at the state level. Nevada’s employment is also showing relatively stable year-over-year gains.

Go to the View Issues 2013 page and click on August 2013 to view this article with accompanying statistics.