AlphaVu LLC, a Washington, DC company that provides data mining and target messaging, has established a Las Vegas branch. The Nevada arm will serve as the operational base for the company’s growth into the southwest region.  AlphaVu-Nevada will open its doors next month in the Howard Hughes Center.  The company serves corporate, issue advocacy and political organizations by mining Internet and proprietary data systems for competitive intelligence and strategic analysis.

NV Energy has announced its acquisition by MidAmerican Energy Holdings Company, a subsidiary of Berkshire Hathaway.  Under the terms of the agreement, MidAmerican will purchase the outstanding shares of NV Energy’s common stock for $23.75 per share in cash.  The transaction has an enterprise value of approximately $10 billion and is expected to be completed in the first quarter of next year.  NV Energy will operate as a separate corporate subsidiary of Mid American under its current name and will continue to be headquartered in Nevada.

HealthCare Partners Nevada, a physician-run network of healthcare providers, has acquired Nevada Cancer Centers.  Nevada Cancer Centers has been in Southern Nevada for 39 years and has four locations in the area.  The acquisition creates a new division, the HealthCare Partners Medical Group Oncology/Hematology division.  This is the second acquisition for the company this year.

Switch SUPERNAP has been named as the first and only registered hosting center for online gaming by the Nevada Gaming Commission (NGC). The registration comes after NGC inspected the facilities and determined that the center met the stringent requirements necessary to act as an official hosting center for mission critical gaming data. 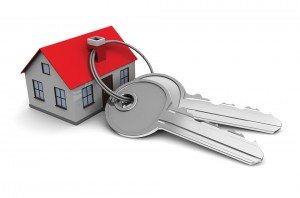 According to the Nevada Association of Realtors (NVAR), homeowners fared well in the 2013 session of the Nevada Legislature. For example, AB300, a bill dealing with foreclosure issues passed unanimously by the state Senate and Assembly and was signed into law by Gov. Brian Sandoval. NVAR leadership noted that information from recent reports released by the organization were included in some of the laws passed this session.