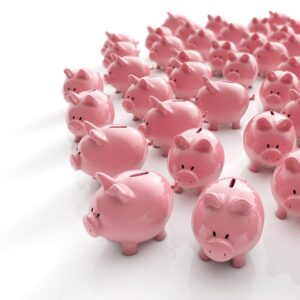 During the recession, Nevada’s Boulder Dam Credit Union (BDCU) moved from the black into the red, primarily due to loan losses, said President and CEO Eric Estes. It weathered the financial decline by shrinking assets and shares. After three and a half years in the doldrums, the credit union’s health began to turn around. BDCU now has been profitable for about 18 months, remarkably so in 2013. Today, it is 19,000 members strong with $470 million in total assets but still on the mend.

“We feel like we’re at a point in the economy and recovery that we don’t need to make any further cuts,” Estes said. “We’re not introducing a tremendous amount of new products until we see financial stability continue to improve.”

BDCU’s experience is a common one among the Silver State’s credit unions. All were hard hit during the economic downturn, but unlike the one serving Boulder City, not all survived. Those that did, however, are much smaller, with fewer members, and most, too, have reversed course and slowly are regaining their pre-2009 strength.

Once the recession hit, Nevada credit union membership began dwindling due to people relocating out of state, filing bankruptcy or moving their money to investment vehicles offering returns greater than the low interest rates. One Nevada Credit Union, for example, had about 80,000 members at its pre-recession peak; today that number is 75,277, said Brad Beal, president and CEO. One Nevada has $704 million in total assets, 17 branches and serves residents of Clark, Washoe and Nye counties.

Numerous customers stopped making payments on their real estate and other loans, and credit unions were stuck with the balances. Account delinquencies and charge-offs became the norm, and took their toll financially. Pre-recession, One Nevada’s delinquency rate in its consumer and residential loan portfolios was just under 1 percent, but during the recession, it reached about 5 to 6 percent, Beal said.

In response to delinquencies, many credit unions drastically reduced the number of new loans they did; some even halted certain lending programs altogether.

Consequently, capital dropped so much for more than a handful of Nevada credit unions that they had to merge with larger, healthier ones. Mountain America Credit Union and America First, both headquartered in Utah, are two out-of-state credit unions that absorbed some of Nevada’s smaller, struggling ones during that period.

Many Nevada credit unions are garnering profits, a welcome trend. Clark County Credit Union (CCCU), for instance, posted $2.7 million in net income in the first quarter of 2013, continuing a string of profitable quarters since December 2010 and marking CCCU’s best quarter since 2007. This credit union, which serves 33,000 members in Clark County, has $496 million in assets and four branches.

“It feels good to have some profitability again,” said Wayne Tew. “That’s new. The trending just continues. It’s almost back to what life seemed to be here before the recession hit.” Tew is the president and CEO of CCCU and the board chairman of the Nevada Credit Union League, a trade association for credit unions in the state, which provides advocacy, regulatory support and some educational training.

Also gaining traction is loan volumes. For the first time in six years, CCCU had positive growth in May, April and March in all of the loan types it offers. Its current focus is on auto and real estate loans, which are in greatest demand. About 50 percent of the loans it’s doing are auto loans. “We have to keep a balanced approach,” Tew said. “We don’t want a lot of long-term loans on the books at these interest rates.”

While BDCU’s loan demand has increased and been strong, the new financings it’s doing still are offsetting those getting paid down or charged off.

“We’re hoping to get over that next hurdle, where we can experience net loan growth here, in the next 12 months,” Estes said.

In terms of auto loans alone, Nevada’s credit unions handled about 15 percent of them in 2008, Barker said. In the three subsequent years, that share dropped to 6 or 7 percent. That drop has reversed and today, credit unions are responsible for about 10 percent of auto loans. As of May 2013, auto loans by Nevada credit unions were up 84 percent year over year and, excluding Mountain America and America First, they were up 70 percent. The trend is expected to continue, particularly as Nevada car sales in general are on the rise. About 31,000 more vehicles sold in 2012 (429,387) than in 2011 (397,724), according to CU Direct data.

Residential real estate loans are picking up too, as more people are looking for homes. Unfortunately, inventory of resale homes is low, particularly in Southern Nevada, which is hampering potential mortgage growth.

Mobile banking is hot, and more and more credit unions are adding these types of services, which allow members to perform transactions via their smartphones, such as paying bills and depositing checks. CCCU, One Nevada and BDCU all offer some mobile banking features.

“Mobile banking is probably being implemented at a faster pace than any other delivery channel we’ve ever seen, faster than home banking and faster than debit cards,” Tew said. “It has a very rapid growth curve.”

The single biggest challenge the state’s credit unions face and must prepare for, Estes said, is interest rate risk. An increase in interest rates is inevitable; it’s a matter of when and how fast, he added.

“If inflation starts to spike or the economy improves substantially so that rates move quickly, financial institutions will be caught in a difficult interest rate scenario,” Estes said.

Another unknown of concern, the greatest regulatory risk, Tew said, is how new potential rules imposed by the Consumer Financial Protection Bureau will affect credit unions. Currently, the agency is working on mortgage guidelines and broaching overdraft protection.

“This could be a very interesting alteration in the regulation landscape over the next several years,” Tew said.

Dealing with other regulations remains an ongoing challenge, too. For instance, One Nevada likely will discontinue its overseas funds transfer service due to related, newly adopted requirements, Beal said. It may also offer fewer mortgages to members due to new regulations slated to take effect in 2014.

“The rapid expansion of regulations, covering everything from lending to handling cash deposits to wire transfers of funds and just about every other aspect of our business, continues to increase our costs and complicate matters for consumers,” Beal said.

About every month, Tew said, credit unions are having to modify their real estate documents, with a new disclosure or some other change.

“We just have to adapt as we go,” he added. “It really has become where the changes are almost ubiquitous.”

The threat of Congress rewriting the tax code (it’s been talked about this year) has Nevada’s credit unions worried as well. The federal government could, at that time, look to and require credit unions to pay additional revenue irrespective of their nonprofit structure. The Credit Union National Association and its credit union constituents are taking a proactive approach with the campaign, “Don’t Tax My Credit Union!” which includes educating members.

“If there is a bipartisan discussion taking place, we have to take it seriously,” Estes said.

In terms of operations, it’s difficult for the Silver State’s credit unions to gain market share, Tew said. As people become more reliant on mobile banking, they perceive the prospect of changing financial institutions as more and more laborious, between online bill pay and automatic deposits to new account numbers and mobile phone settings. At the same time, many of the state’s credit unions aren’t as focused on growing as they are on continued financial recovery.

“More institutions are trying to heal from the damage done to the economy and strength of the balance sheet over the last six years,” Tew said. “That will change this year as people see profitability come back, and then they’ll progress with their plans.”

A nationwide survey of credit union executives earlier this year by TransUnion, the global credit information and information management services company, revealed loan growth was their biggest challenge. The same is true for Nevada’s credit unions, even though for many loan totals are increasing. Unemployment, of 9.6 percent in May 2013 and the shortage of resale home inventory are keeping people from pursuing loans. One Nevada, whose loan delinquency rate has recovered from a high of 5 to 6 percent to now just over 1 percent, is tackling loan growth through heavy marketing of its consumer and residential real estate loans through mostly direct mail, e-mail, radio and billboards, Beal said.

Despite the hurdles, optimism for the future abounds at Nevada’s credit unions. The worst seems to be in the past, Tew said, and there still is work to do, but the survivors likely will fare well.

“Nevada’s credit unions in general are doing great,” Barker said. “We’re excited and confident that the trend is going to continue.”