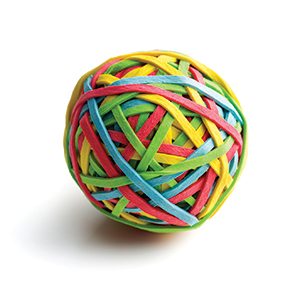 The climb in vacancies was due to negative net absorption of 229,500 square feet during the quarter. However, it is important to note that the latest performance is largely attributable to two significant move-outs. The Nevada Cancer Institute substantially ceased operations during the period, vacating its 143,000-square-foot building. In addition, the University of Phoenix vacated its 40,300-square-foot space at Longford Medical Center.

From a supply perspective, the new facility for the Legal Aid Center of Southern Nevada completed construction, adding 35,000 square feet to the market and bringing total inventory to 52.7 million square feet.

While conditions remain fragile, the office sector appears to be feeling its way along the bottom.

Driven by California’s Prop 30, which retroactively raised state income taxes on many individuals in the Golden State, growth in the first quarter of 2013 was more than noticeable. New companies like Rogue Gaming continue to enhance the Downtown economy. Call center and data center activity has remained strong throughout the market. Henry Schein stayed in the market signing a new lease for 75,000 square feet.

The continued growth still depends on macroeconomic trends: the Feds constant QE programs will one day end, which could lead to a discount in bond prices, sending interest rates up.

Reno’s immediate future looks bright. The local economy has never been more attractive than it is today, aided as it is by private equity investment. As cap rates reach historical lows in major metro markets, real estate investment will search tertiary markets for higher returns.

Go to the View Issues 2013 page and click on June 2013 to view this article with accompanying statistics.