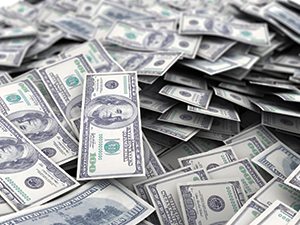 The business financing picture in Nevada today is brighter than it was during the two years following the country’s great recession. Capital is available. Businesses are seeking financing, and lenders are closing loans.

“Things are definitely looking up,” said Bob Francl, executive vice president and regional manager of First Independent Bank, which serves clients primarily in Northern and Eastern Nevada. “Banks are making plenty of loans. The competition right now among the banks is incredible. We’re all trying to lend money.”

“While that may have been the case during the recession, it no longer is,” she added. “I think the rumor has frightened some people away from even trying.”

The major difference today is that more companies qualify for loans, not that the requirements for borrowers have changed. Generally, loan applicants need a solid business plan, expertise to carry out whatever it is their business does, some type of collateral and, most importantly, adequate cash flow to be able to repay the debt.

Even in the improved environment, some types of loans remain more challenging to obtain than others. One example is financing for new construction of certain commercial projects, like office space, due to inventory over-supply. At the same time, however, loans in other areas of real estate—commercial industrial and single-family residential, for instance—are seeing growth.

“Even though there is not a lot of construction activity, we are lending if the economics make sense,” said John Guedry, president and chief operating officer of Bank of Nevada.

With respect to most other types of business loans, lenders report increased activity in 2012 over the previous two years and a solid start to 2013.

“We are absolutely in the position to lend money and are doing all that we possibly can to lend today,” said Shannon Petersen, executive vice president of corporate banking at Nevada State Bank. “At end of day, our liquidity position is strong. The way a bank makes money is by lending money.”

The number of small business loans being closed for existing enterprises is on the rise. Between October 1, 2012 and April 1, 2013, banks in Nevada made 150 U.S. Small Business Administration 7A and 504 loans for a total of $52.5 million, an increase over the previous year, said Ed Cadena, director of the Nevada district office of the U.S. Small Business Administration. Available SBA loans range from $1 to $5 million, but most given are about $50,000.

“The trend is going up because we were down so long,” he added. “Lenders are looking big time to find borrowers that are good.”

The Nevada State Development Corp., a nonprofit organization that provides mostly small- and medium-size Nevada businesses (but some startups, too) with SBA 504 loans, long-term, fixed-rate financing to acquire major fixed assets for expansion or modernization, experienced an uptick in the number of its finalized loans, Alexandre said. In 2012, it completed 75 loans for a total of about $45 million, which is close to pre-recession levels. This compares to 57 loans for about $40 million it made in 2011 and 28 loans for about $14 million in 2010.

Recent clients include The Bootlegger Bistro, an Italian restaurant on the South Strip; 3G Productions, a Las Vegas audio company; and Sierra Packaging & Converting LLC, a Sparks manufacturer of printed flexible packaging for the food and snack industries.

“Our volume has increased significantly,” she added.

Alexandre attributes the rise to increased business activity in general and the temporary, two-year SBA 504 loan refinancing program for eligible small business assets under the Jobs Act, which ended in September 2012. The program allowed small businesses to refinance eligible fixed assets without having to expand, to lock in long-term, stable financing and finance eligible business expenses.

“We get calls daily from businesses that really need that refinance program,” she said. “Our industry has been working very hard to get that enacted for small businesses.”

In fact, Senator Mary Landrieu (D-La.) introduced in February the Commercial Real Estate and Economic Development Act of 2013, or CREED Act of 2013, which calls for reinstating the loan refinancing program for five years.

While more lending is taking place, a small business loan may still be hard to obtain, Cadena said. Applying businesses must meet all, or most, of the required criteria.

Borrowers should be upfront about their circumstances, any specific credit issues or problems, because eventually the lender will discover them anyway.

“Because of short sales, foreclosures and the fact most businesses suffered decreased revenue during the recession, bankers are being more careful and doing more due diligence,” Cadena said.

For startup businesses, obtaining a loan is more difficult. Not all lenders work with them. Some banks, for instance, take into account the personal cash flow and assets of the startup’s owner, but others don’t. The keys to getting a startup loan, Cadena said, are: having a solid business plan and clarity on how much money is needed, what the capital will be used for and how the debt will be repaid.

Nevada’s SBA hopes this year at least to double the total amount of last year’s loans, which Cadena said he thinks is possible.

“We are very excited that we’ve turned the corner,” he added. “I think this year is going to be a good year for small business and the next two years are going to be very good.”

A strong area of financing currently in Nevada is loans for income-producing properties. Last year, CommCap Advisors, a Henderson-based mortgage banking firm that arranges such loans, closed in excess of $50 million worth, an amount that’s doubled year over year since 2010, said Founder/Director Kyle Nagy.

Its loans, anywhere from $1 to $50 million, primarily go to developers and owners who need to refinance or reposition their real estate. Today, most of CommCap Advisors’ borrowers are in the industrial office, retail, self-storage, multi-family housing and mobile home park sectors, each of which constitutes about 10 to 20 percent of the company’s total loan production, Nagy said.

This in large part is due to general improvement in the commercial real estate market—increased leasing activity and valuations.

“It’s been busy, surprisingly,” Guedry said. “The market is starting to become more active, and the economy is getting healthier. We’re working harder to find loan opportunities.”

“The SBA and the U.S. Department of Agriculture have provided more capital and more flexibility in their existing programs to encourage more lending to businesses that qualify,” Guedry said.

Nevada State Bank last year did about 500 new, non-SBA business loans for $230 million, assisting a full range of Nevada companies from boat dealerships to dentists, Petersen said. This represents a year-over-year improvement in the number of loans and total lent. Small business financing was up about 9 percent in 2012.

Among others, the lender provides term, commercial and residential real estate, agriculture and SBA loans. Currently, the most popular term loans are for equipment and expansions as well as owner-occupied real estate.

“Though not through the roof, business confidence is returning to stable or is slightly more optimistic,” Petersen said.

Nevada State Bank anticipates a 3 to 5 percent net loan growth in each of the next couple of years, Petersen added.

“We have seen improving market conditions and underlying borrower performance,” Francl said. “There has been more loan demand. It’s encouraging that we’re returning back to what seems to be banking as usual, which is highly competitive.”

Any business owner who’s contemplating applying for a loan should go to their local business development center, bank branch or other lender to learn how to start working toward qualifying. Many will advise customers about their options and how to proceed as well as help them develop an adequate business plan.

“Even if you’re not ready now, we can help you with what you need to do to get ready,” Alexandre said. “A lot of business owners would be surprised that we may think they’re ready now.”

This year already is shaping up to be at least on par with, if not better than, 2012 in terms of lending activity, experts said.

“As consumer and business confidence continue to improve, I’ll think we’ll see a gradual increase in loans throughout the state,” Petersen said.