You are here: Home / Features / Feature Story / The Right Person for the Right Job 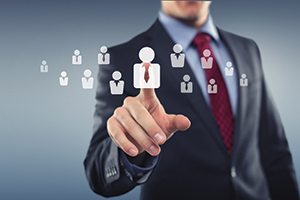 What Employers are Offering to Find the Right Employees

In January 2000, when unemployment in Nevada stood at 3.8 percent, everyone who wanted a job was working. Retention was key for businesses and if the quality employees that employers wanted to retain requested bright orange walls and a slide in the lunchroom, or wanted to work flex-time hours, employers did what they could to accomodate them.

Despite the number of people unemployed in the Silver State, employers still need to hire the right people for the right positions, and that can be difficult, especially if the employer is dealing with a smaller budget than a competitor who’s either also hiring, or who has already hired the best candidates.

But in April 2013, with unemployment in Nevada at 9.7 percent for January, do employers need to offer perks to keep employees once they’re onboard, or offer benefit packages to bring them in to begin with?

The simple answer is yes, companies are still offering perks, said John Parel, Northern Nevada business services manager, Department of Employment, Training and Rehabilitation (DETR). When companies come into the area looking for employees and concerned about salaries, some of the facts they learn from Parel include: people who are still in Nevada and unemployed probably have a tie to the community and want to stay. Second, salary is important, but so are benefits. For families, especially families with children, insurance is important. “We have more companies coming in now with better incentives, profit sharing, cafeteria benefits, that sort of thing. It went away for a while like an emergency handbrake being set, but companies are now competing for quality employees.”

Show Me the Benefits

“In general, employers are doing modest increases to retain the quality people that have helped them make it through the lowest part of the recession,” said Bill Rosado, president, ManagedPAY, which offers payroll, insurance and HR services. “I don’t see my clients hiring up middle management, they’re sticking with what they have and if anything, giving additional wages or perks to keep employees onboard.” Even though the economy is recovering, there’s still a lot of uncertainty.

Businesses have changed, and are operating as leaner, more efficient and effective companies that rely on core people to do the work and take on more and varied tasks. They are operating on the software they can afford and technologies available at a reasonable price. Parel said they’re also looking for employees with specific skills and possibly a jack-of-all-trades. “It could be somebody in the accounting office who can do some HR work. That’s hard to find. An engineer with a sales background. Companies love that because that’s basically two employees for one, so they compete for those people with a broad background.”

There are industries that continue to hire, like medical, and those that are working on specific projects for specific periods of time. Despite high levels of unemployment, employers are still having a hard time finding the right quality person for the right job. To some extent, how tight the labor market is depends on the industry. Manufacturing is having a hard time filling positions, and companies are reworking their processes and reaching out to education sectors to train new employees. Technology remains a hard industry to staff, because there’s so many different needs.

Education isn’t the answer to everything, though. Some industries that were hit by the recession – construction, for example – don’t necessarily lend themselves to retraining their workers for other fields, like high-end technology positions.

“Employers are having to look, recruit, steal in some cases, some of these employees from other areas,” said Sarah Sommers, CEO/partner of Solutions at Work out of Reno, an HR consulting firm that offers payroll, HR and time and labor management services.

Employees may also be willing to make the jump from one employer to another if the benefits package is right. So even in today’s downturned economy, perks count.

The standard benefits for leaving one employer for another include the obvious to start with: a higher salary is a definite draw. But the standard benefit package – health insurance, dental, vision, life, a 401k, those are all attractive options for employers to offer. But while some employers can offer such benefits, not all of them can still offer the same amounts.

So business owners are branching out, finding new ways to attract quality employees and keep the ones they have already onboard. From gym memberships to flex time to free lunch, employers are changing the game.

In Northern Nevada, Saint Mary’s Center for Health and Fitness has some 5,000 members in its gym facility, 1,500 of which are from corporate partnerships. Corporate memberships allow businesses to offer employees discounts on monthly membership and enrollment fees. Of the 40 corporate members, three pay for employee’s membership fees, two of those paying the fees in full and paying for spouse memberships as well.

One of Sommers’ clients offered employees free lunch. Employees were taking long lunch hours and spending a lot of money on lunch, so the owner began offering lunches daily. That schedule switched to weekly lunches because of the cost, but offering in-office lunch turned out to be a benefit to both employees and the business, bringing everyone together.

“The owner finally decided, ‘Hey, if I could keep you all here and feed you something healthy, it might be a great bonus for all of us,’” Sommers said.

But just as that employer had to change from daily to weekly lunches, perks can be cost prohibitive. Employers who once picked up 100 percent of health benefits may change to paying a percentage. Ironically, Sommers said, one of the popular perks is the opposite of a move made by the new Yahoo! CEO recently. When Marissa Mayer took over, she called all the employees who had been working remotely from home back into the office.

While she probably had her reasons, other business owners are finding flextime options and the ability to work remotely from home are attractive options to employees. Some business owners offer a work schedule of four 10-hour days, making for long weekends. Others allow employees to work from home, a growing trend and an enticement in companies other than Yahoo!

One enterprising business owner instituted monthly staff meetings as theme parties. “Everyone can debrief and catch up with everybody and it’s like a fun staff meeting,” said Sommers. “So people are starting to think outside the box to increase morale, have some different and/or new camaraderie amongst their peers. I think most employers generally are open to these types of things so they don’t get into the stress of a really hectic week or something like that. I think they genuinely want to work with their employees, but it’s got to be give and take.”

It’s Not All just About the Money

A competitive wage doesn’t necessarily mean employees will be attracted to a business or stay once they’re there. Whether or not a business is at-risk of losing that perfect employee from the perfect position depends on the employee him- or herself.

When addressing the urge to move on to another job, employers need to focus the employee on the entire package. They need to make certain the employee has looked beyond the hourly wage or salary.

“They need to say look, I’m your employer and this is what I’m affording for you while you’re working here, and it’s a great way to remind employees of that, especially during a semi-annual or annual review,” said Sommers. Many employers will present the numbers at an end-of-year summary, a thank you for your work, followed by this is how your year looked. Those numbers include the salary, perks like gym memberships, contributions into retirement accounts, what was paid to the employee and his or her family in terms of benefits and everything else so if an employee is contemplating leaving, that the employee is taking the entire package into consideration, not just whatever goes home in his or her wallet.

Affordability is the key to benefits. Where some employers find a sticking point is at healthcare benefits.

“One thing to remember about perks is that a lot of employers are spellbound,” said Rosado. “They’re somewhat frozen in their tracks as they watch the healthcare reform unfold. They’re waiting to see what the exchanges are going to bring and how big of a problem the costs associated with health insurance is going to be.”

For companies with fewer than 50 full-time equivalent employees, health insurance decisions will remain the same – employers will need to determine if they can afford to provide it for employees and as long as premiums don’t rise too much, the decisions should be about the same for employers as they are now.

What Rosado is seeing is that “Nobody is changing what they’re doing. My sense is everybody just wants to know how to get through next year, how to face 2014 with respect to healthcare. They want to see what payments are going to be for health carriers.”

Where carriers could once raise premiums by as much as 10 times the amount a company had been paying, especially depending on the makeup of the employees and the risk assessed with insuring them, now carriers will have to treat all companies the same and offer all businesses the same rates. While carriers can deviate and increase rates by a factor of 5 percent, they can’t deny coverage.

“Nobody knows [what’s going to happen] because there’s no crystal ball,” said Rosado. But if the rates rise high enough that no employer can afford them, then health insurance as a perk stops being an incentive.

“I think employees are as confused as employers,” said Rosado. “They want benefits like healthcare and retirement plans. More and more, people who have been unemployed for some time and are looking to get back to work, are willing to settle for less than what they were doing and they might be looking at their lives a little different. ‘I’ll come back to work but I want to come back with a flexible position and spend more time at home or doing other things.’ But the incentives that employers are offering? I don’t see any major incentives being offered.”

There are unique industries providing unique perks to attract and retain employees, especially in the software technology and high-end tech industries, but many of those jobs are heading outside our country.

“My recommendation to most employers is to do some analysis on their industry and see what’s being paid so they’re not operating from a blind spot and assuming they’re competitive,” said Rosado. “They might find they’re on the leading edge of what pay is in terms of salaries and perks and the kind of company they are. Allowing people to have more power in the business and a place that really nurtures somebody to learn more about the industry and to move up in the line. If people would do a competitive wage survey on their own, they might be more convinced they’re doing everything good.”

Companies are competing for the best talent, Parel said, and that’s always going to be the case. A good company with a good track record for growing from within, where orientation shows a clear path from point A to point B that includes growth within that company, is the type of company that succeeds and competes with others for the best employees.

“Most employers pay competitive salaries and benefit packages, and I think all of them are basically on hold,” said Rosado.

For now, it’s a wait and let’s see where we’re going environment, and for the most part, employers and employees are staying put.