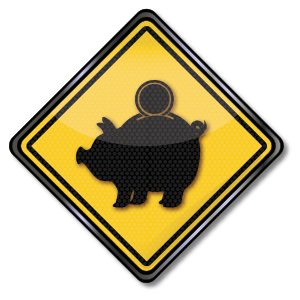 As president and owner of Heuer Insurance Company in Sparks, Larry Heuer is well aware of the catastrophic losses businesses have the potential to experience if they don’t practice appropriate risk management. As an example of sound risk management, however, he chooses to remember a client who suffered a large loss due to a fire caused by a tenant in one of his upscale apartment complexes. “This was a very bad claim, but the client had the right amount of coverage,” Heuer explains. Having the right amount of coverage meant that the client avoided having to reach into his own pocket to pay for tens of thousands of dollars for the extensive damage to his property. “The purpose of insurance is putting you in the same position after the loss as before,” Heuer says.

Although having the right insurance is crucial to any business, it’s only one cog in the complex wheel of good risk management. “Risk management is a much more comprehensive look at risk [than just insurance] with a formalized process,” explains Gregory Pike, chief sales officer for Nevada for Hub International Insurance in Las Vegas. Risk is broadly defined as the probability of an unforeseen incident and its resulting penalty. Risk management is the identification, assessment and economic control of those risks that can endanger the assets and earning capacity of a business, according to Cholamandalam MS Risk Services Limited. “Ultimately it’s about the economics,” says Lou Bubala, partner and bankruptcy attorney for Armstrong Teasdale in Reno.

In identifying the risks for a specific business, it’s critical to encompass every facet of the business, from the most obvious risks common to many enterprises to any unique risks a particular business might have. This identification process can include legal, physical, financial, human, intellectual and technology risk issues. It’s also useful to think about business risks as being non-entrepreneurial, such as fires and floods, and entrepreneurial, such as economic forecasting and product development.

Once a complete list of risks has been established, some risk managers advise that each risk be assessed for its probability of occurrence using a scale such as the following:

In addition to employing the occurrence probability scale, it’s important to evaluate the potential financial damage that could result from each risk in order to respond appropriately. If a risk is very likely to occur, but doesn’t present a huge loss, it could be less threatening than a risk that has very little chance of occurring, but could devastate the company. Actuarial tables providing a statistical analysis of these variables can be very helpful and are available in various types of software and also on the Internet.

Depending upon the nature of the identified risks, they can either be managed or controlled economically by transferring the risk to various forms of insurance or mitigated through a variety of business practices and policies in-house. In deciding how to manage the risk of a potentially dangerous animal act on stage, for example, the business owner can transfer some of the risk to an insurance carrier, modify the conditions under which the act takes place and have money set aside to satisfy any liability actions or even decide that because the risk is too great and would cost too much to mitigate it’s not a good idea to even have the act.

Risk management decisions should be based upon preventing as much risk as possible (although complete eradication is not realistic for everything) and/or mitigating risks to a level that is at least somewhat tolerable for the business. “There will always be risks or events that cannot be fully prevented or contained, so it’s important for businesses to develop effective response and recovery plans,” says Todd Macumber, president of the Risk Services Division of HUB International Limited.

A key component in the decision making process is timeliness. “They need to consider proactively what the choices are,” Bubala says. “It’s better to talk to us before your problems. If you come afterwards, the ink is already dry.” Those involved in risk management agree that the operative word is “early.” “You need to be ever vigilant,” emphasizes John A. Hunt, Esq., a legal partner in Raleigh & Hunt, PC in Las Vegas. “Without protection, the business could take a fatal blow.”

Legal risks can be viewed by some business owners as an enormous dark shadow that can threaten the company in a variety of ways. Complying with the increasing regulations that burden businesses is very challenging for everyone. Being in noncompliance, however, can expose a business to serious financial penalties and can even cause an outright failure of the enterprise under certain conditions. Other legal risks can be incurred if contractual agreements, such as leases and employment contracts, are not properly negotiated to protect the business from unnecessary liability. “Most everybody has to deal with a lease or franchise requirements,” Heurer says. Bubala says he gets drawn into the lease agreement process quite often. “I don’t want my client to get stuck holding the bag. The worst thing is for people to just stop paying because they run out of money,” he says. “My job is to figure out how to protect my client’s assets.”

Common physical risks are fire, explosions and floods, but depending upon the individual business, risks can also include hazardous material spills, such as acid, gas, toxic fumes and poisonous waste. In addition to having adequate insurance to cover losses from these risks, businesses can help reduce the risk substantially with effective planning. Sound risk management includes working with government agencies and first responders to obtain information about how to prevent, control and minimize damages resulting from these types of events. Of increasing concern are threats posed by terrorism and violence as well as data breaches and viruses. “Consider business interruption and extra expense insurance to hedge against having to shut down operations for a few days or even weeks. Another important consideration today is cyber insurance,” Macumber advises. For businesses who fail to plan ahead the price can be high. About 75% of companies that do not have an effective plan fail within three years of a major disaster and those who cannot resume operations within ten days will likely not survive, according to the U.S. Bureau of Labor Statistics.

Much of the financial risk incurred in a business can be reduced before the owner even opens the doors, according to Bubala. “You see in a lot of businesses that people think they can do and don’t know anything about it. I see this happening in bankruptcies all the time. Everybody thinks they can run a restaurant, for example,” he says. “People just get in over their heads.” Before jumping into a business, it’s essential to have a business plan and to evaluate your knowledge and experience in this particular enterprise so that you can determine what your success might be. If you’re weak, but persistent in going ahead, it’s critical to get people on board with the needed expertise. In the absence of that knowledge, in many instances it might be prudent to just not do the deal.

If you’re a business owner who is looking for a buyer, it’s equally important that you take the time to qualify a potential buyer before inking the deal, according to Bubala. “A lot of businesses are sold without evaluating the buyer,” he says. “They have to have a good understanding of how it works and an understanding of cash flow.” Another high risk is carrying the paper for a buyer who either can’t or won’t pay or finance it himself or herself. The seller may be very unhappy to find it necessary to repossess the business sometime later on because of nonpayment.

In a very broad sense, intellectual property (IP) encompasses creations of the mind, such as works by artists, writers, designers and inventors. The legal protection of these creations includes copyrights, trademarks, patents, industrial design rights and trade dress, which refers to the visual appearance of a product. “If you don’t protect your IP it could have devastating consequences on the overall profitability of the business,” Hunt says.

The more important the IP is to the business, the higher the risk if it’s not protected. It’s critical to proactively protect it by having reserves on hand to prosecute anyone who infringes on your rights and to take those rights into consideration in any contractual negotiations you might enter in to. Hunt says he had clients with patent rights to a process used in the gaming industry, but they refused to protect their rights with reserves. “The company is now out of business. They were given the opportunity to assess the risk, but didn’t provide the resources,” he says. A common mistake business owners make is to not put people on notice about infringement as soon as they find out about it. “You have to remember one thing—protect yourself at all times,” he says.

Although the poor economy makes it more difficult for many businesses to afford the expenses of risk management, the irony is that the need for protection is greater now. “Risk management has become more prevalent in the past four or five years because there are so many avenues where business is vulnerable,” Pike says. Society has become ever more litigious in many arenas. Employees who lose their jobs are more likely to file a lawsuit because of the increased difficulty in finding other work, for example.

“Insurance has been a pawn of the economy these past five years,” Heuer says. He explains that even though businesses probably need more protection now, insurance can be harder to buy. The industry is at the beginning of a hard cycle which means products are harder to find and buy. “The decline in the economy has forced people to pay more attention to the basics. Hiccups were covered up in a strong economy, but it’s not so forgiving now,” Bubala says. “We don’t have these issues in an economy that’s growing,” Pike says.

To increase the chances of success in today’s tough business climate it’s important to reach for professional help when it’s needed to fill in the gaps in skills. “Nobody in small business can physically wear all the hats they need to be successful,” Pike explains. “There are so many moving parts that require experts that the business may not have.” Because most small businesses do not have the luxury of having a qualified risk manager on staff, they need to consider looking outside their business for experts who can do the job. “The biggest problem is not having proper personnel to assess the risk. The business owner may not be the best person. It is money well spent to get a professional to do it,” Hunt says.