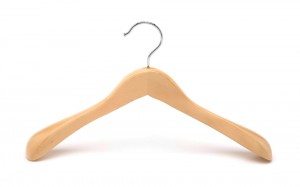 By the end of 2012, vacancies in the retail sector reached their lowest level since the first quarter of 2009. The vacancy rate ended the year at 9.9 percent, down 0.3 percentage points when compared to last quarter (Q3 2012). Compared to a year ago (Q4 2011) the rate is down an even greater 0.7 percentage points. The latest market activity suggests the retail sector is moving in a positive direction.

The retail sector continues to outperform the Las Vegas office and industrial sectors. During the fourth quarter, the latest activity in some of these larger spaces drove the vacancy rate down to below 10 percent for the first time in over three years. While the pace of recovery remains slow, it appears increased stability is likely to prevail in the anchored retail market.

The Reno/Sparks retail market showed additional weakness during the 4th quarter of 2012. During the quarter, the vacancy rate increased slightly, and the area had a net absorption of -39,552 square feet. With this negative net absorption, the market slipped in the wrong direction again. However, the vacancy rates did not exceed the 2nd quarter, which may have been the peak in the market.

The line shop vacancy rate has increased slightly from 22.43% last quarter to 23.07% this quarter. The anchor vacancy rate is holding virtually steady just below the record high with 15.41%. The overall vacancy rate is 18.52%, which is slightly off the record high from two quarters ago. The continuation of these high vacancy rates are causing financial pressures for some landlords even leading to receivership and foreclosure in some circumstances. However, on the flip side, it is creating opportunities for new businesses as landlords aggressively compete for the few tenants looking for space.

Go to the View Issues 2013 page and click on April 2013 to view this article with accompanying statistics.