You are here: Home / Features / Special Reports / Technology: Wired Up and Ready to Go 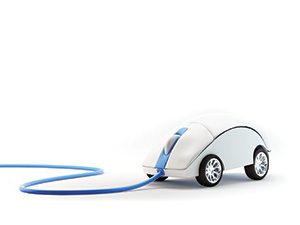 With so much of America looking hopefully to the future, the state of Nevada is building it today by taking all the right steps to become a global technology leader in the year ahead.

The technology sector in Nevada “has changed so much in five years,” says Dave Archer, President and Chief Executive Officer of the Nevada Center for Entrepreneurs and Technology (NCET), a Reno-based independent nonprofit organization that helps Nevadans start and grow their businesses through educational programs and by connecting them to the resources they need to succeed. “You can see it in the number of companies that have set up shop here and are thriving.”

What has been behind it? “I think it’s been a lot of things,” says Archer. “Obviously, Nevada remains a great place to have a business, and I think a lot of states, notably California, have become horrible places to have businesses. I moved here from California, and it is an onerous place to own and operate a business.”

What has also happened, he explains, is that executives tend to look at good companies in their own sectors and think, “‘You know, if that company is in Reno maybe we ought to look at Reno, because there must be some reason that people are starting to be there.’ So I think there are a lot of different things that lead to clusters developing.

Archer sites two examples of technology companies in Reno that typify the trend. One is Digital Solid State Propulsion LLC. “They make little tiny rocket motors the half the size of your pinky for satellite station keeping. They have a dozen PhDs who are working on rocket motor technology.” Another is Sierra Nevada Corp., which recently signed a multimillion dollar deal with Lockheed Martin to work on the next-generation space shuttle.

“So you’ve got companies like that that are already here,” Archer adds, “and as other companies outside the state see those companies they think, ‘There’s got to be a reason they’re located in Nevada.’”

“From CenturyLink’s perspective, the rate of technology innovation and technology enablement is accelerating,” notes Vice President & General Manager Jeff Oberschelp. “Technology companies need increasingly faster network connectivity, secure data centers and flexible cloud computing solutions.” To meet the demand, CenturyLink has made significant investments in the Las Vegas area over the past three and a half years, building fiber access to the Internet for many business locations in Las Vegas or within close enough proximity that it can complete the build quickly if speeds are needed. “With fiber access we offer up to 1 Gbps Internet access as an off-the-shelf product.”

Oberschelp calls Las Vegas “a community of we-can business, education and government leaders, with a renewed sense of collaboration and the infrastructure to support advanced technology.” He believes it can build a world-class tech-centric community. “We are clearly building the infrastructure to make Las Vegas a technology-friendly city and destination, and this direction is amplified by a foundation of public and private support.”

Rob Roy’s (CEO of Switch Communications) establishment of the InNEVation Center, notes Oberschelp, “will make a collaborative working environment for public and private entities to help build business in Southern Nevada, and has helped seed this with a group of technology angel investors.” The city and county governments are committed to streamlining the business permitting license too, he feels, which will aid in securing technology companies.

And so the question many have asked – and that frankly makes some people chuckle – is whether or not Nevada can become another Silicon Valley.

It’s time for the laughter to stop.

“I wouldn’t compare us to Silicon Valley,” responds Max Aceituno, the owner of web design and development firm MaximoMedia, “but I think there’s a good possibility that we can become a sustainable hub for innovative tech and startup organizations.” The state’s community of talented people, entrepreneurs and tech companies is growing, he says, which helps generate the buzz to bring in and foster more talent, leading to additional investors and outside attention. “If we can keep that up, we can definitely help put Vegas on the map.”

The biggest thing forming downtown, and in the state as a whole, in Aceituno’s opinion, is a stronger sense of community. “You have like-minded founders, executives, designers, developers, marketing specialists finding a common ground to mingle, network, work and share ideas.” More events and companies are popping up every week, he adds. “Even beyond tech, it’s pretty amazing. Just two weeks ago I was at a downtown opening for a fashion co-working space. I never would have imagined seeing something like that a few years ago. Really, downtown is bustling with activity and it’s only getting better. It’s not just downtown either: Switch is making great strides to support and invest in the tech community. The Switch inNEVation Center is an awesome spot in the Southwest to co-work (affordably), mingle and host events. It’s an amazing time to be in Vegas right now.”

“We already are a Silicon Valley of sorts,” insists Mike Bolognini, Market Vice President for Cox Communications, Las Vegas. “For example, the DOE and DOD have one of the largest research facilities here, as does the EPA. At the same time, through the efforts of Nellis and Creech Air Force Bases, we have become the world leader in unmanned technologies. That form of technology will certainly come to benefit all of us as consumers.”

That said, however, Bolognini points out that what Nevada is not is a hub for software development or computer manufacturing much like Silicon Valley or Seattle. In order to get there, he believes, a highly educated workforce is essential. “For some of our positions we need to look outside of Nevada for qualified technical personnel with STEM degrees and specialized backgrounds,” says Bolognini. “Our needs are very similar to the needs of any company doing business in a high-tech environment, so an educated workforce is paramount to becoming a Silicon Valley.” In January, Cox unveiled its 150 Mbps high-speed Internet service — reportedly the fastest non-fiber-optic broadband speed available in the state – at the Las Vegas Metro Chamber of Commerce’s annual Preview Las Vegas business event.

“Some six years ago, when we invested in our current company headquarters building on 13 acres in West Las Vegas, it made a very positive impact in this community,” Bolognini recounts. “Similarly, as a company, we have long been dedicated to the core of Las Vegas by upgrading it and building it out as we prepare that area for the new technology frontier. We see some great things happening in downtown Las Vegas with the current wave of construction and investment.”

Some of the most talked about developments are coming from Tony Hsieh, his technology fund and the startup companies his investments are creating, says Bolognini. “His technology vision is responsible for a new generation of garage entrepreneurialism in Vegas. And who knows, maybe it will launch the next Microsoft or HP in downtown.”

“Tony Hsieh has established the Downtown project with $50 million set aside for technology companies,” Oberschelp points out, “and this project appears to be paying off with some recent moves by gaming companies moving to downtown.” The establishment of the USR Library also looks like it will foster the notion of downtown Las Vegas as a tech-friendly community, he adds.

Aceituno says that from his perspective, the state is making it easier and more affordable to have your business in Nevada.  Two examples, he adds, are the launch of the new SilverFlume portal, “which allows you to easily start a new business and get many of your licenses taken care of all-in-one spot and within a matter of minutes,” and the Digital Operating Agreement, a service that allows companies/startups starting an LLC a service to generate a free operating agreement.

Archer feels that the state’s realignment — the shift from the Nevada Commission on Economic Development to the governor’s Office of Economic Development – “reflects the state’s focus to have a unified and aggressive program to attract companies here. Of all the companies in the world that you could get to pick up and move to Nevada, you can’t beat Apple.” The computer giant plans to open facilities in Sparks and Reno as part of a reported $1-billion investment in Northern Nevada over the next 10 years.

Brian Sandoval is one of the first governors to “move the needle toward diversification of our economy as in trade relationships, tourism and the potential of new technology development,” says Bolognini. “I was great to hear about the Governor touring the floor of CES this year, and we very much welcome having tech companies consider expansion into our state and his involvement in it.” But technology must be more than a word, he adds. “Building a data center is one thing. Making a committed investment toward deploying the technology of tomorrow along the front lines the way Cox Communications is doing it is something else again. We are the rubber that meets the road.”

Indeed, when Sandoval attended the Consumer Electronics Show in January he spoke of Nevada as a future leader in the technology business. Firms in other parts of the country should be aware, he said, that Las Vegas is “an up and coming technology center. It’s not just once a year when the show occurs, but we want technology.” He also dined with executives from tech companies to promote Nevada as an expansion site.

The next real need and opportunity is for secure data centers and scalable cloud computing, Oberschelp feels. CenturyLink has increased its capabilities in this space with the recent acquisition of Savvis, a global leader in cloud infrastructure and hosted IT solutions with more than 55 data centers around the world, allowing Las Vegas-based tech companies top-flight disaster recovery and redundancy capabilities.

At the same time, however, executives are seeing an emerging need for startup tech companies with limited capital, which need scalable and flexible cloud computing solutions so that they can focus their capital and energy on their product or application as opposed to expending it building expensive infrastructure. CenturyLink recently combined the strength of its national network with its portfolio of Savvis cloud services for the U.S. launch of savvisdirect, billed as a simple, cost-effective cloud computing solution for businesses of all sizes.

Three of the sectors that Archer and his colleagues are seeing a lot of movement in are aerospace, software and data centers, which he calls “real hot right now. Cobalt (Data Centers, which specializes in secure, high-density, network-rich co-location and provides next-generation environmental systems, security, redundant power systems, and robust fiber networks) is just opening up in Las Vegas, and Apple is getting ready to build a huge data center just outside of Reno.”

One of the best things about the tech sector, according to Archer, is that a lot of the businesses in it are not overly capital-intense. Some, like data centers, are, he notes, “but in software I think we will continue to see people moving here for the combination of lifestyle and business climate.” A software shop can be set up “with not much more than a laptop, and make a lot of money. Think of having one successful app.”

This goes a long way to explaining, he adds, why Nevada is seeing more software companies moving here. “You’ve got the young entrepreneurs moving to Nevada for the lifestyle and business climate and they can do it without a huge capital investment — and because, unfortunately, of the way the economy is we have this vast pool of trained people ready to go to work.”

And there should be plenty of work for them to do in the state of Nevada.