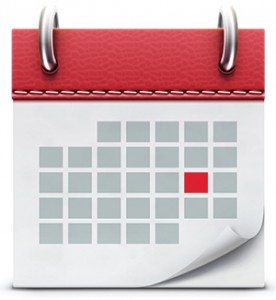 During the fourth quarter of 2012, the office sector witnessed a quarter-over-quarter increase in vacancy rate. The market-wide vacancy rate for the fourth quarter of 2012 was 25.3 percent, up 0.3 percentage points when compared to the prior quarter (Q3 2012). Over one-fourth of existing office space has now been vacant for five consecutive quarters.

For the year, a total of 544,900 square feet completed construction, largely attributable to the 310,000-square-foot Las Vegas City Hall which completed in the first quarter. The new health center at the southwest corner of Martin Luther King Boulevard and Mount Mariah Drive contributed another 33,000 square feet and completed in the third quarter.

Despite a 1.2-percent year-over-year increase in office-using employment in November 2012, incremental demand for commercial office product has remained limited. The commercial office market performance metrics remain behind its industrial and retail counterparts. The office market’s vacancy rate is now 7.0 percentage points higher than its industrial counterpart and 15.4 percentage points more than the retail sector. The office sector is expected to continue to lag other sectors with a multiple-year recovery cycle inevitable.

Although year end net absorption of 38,000 square feet did not contest that of over 120,000 square feet in 2011, the deal activity was consistent. The favorable news is that this marks the third consecutive year of positive net absorption within the office sector. Ending the year with an overall market vacancy of 16.34 percent, activity exceeded predictions.

The Meadowood submarket, namely the Kietzke Lane & S. McCarran Boulevard corridor, continues to lead the way standing at 13.83 percent vacancy. Institutional tenants continue to endorse this area as it provides multiple Class A options with freeway visibility and access.

The Downtown submarket and CBD office buildings continue to attract the major law firms due to proximity to government buildings and court houses, the professional services firms that desire to work near the people they do business with daily, such as financial services, commercial real estate brokerage, architecture and accounting and the newer generation companies that enjoy the activities downtown generates to create a fun work environment, such as technology, public relations and social media.

The Governor stated it perfectly in his address to the state whe he reiterated that progress is just going to take more work. There is no magic potion, just maximizing the work and live attributes the community has to offer. The office market of Northern Nevada will continue to see gradual growth in occupancy with no new construction planned. The Meadowood and Downtown submarkets are prime candidates for building re-positions as the market stays steady in its rebound. The theory is that Northern Nevada trails the Bay Area by twelve months; if this is the case, 2013 will be a good year.

Go to the View Issues 2013 page and click on March 2013 to view this article with accompanying statistics.