You are here: Home / Features / Building Nevada / Housing Market: Honing in on Homes 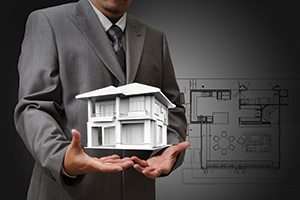 With increasing sales and home values, Nevada’s housing market shows signs of recovery and strength not seen in recent years.

“We’re on a good path right now,” said Patti Kelley, president of the Nevada Association of Realtors (NAR), a group that provides services to its members and advocates for private property rights. “We’re pulling out of the worst of it and finally turning the page.”

However, against this growth backdrop, experts said the market is plagued by a significant problem—insufficient inventory.

Home values continue to increase from their bottoms, said Kelley. NAR, whose membership has stabilized, is starting to grow again and currently is at about 13,500.

Reno-Sparks’ median home price has been trending higher than that in the state’s southern part. The December 2012 median price was $187,000, up 20.6 percent versus that of $155,000 in December 2011, according to the December 2012 Market Report of the Reno-Sparks Realtors Association (RSAR).

“We haven’t seen this pricing escalation in eight years, albeit gradual,” said Helen Graham, the Reno/Sparks Association of Realtor’s president.

Sales throughout The Silver State reflect the great demand for homes. This is due to “reasonable” prices and “drop dead low” interest rates,” Tina said. (In January, the rate was 3.4 percent for a 30-year, fixed-rate mortgage, per Freddie Mac.) Despite going through a terrible period in terms of the economy and the housing market, everyone still wants the American dream of owning their own home. Even people who lost their homes in a short sale are buying again.

“What’s the downside? There really isn’t any,” Tina added. “Even though we went up 24 percent on the median home price, some were down 60 or 70 percent, so there’s still plenty of room to buy something and get a 7 to 10 percent return on investment.”

Behind the sales are first-home buyers and investors. In Southern Nevada, for instance, about 50 percent of the resale activity is investors, said Dennis Smith, president of Home Builders Research Inc., a firm that researches and publishes reports on the Las Vegas housing market.

“There are so many investors because they can buy a product for less than replacement cost,” he added.

The Las Vegas region had its third best sales year ever, GLVAR data show. Resale homes costing under $200,000 are selling immediately, as are new homes in the $200,000s. Resale sales in the $500,000 and under range are good, too, Tina said. Particularly hot areas are the southwest part of Summerlin, the southwest submarket outside of Summerlin, south of Blue Diamond and Green Valley.

Similarly, Northern Nevada experienced its second highest year of overall sales in 2012 since the boom year of 2005. Most of what’s selling is homes priced under $400,000.

“There is buyer confidence that it’s still a good time to buy at today’s low interest rates,” Graham said.

Many of these purchases are cash deals as mortgages are difficult to obtain and appraisals aren’t keeping pace with recent sale prices. Banks only will lend at appraised prices. In January, in Southern Nevada, 56.1 percent of all existing homes sold were bought with cash, according to the GLVAR.

“It’s really, really hard to compete with the cash buyers and the cash investors if anyone has a loan,” Kelley said. “It’s hard for someone to obtain financing and then once they’re approved for that loan, they may have appraisal problems.”

Throughout Nevada, the number of homes for sale is limited, particularly those in the best-selling price ranges. The Las Vegas area has about a three- to four-week supply whereas the Reno-Sparks region has about three and a half months’ worth. This compares to a balanced market that has five to seven months’ supply, according to the RSAR. Some aspects of the Northern Nevada market are down to less than a month in terms of absorption, Graham said.

Suppressing the inventory, she added, is those homeowners who’d like to but are reluctant to sell their homes because they still are upside down on their mortgages.

“The demand is strong enough that we should see higher sales figures, but we don’t because we have no inventory,” Smith said.

The high demand and low inventory are resulting in a multiple offer situation. With any homes below about $300,000, by the time the buyer’s agent submits an offer on their behalf, as many as 20 offers already have been made, Graham said. It’s challenging for buyers, too.

“By the time they actually try and make an offer, they usually have been knocked out of play by investors who have already purchased the property,” Graham said.

What is helping inventory, Tina said, are investors flipping their houses and new construction coming online.

“If the builders weren’t building, we’d be in worse trouble,” he added.

In Southern Nevada, 5,900 new home permits were issued for 2012, a 58 percent increase over 2011, Smith said. Builders have purchased every subdivided lot in Las Vegas, which means if the land has been plotted, they can start construction immediately. New homes, for instance, are going up in Summerlin, Green Valley and Lake Las Vegas.

“Everyone is building throughout the valley now,” Tina said. “All the builders are building everything they can.”

Northern Nevada, too, saw a more than 50 percent increase in new home permits pulled in 2012 over the previous year. Today, at least 11 firms are building actively, not only in Reno and Sparks, but also in Carson City, Dayton, Winnemucca and Elko.

“We’re excited to see growth in the new home market and expect to see more in 2013,” said Mike Dillon, executive director of the Builders Association of Northern Nevada, a nonprofit organization that educates and represents its membership and the building industry.

The residential real estate market has undergone a shift from foreclosures to short sales. This is due in large part to the passage of Assembly Bill 284, which went into effect in the fall of 2011, at which time banks nearly stopped all issuance of notice of defaults. Short sales also got a boost when Congress extended the Mortgage Forgiveness Debt Relief Act through Dec. 31, 2013, which means homeowners don’t have to pay income tax on mortgage debt forgiven up to $2 million through year’s end.

In Southern Nevada, statistics from GLVAR reveal the percentage of short sales hit a record high, at 45.8 percent of all sales in December. In contrast, bank-owned sales, which comprised about 80 percent of total sales four years ago, accounted for 9.5 percent. Tina said he expects this trend to continue throughout 2013 then taper off in 2014.

For the first time in years, traditional sales, those not by lenders, accounted for more than half of all Southern Nevada home sales in January, GLVAR noted.

“Last year, our realtors were focused more on distressed property,” Kelley said. “This year they’re busy changing their business models on what they’re concentrated on.”

Real estate organizations are working to get the Nevada legislature to modify the language of AB284 so banks then can issue notices of default without ramifications. Should this happen, the number of foreclosures could increase and those foreclosed-upon homes could be put up for sale. This, however, likely wouldn’t dramatically affect the market, and inventory still would remain tight, Smith said.

More Of The Same To Come

It appears Nevada’s housing market has bottomed and is trending upward, experts said.

“Is it better than it was last year? Absolutely,” Smith said. “Is it going to continue? It sure looks that way.”

Smith said he expects the surrounding states—California, Arizona, Utah—whose housing markets are performing better than the Silver State’s, to help pull up Nevada even further. For one, people will continue moving to Nevada from California, for example, because of its affordable home prices. Second, it will free up more investment money to start projects in the state.

Nationally, home sales are expected to increase by 8, 9 or 10 percent, and prices are forecasted to rise 6 percent in 2013, Lawrence Yun, chief economist with the National Association of Realtors, said in his 2013 forecast. It was four factors—job creation, continuing low mortgage rates, increasing rents and household formation—that contributed to growth in the 2012 housing market, he said. Those will play the same role this year as well.

Throughout 2013 in Southern Nevada, Tina said he expects the high demand to continue, with lots of buyers, both first time and investors, purchasing homes.

“If the prices keep really going high, high, high, we would see the second-time home buyer being more of a buyer and the investor being less of a buyer,” he added.