You are here: Home / Departments / Commentary / Hold On to Your Wallet: Legislature Once Again Has Taxpayers Bracing for Another Hit 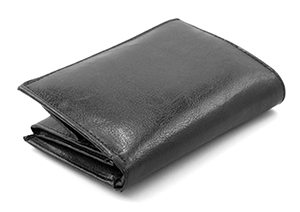 No man’s life, liberty or property is safe while the legislature is in session,” Mark Twain famously said while covering the biennial mess in Carson City.

Despite Twain’s warnings, Nevada lawmakers are meeting once again, for the 77th regular legislative session, and Nevada taxpayers are realizing, once again, that their property is not safe.

That’s because politicians are yet again clamoring to take more out of household budgets to finance a new spending spree. Gov. Brian Sandoval and legislative leaders have called for new spending on various programs, including ineffective early education, more giveaways to private firms with political favor and, of course, across-the-board pay raises for government employees.

The only disagreement in Carson City is about exactly how much more taxpayers should be forced to pay. Sandoval has called for another extension of $631.9 million in “temporary” sales and payroll tax hikes and car registration fees originally passed in 2009. At that time, taxpayers were promised that those taxes would expire after June 2011, but now Sandoval wants to extend those taxes until at least June 2015. With the “temporary” moniker now sounding increasingly hollow, these taxes will cost Nevada households an average of about $1,240 over the next two years, according to household demographics data from the U.S. Census Bureau.

But even that’s not enough for the state teacher union, which holds sway with some lawmakers and ran an initiative petition forcing the legislature to consider a proposed business “margin” tax. The margin tax is a modified gross receipts tax that would assess a two-percent levy, with some limited and complex exemptions, against all firms whose total transactions exceed $1 million in value. The proposal is estimated to take an additional $800 million from Silver State businesses over the next two years.

Problems with the margin tax idea are legion. Because the tax is based on gross receipts, and not business profits, it would even apply to firms operating in the red. Thus, it could hasten bankruptcy for struggling businesses. While tax advocates claim it will only apply to large firms, the $1 million threshold is low enough to capture most gas stations, restaurants, or mom-and-pop retailers.

Because the exemptions are so complex, it would require a massive expansion of the state tax department to process filings. In Texas — the only state to levy a margin tax — small firms have complained that they face disproportionate compliance costs because, unlike large firms, they don’t possess the in-house accounting expertise to navigate the tax.

Further, the teacher union’s claims are misleading, because they titled the margin tax measure “The Education Initiative,” and told signatories that the additional revenue would be dedicated to K-12 education. However, lawmakers would be free to use margin tax revenues to displace current dollars spent on education. As a result, they would be free to use the additional $800 million on anything they like.

While tax advocates target Silver State businesses for higher taxes, lawmakers persistently refuse to recognize that businesses are only accounting entities and that all business taxes are eventually paid by families and individuals. When state lawmakers impose higher costs on private firms, those costs are ultimately exhibited in reduced wages or higher prices for consumers — pushing down the living standards of Nevada households.

Other tax ideas coming out of Carson City include a supposedly “revenue-neutral” restructuring of the sales tax base, in which tax rates would be reduced, but applied to more purchases. There would be merit to this proposal if it were truly intended to be revenue neutral, because it would reduce volatility within the tax structure and end current distortions in consumer behavior.

However, some lawmakers are already tipping their hand, revealing that their alleged “tax reform” schemes are not really revenue-neutral: They’re seeking to sneak revenues from the package of so-called “temporary” taxes into their package, in order to make those taxes permanent.

As Twain famously put on another occasion — back when the state’s legislative session lasted only 60 days, “It’s far better the Legislature meet every 60 years for two days than every two years for 60 days.”

Given these tax shenanigans, it’s easy to see why.