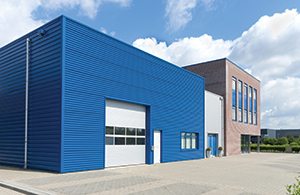 With no completions during the quarter, the industrial market witnessed some increased demand, reporting approximately 32,000 square feet of positive net absorption. However, for the year, absorption remained negative with 243,700 square feet of net move-outs.

The amount of space actively under construction increased to 875,000 square feet in the fourth quarter of 2012, the highest it has been since the third quarter of 2008. The majority of the space under development (755,000 square feet) is located in the Southwest submarket. Approximately 711,600 square feet remains planned, including a new FedEx facility at the South 15 Airport Center in Henderson and a Switch location in North Las Vegas.

Industrial construction activity only recently picked up, which followed limited completions during the last three years. During the entirety of 2012, only 65,000 square feet completed construction, which was sourced to the Gowan Industrial Center that came online in the second quarter of 2012. With five projects currently actively under construction, the amount of space expected to be added to the market in 2013 will far outpace the weak performance of 2012.

The fourth quarter and full year 2012 ended with some respectable numbers. Net absorption was positive for Q4 at 275,368 square feet and the year ended positive at 691,636 square feet. This resulted in yet another decline in the vacancy rate ending at 13.56 percent (including sublease space) down from 14.65 percent, more than a full percentage point over the year. Vacancy is 11.8 percent when excluding sublease space. The activity levels still remain below average but overall the market seems stable. There was no new construction in 2012 and with class ‘A’ inventory waning, rates stabilizing and even rising there have been some rumblings.

Rental rates are stable and with but a few exceptions, the days of “giveaway” deals appear over. Expect upward pressure on rates for class ‘A’ space in 2013. With the election and fiscal cliff behind us the business world seems to be moving forward, albeit cautiously. Moving through Q1 2013 unscathed by move outs and with continued brisk inquiries from California will bring a pleasant change and make 2013 the best year since the recession.

Go to the View Issues 2013 page and click on February 2013 to view this article with accompanying statistics.