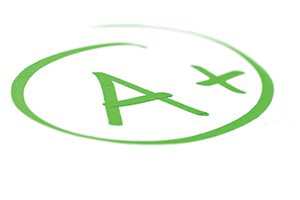 In 1998, Florida and Nevada had the exact same score on the National Assessment of Educational Progress (NAEP) test for fourth grade reading. In 1999, however, Florida Gov. Jeb Bush instituted a series of reforms, including corporate tuition scholarships, vouchers, grading schools from A-F, ending social promotion after the third grade, a robust system of charter schools and expanded online learning options.

The results were remarkable. Over the next 12 years, Florida’s fourth graders scored approximately two grade levels higher on the same NAEP test. Nevada, which is similar to Florida demographically, only scored about half a grade level higher. These gains were even higher for minority and English-language-learner students whose reading ability increased by up to two-and-a-half grade levels.

Florida and Nevada also increased per-pupil spending by a similar amount during this time period, and even more remarkably, no doubt, in the view of the “we must spend more” crowd, the Sunshine State’s inflation-adjusted, per-pupil funding stayed flat or decreased during the first four years of the gains.

As a result of Florida’s remarkable progress, researchers descended upon the state. Their studies confirmed that allowing parents to choose the school and school type — whether public, private, online or homeschooling — is best for their children, actually increased academic achievement in the public schools. Competition didn’t hinder public schools; it made them better.

Because of Florida’s remarkable track record, Gov. Brian Sandoval has made emulating Florida’s education reforms the centerpiece of his education agenda. Going into the 2013 Legislative Session, both Gov. Sandoval and Democratic leaders have expressed verbal support for ending social promotion out of the third grade.

While ending social promotion will be a positive for Nevada’s students, for the state to achieve Florida-quality gains will require much more.

Because even leftists can no longer deny the remarkable gains Florida children have experienced, liberal politicians are now misrepresenting Florida’s record to support a costly program that is a proven failure — pre-Kindergarten schooling.

While Florida did pass a universal pre-K program that was fully implemented in 2005, the earliest those 2005 pre-K students could have taken a fourth-grade NAEP reading test was 2011. And Florida’s 2011 fourth grade reading scores actually decreased by a point from 2009.

Clearly, pre-K did not cause Florida’s remarkable gains in student achievement.

Additional powerful evidence resides within three federally funded studies of Head Start. Head Start is the federal government’s $8 billion a year pre-K program. The latest study was released in December 2012, and it found, like the two previous studies, that Head Start produced minimal gains for students and those gains had almost entirely disappeared by the third grade.

Florida isn’t the only state that’s benefitting from school choice programs. While such programs can be structured in numerous ways — including education tax credits, education savings accounts or vouchers — the common feature of all those different programs is that they empower parents with choices. Parents and students receive their proportion of public school funding and then decide among the educational choices available, including private schools, virtual learning or homeschooling.

Nevada’s children are the biggest losers when intelligent and powerful individuals ignore the real cause of Florida’s remarkable education gains.

It’s time for Gov. Sandoval to spend some of his political capital and show Nevadans how school choice would improve our education system.

And it’s time for legislative leaders to give Nevada’s kids the school choice opportunities available for students in Arizona, Indiana, Louisiana and 18 other states.