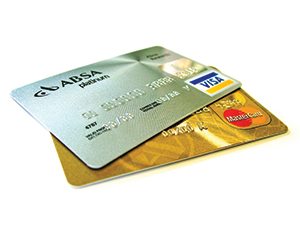 Average pricing declined during the quarter, yet the pace of contraction appears to be slowing. Average asking rates were $1.44 per square foot per month, down 2.0 percent from last quarter. Compared to a year ago rates are down 5.3 percent.

Retail construction remains slow with only one project actively under construction in the valley. Approximately 4.3 million square feet remains planned.

The performance of the retail real estate market appears to be lagging broader improvements in the overall economy, particularly consumer spending. Taxable retail sales, an indicator of consumer spending, suggests that pocketbooks have opened up again as sales have expanded by 7.1 percent during the past 12 months compared to the prior year. Retailers in traditional outlets such as restaurants and general merchandise stores have been experiencing slightly more modest gains than the market as a whole.

The Reno/Sparks economic climate showed slight signs of improvement during the 3rd quarter of 2012. During the quarter, the vacancy rate decreased, and the area had a net absorption of 55,527 square feet. With this positive net absorption, the market is moving slowly in the right direction again. It is possible that the vacancy rates may have reached its peak in the 2nd quarter and hopefully will remain in a steady, albeit slow decline in the coming quarters.

The line shop vacancy rate has decreased slightly from the record high of 23.26 percent last quarter to 22.43 percent this quarter. The anchor vacancy rate is holding steady at a record high of 15.83 percent, with the overall vacancy rate at 18.50 percent. This is slightly off the record high last quarter. The continuation of these high vacancy rates are causing financial pressures for some landlords even leading to receivership and foreclosure in some circumstances. However, on the flip side, it is creating opportunities for new businesses as landlords aggressively compete for the few tenants looking for space.

Go to the View Issues 2013 page and click on January 2013 to view this article with accompanying statistics.