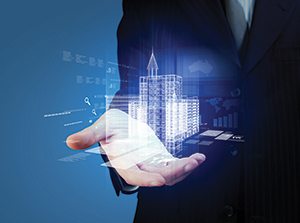 When it comes to Nevada’s future, economic development is critical. Over the last 12 months, The Silver State has made strides on this front.

Among other accomplishments, the Governor’s Office of Economic Development (GOED) hired a leader in November 2011. This spring Gov. Brian Sandoval released “Moving Nevada Forward: A Plan for Excellence in Economic Development 2012-2014.” Under that plan, GOED designated 10 regional development agencies (RDA) in the state and through a request for proposal process, signed one-year contracts with and allotted funds (a total of $3 million) to each.

“There has been a good deal of improvement over the past year or so, but all of us realize we still have a ways to go. I’m pleased but impatient,” said GOED Executive Director Steve Hill.

“What we have with GOED is an economic development link to state government to help the government be more business friendly and receptive to the needs of businesses,” said Mike Kazmierski, president/CEO of the Economic Development Authority of Western Nevada.

In late 2011, the Brookings Institute submitted its “Economic Development Agenda for Nevada,” which Hill describes as a “terrific foundation document” that remains current but is broadly focused. Gov. Sandoval’s state plan, based in large part on that report, outlines these strategic initiatives for Nevada:

“We think it’s important, and this is happening, that each of the regions looks at the general guidelines of the state plan but figures out how exactly that applies in their area and what their specific areas of focus are,” Hill said. “Then we’ll help them go to work in those areas.”

GOED itself remains focused on:

Nevada has been diversifying its economic sectors over the past decade and will keep doing so but not at the expense of the existing industries, Hill said.

“Our effort is partially focused on planting strong roots for new economic sectors to grow,” he added. “In five, 10 and 20 years, you’ll see economic sectors in addition to gaming and mining really growing. There is reason to be optimistic there.”

GOED’s greatest impact to date, Hill said, has been uniting all the people and organizations involved in economic development and proceeding in a cohesive manner. Unlike in the past, goals, strategies and planning now are coordinated, and widespread communication is routine. Also, GOED developed a database for all outside business leads, which every RDA has access to.

“The way that (GOED) is working with the communities and being actively engaged in the state’s economy is critical to our future. I think the partnerships will only become stronger and grow over time,” said Tom Skancke, president/CEO of the Las Vegas Regional Economic Development Council.

Due to these coordinated efforts and others, like GOED’s marketing and sales, leads are up 35 to 40 percent over last year, Hill said. The number of businesses relocating to and expanding in Nevada also has risen. Foreign investment interest and activity as well as exports have picked up, too.

“We have advanced some things pretty well during this year,” Hill said.

Out of GOED’s RFP process emerged the Las Vegas Regional Economic Development Council (LVREDC), formerly the Nevada Development Authority, and with it, a new board, leadership, vision, direction and partnerships with the state and other regional agencies, said Tom Skancke, the new president/CEO. This year, GOED apportioned $1.3 million to this newly designated RDA.

Changes, however, aren’t finished. The agency will rename and rebrand itself in the next 30 to 60 days and continue to add to its board of directors.

These are key to bolstering economic development in the Las Vegas area. That’s because “the regional, national and global business environments need to discover the other side of Las Vegas,” Skancke said. “We are more than Las Vegas Boulevard.”

This RDA’s primary purpose is to serve as an umbrella group to all of the economic development groups in Clark County and facilitate a common theme and goal—to become a global business destination.

“That will create the different perception, enhance our tourism and convention market and tandem that with a thriving new global business destination,” Skancke said.

In addition to numerous conference and phone calls with its regional partners, the council holds monthly meetings to coordinate all their efforts and create and implement strategies for collaborating on projects and clients. It also plans to work with the other, numerous business organizations and chambers of commerce in the area.

“Las Vegas has been a siloed community for many, many years,” Skancke said. “There is a collaborative effort to break down the silo. This will be a regional development authority, and it will be regional on every measure.”

Last year, the council helped 28 businesses relocate to the Las Vegas region and seven companies expand. Along with business expansion, attraction and retention, what had been the NDA’s sole focus, the organization now also is addressing initiatives related to health care, education, infrastructure, culture, workforce development, international trade and more. One initiative, for example, is to capitalize on Las Vegas’ medical and recreational offerings and expand medical tourism. Another is to get Interstate 11, the proposed highway between Las Vegas and Phoenix, planned, designed and funded.

The RDA also plans to partner with the Las Vegas Convention and Visitors Authority to attract mutually beneficial conferences and trade shows by selling the region as both a business destination and a conventions/meetings destination.

“That has never been done before,” Skancke said.

One area of focus is recruiting new businesses, in the form of relocations or expansions, in health care, education, manufacturing, biotechnology and the services sector. At any given time, the department has about 60 companies it’s working with, and 12 to 15 per year on average decide to do business in Henderson. Newly committed companies include Brock Racing Enterprises, a designer and developer of race car parts and accessories; Creative Tent International, a tent developer and manufacturer; Burke Williams, a day spa; and Bluepoint Solutions, a financial technology software company. Two universities are expanding in Henderson—Roseman University of Health Sciences and Touro University.

Cooper and his team also help local, existing businesses grow. With the mayor and city council members, they regularly visit different businesses and inquire as to their needs. They introduce those companies to resources and help in whatever ways possible.

The city department helps start-up companies and people considering launching a business. For example, its Business Resource Center, or incubator, provides business development expertise. Other offerings, among many, include Business Workshops, a series designed to benefit business owners and operators, and “Tools for Business Success,” an online portal with tools for starting or running a business.

Promotion and sales of city land (it owns about 1,000 acres) is another component of Henderson’s economic development efforts. One recent sale of 150 acres near the Henderson Executive Airport will be developed into a business park. Another, of about the same size, will be developed into Union Village, a $1.5 billion, mixed-use health village encompassing three hospitals and numerous other entities. The city department also encourages and assists with redevelopment in older parts of town.

“We create strategies, programs and tactics by which to accomplish goals for each of those,” Cooper said. “The city council looks to us to perform those activities. We produce results regarding each.”

The office’s successes, Cooper said, are due to his having a great team along with the solid partnerships his department has with Henderson Mayor Hafen, the city council and the private sector, including the Henderson Chamber of Commerce.

“We’re all on the same page,” he added. “The external businesses that are examining us can pick up on that really quickly.”

Unlike in recent pre-recession years when the Economic Development Authority of Western Nevada (EDAWN), the RDA for Washoe and Storey counties, aimed to attract high-paying jobs, today its primary focus is creating stable jobs, President/CEO Mike Kazmierski said. EDAWN aims to generate 7,500 North Nevada jobs by 2014, its percentage of the 50,000 new jobs Gov. Sandoval, challenged the state to create in two years’ time.

To do so, the RDA has a $1.5 million annual operating budget, $675,000 of which came from GOED. The organization, via direct mail and in-person visits, is actively courting out-of-state companies in primarily these sectors but others, too: manufacturing (40 percent of business prospects are in this area), logistics/distribution (30 percent) and back office/business support/data centers (5 to 10 percent).

“Since we’ve launched that, we’re now working with two entrepreneurs looking to move here, one with 100 employees, the other with 450 and looking to expand,” Kazmierski said.

EDAWN makes some international efforts, primarily in concert with the Reno-Tahoe International Airport, which is working to develop connections in China.

The organization also has boosted by nearly 80 percent the number of visits made by outside companies to Northern Nevada, Kazmierski said. Typically, 80 percent of those visiting companies ultimately decide to do business in the area.

“If that closure rate continues to be close to what we had over the last year or so, we certainly see a lot more announcements in the pipeline,” he added.

Along with a small staff, NNDA’s resources include 280 community volunteers who are members and active participants of 13 committees covering such industries as health care, education, commercial real estate, residential real estate and workforce education. The RDA’s operating budget for this fiscal year is about $800,000, $250,000 of that from GOED.

The agency’s efforts primarily center on three aspects and all that those involve. They are business support, expansion and retention, and company attraction. Each, however, is multi-pronged and includes everything from helping businesses get access to capital to working with educational agencies and other partners to strengthen the workforce.

The primary sectors NNDA is working to develop are health care and tourism, science and technology, and agriculture, among others.

Other recent accomplishments include the Right Skills Now program, offered through Western Nevada College. The program is now graduating students into manufacturing jobs. Plans are underway to open a tech center and accelerator in downtown Carson City creating an incubator for new technology businesses. The NNDA’s agricultural committee completed a study on the agricultural industry in Nevada, which Gov. Sandoval will release this month.

NNDA’s success is a result of the community coming together, Hooper said.

“We function like it’s a barn raising,” he added. “We all come together, work together for the common good and know that everybody’s ship is going to rise with it.”

All Hands on Deck

Given Nevada’s current economy and double-digit unemployment rate, Hill said, economic development and driving forward the state’s economy will remain vital, more essential than during the past 20 years.

That will require continuing to follow Gov. Sandoval’s lead and working together instead of against one another, Hooper said.

“Now is the time for all hands on deck,” he added. “Our advantages in this state are we’re nimble, rich with natural resources and have great people with great attitudes.”