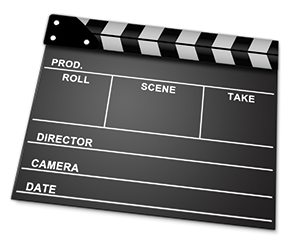 Level Playing Field isn’t the name of a new big-budget film — but it is the dramatic ending that moviemakers are hoping for in order to bring their production companies to Nevada.

And the economic payoff if the state provides that level playing field could well prove to be a blockbuster.

While just about anyone can name off the top of his head a bunch of movies filmed here – Cannonball Run, The Electric Horseman, Mars Attacks!, Melvin and Howard, Rain Man, Showgirls, Star Trek: Generations, Waking Up in Reno, The Godfather and Godfather II, Casino, Diamonds Are Forever, High Plains Drifter, Honeymoon in Vegas, Independence Day, Leaving Las Vegas, Rocky Balboa, Oceans Eleven and of course The Hangover are just some — far fewer can explain how states like Michigan, Louisiana, North Carolina and New Mexico seem to have gotten the drop on Nevada and taken away much of its potential movie industry revenue.

Their secret: luring film production companies with incentives that leave more cash in their pockets. In all, at least 40 states are now working to lure film producers with some sort of incentives.

“When productions film on location it’s a tremendous boost to the economy, as crews need places to stay and eat, equipment to rent, people to hire and facilities to use,” says Charlie Geocaris, director of the Nevada Film Office. From its inception in 1982, the Nevada Film Office has facilitated numerous productions and has generated over $2 billion in revenue for the state. In addition, when Nevada is seen on the big or small screen it not only benefits the economy but the ancillary increase of tourism is another plus. Feature films such as The Hangover and a TV series such as CSI attract tourists throughout the year.

Feature film production is “a very good part of our overall economy,” agrees James Reid, president of JR Lighting Inc. in North Las Vegas. Reid’s company rents and sells lighting and grip equipment to the film and television industry. The overwhelming natural advantage the state enjoys, he notes, is that in the movie business “It’s all about location. Las Vegas is a tremendous location, as you have seen in a lot of films. You won’t find what you have in Las Vegas anywhere else. And then we have the mountains and the lakes and those kinds of things that are nice to have as secondary locations.”

John Oteri, the owner of 25-year-old Precision Video Service in Las Vegas, which rents lighting, grip equipment, sound gear and supplies to film crews, says the business remains “fairly insignificant compared to other industries.” It is, however, growing due to the large number of conventions in town. “There are many experts who come to the conventions, and they prefer to interview people at them. We’re sort of a studio, and we interview people (at conventions) instead of scouring the country to meet these people. They’re in one place; it’s pretty cost effective to do that.”

Precision also enjoys what Oteri calls “a pretty good share of people who want to capitalize on the glamour of Las Vegas and use it as a backdrop for their reality TV shows. We get a lot of pilots.”

Tad Griffith’s 26-year-old company, A. Tad Western Production Co., has offices in Nevada and Aqua Dulce, CA, and handles feature films, television commercials and conventions. Griffith says he doesn’t see Nevada upping its share of the film business until legislators “come around and actually offer some incentives. I mean, we’ve been competing against Canada and New Zealand, and now we’re competing against Michigan and Louisiana and North Carolina. It’s become a state thing now. Unfortunately, I truly believe that they have to, in good faith, offer some incentives for the studios — and even for the independent films — to consider them. Money talks.”

Budget outlays needn’t be inordinate, add Griffith, who is currently in Namibia helping to shoot the Mad Max reboot, because of Nevada’s inherent advantages. “I don’t think they have to offer the huge incentives that Michigan and Louisiana undertook. Nevada has more to offer and it’s obvious that being closer, it doesn’t cost too much to move. But I think in all honesty it would require some sort of incentive; maybe half the incentive that the other states are offering would then make it a feasible, viable thing.” Nevada currently offers the lack of a state income tax plus a meager abatement on room tax after 30 days. The economic development plan released by Gov. Brian Sandoval includes a variety of economic development incentives, with some for film taxes.

At present, Griffith continues, production companies “only come to Las Vegas now if they have to use the locations; if they have to use Reno or Las Vegas as a background. Often they try to use Victorville and the high desert to fill in with the locations. But if it were to offer incentives I truly believe people would take advantage of all their terrain and all their mountains. They would shoot more movies here because Nevada, like California, has all those topographical areas.”

The film office assists productions with location scouting, area logistics, script breakdowns, permitting regulations, insurance requirements, technical support and everything in-between to help assure that a production runs smoothly, remains on-time and on-budget and has a good experience so they will come back to Nevada with future productions. The process for setting up and filming in the state, Geocaris says, is “fast, easy and involves very little red tape. The intergovernmental cooperation is excellent.”

For the fiscal year starting July 1, 2011 and ending June 30, 2012, the state of Nevada hosted 520 productions — feature films, TV commercials, series and specials, reality shows, music videos, documentaries, corporate/industrial projects, student films, still photography and others — and collected nearly $88.8 million in revenue, according to the Nevada Film Office. The number of productions is higher than the 479 of the previous year, and the highest since 2006 (776).

The Nevada Film Office takes a highly proactive approach by marketing and advertising its one-of-a-kind locations, professional crews and state-of-the-art facilities in trade publications; attends domestic and international trade shows; supports film festivals; conducts community outreach programs; sponsors free education seminars; and administers a screenplay competition in which scripts must contain 75 percent of locations filmable in Nevada. The office also publishes the Nevada Production Directory, an annual resource guide that serves as “yellow pages” for producers, helping them locate everything they’ll need to shoot while on location in Nevada. An online version of the directory with a searchable photo image library can be found at nevadafilm.com, allowing productions 24/7 access to potential Nevada locations.

In addition, the film office publishes Nevada: A Visual Guide to Locations, which features the Reno/Tahoe areas, Las Vegas and Southern Nevada locales, roads and countryside to showcase those locations.

Back to the Future

Nevada continues to be popular in Hollywood. Projects scheduled to film in October and November included Warner Brothers’ Hangover 3, the Showtime series House of Lies and the CBS Films’ Last Vegas starring Michael Douglas, Robert DeNiro and Morgan Freeman. Major productions shot during 2012 included the Warner Brothers’ magician comedy The Incredible Burt Wonderstone starring Steve Carell and Jim Carrey, which is set to open in theaters on March 15, 2013, and the HBO Films’ Behind the Candelabra starring Michael Douglas and Matt Damon.

“One of the major factors holding us back in doing feature films is that the state doesn’t really participate in subsidizing film production,” says Oteri. “Many other states have film programs. In New Mexico they will give up to $2 million in production costs back to a company (specifically, the state gives film producers tax savings on direct production and post-production spending, including crew costs). They have invested countless millions of dollars in trying to build up their infrastructure, and they actually shoot a lot of features now. Detroit is another area that is heavily subsidized. It goes beyond a tax rebate; it’s actually a labor rebate, and we just can’t compete with that.”

Oteri acknowledges that there has been talk about Nevada stepping up, “but with the budget constraints right now it’s sort of out of the question.” He sees the movie industry infrastructure in the state as “pretty frail, actually. It’s kind of limited as far as inventory. There are a lot of different types of equipment, but there is not much depth. We all share, basically. We work with a lot of production companies. We’re all renting from each other and sourcing equipment back and forth.”

There is, Reid says, no shortage of film equipment for crews to rent here in town. “Most of the infrastructure is here. We can certainly improve our infrastructure, of course, as other cities can.” One way to do that would be by having a first-class studio based here. “That would probably help a lot.” He sees it a likelihood in the future. “I haven’t talked to anybody specifically who has a plan on the drawing board that is moving forward. But I suspect that in the next few years we’ll have something like that.” He also predicts the state will eventually join those that provide subsidies for film companies. “I think it’s in Nevada’s best interest to level the playing field and be equally competitive with those other states.”

Will Nevada legislators attempt to level the playing field and draw more movie production here by offering the same types of incentives as a growing number of other states?

Toni Suttie, the principal of Integrity Casting in Reno, a company that she and her mother, Joan Bermudes, founded in the 1980s, says she has seen the Nevada film industry grow “quite a lot, actually. There’s always been a bit of an issue with regard to getting the tax perks and some of the other perks that some of the other states have and that sometimes can be problematic. But it seems that the independent films are picking up here in the area. I’m really happy to hear that that’s happening, and to be able to say that.”

Griffith says he’s not sure how close Nevada is to moving in the direction of subsidizing film production. “I’m not sure if they think they have to. I think they believe that because they’re so close to California they’re going to get the business anyway.” Incentives would be most effective, he adds, in bringing in independent films, those with budgets of up to $30 million.

The final scene in this drama has yet to be scripted.