You are here: Home / Departments / Power of Attorney / Deriving Value from Patents: Strategies for Handling the Legal Challenges 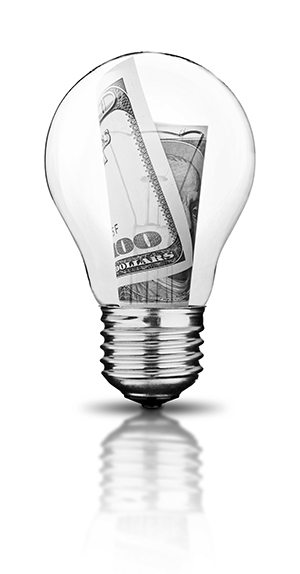 For example, courts have recently held that the content of patent licensing negotiations may be admissible in litigation over the patent. It has long been the rule that, subject to certain narrow exceptions, settlement discussions regarding a dispute are generally not admissible in a subsequent lawsuit over the dispute (the settlement-discussion-inadmissibility rule). Since these patent transaction discussions can create a “reasonable apprehension” of a lawsuit, it stands to reason that the discussions would be inadmissible in court as settlements or offers to compromise. After all, if the content of those discussions causes the prospective licensee to anticipate being sued, then it would seem that an attempt to conclude the discussion with a licensing agreement could be considered an offer to compromise. It is possible, however, that the settlement-discussions-inadmissibility rule will not apply under certain circumstances involving licensing discussions.

In one recent case, the patent owner specifically conditioned licensing negotiations on an agreement that negotiations would be treated as settlement discussions and would not be admitted at trial. The Federal Circuit nevertheless held the discussions admissible, reasoning that the exclusionary rule applied only to efforts to compromise a claim already in litigation.

Thus, although the patentee’s conditioning of negotiations on adherence to the settlement-discussion-inadmissibility rule can be a factor in creating a reasonable apprehension of suit, the substance of those discussions was nevertheless deemed admissible in the subsequent suit. This ruling raises the possibility that any statements made during patent transaction discussions might be admissible in subsequent litigation involving the patent.

First, statements made during licensing negotiations may be admissible in determining questions of damages, including the amount of a reasonable royalty used to assess damages. The courts have identified fifteen factors for consideration in determining a reasonable royalty. These factors include the licensor’s licensing policy, the royalty the licensor and a licensee would have agreed upon at the time infringement began, the rates paid by the licensee to use comparable patents, and the commercial success and popularity of the invention. Obviously, licensing discussions might be pertinent to these factors and be considered by the court to determine an appropriate royalty rate.

Second, statements made during patent transaction discussions may be admissible on the question of infringement and willfulness of infringement. These potentially admissible statements include, for example, statements concerning the scope of the patent, how much a potential infringer uses the invention, and concessions regarding need for a license.

In addition, when a patent owner is willing to discuss licensing of its patent, in some circumstances the offer might be used to show that royalty payments are an adequate remedy for the infringement. A patent owner often can obtain injunctive relief (preventing a competitor from making, using, or selling the invention) upon a showing that the harm it will suffer cannot be adequately remedied by monetary judgment. Depending on the circumstances, however, attempts by the patent owner to license its patent might be admitted in subsequent litigation to show the adequacy of monetary remedies under the circumstances, possibly precluding injunctive relief. The patent right to exclude others from exploiting an invention therefore can be terminated, and the patent severely devalued, by discussions that might possibly preclude injunctive relief.

As with many areas of law, working with experienced intellectual property counsel at the outset of patent transaction discussions can help reduce and possibility eliminate negative consequences for the parties to the discussions. Involving appropriate counsel can help preserve value of the patent to the patent owner, on the one hand, and minimize potential risk to the possible licensee on the other.