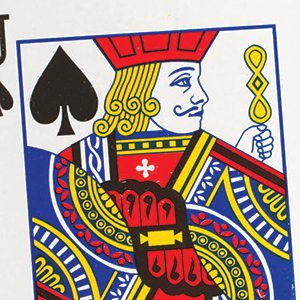 As the end of 2012 nears, Nevada’s economy continues its gradual recovery, but the unemployment rate remains in the double digits and job creation is slow. What’s in store for the Silver State’s economy in 2013? Experts weighed in on their predictions for the coming year, which primarily are based on the performance of certain indicators this year. However, they said none of their forecasts is certain, as a handful of wild cards will be in play.

Increases over time of certain market measures indicate the overall economy currently is doing well, said Bill Anderson, Nevada’s chief economist, with the Department of Employment, Training and Rehabilitation. Taxable sales, gaming revenues, visitor volumes, export activity and the number of employers participating in the unemployment insurance system all have been, on average, trending upward. The number of jobs has been increasing consistently, but slowly.

“It just hasn’t translated into real noticeable improvement in the state’s labor markets,” he added.

Anderson said he expects more of the same for Nevada’s economy in 2013 with consistent job growth, assuming the U.S. economy keeps moving in a positive direction.

“The not so good news is we’ll likely continue seeing this modest rate of improvement,” he added.

While Nevada won’t be returning anytime soon to the degree of growth it experienced between 2000 and 2007, the incremental improvements in its economy are positive, said Dr. Stephen Brown, professor of economics and director of The Center for Business and Economic Research at the University of Nevada, Las Vegas, which collects, analyzes and disseminates data on Nevada’s businesses and economy.

External factors that could affect Nevada’s economy include the looming fiscal cliff, the Affordable Health Care Act, additional taxes, economic performance nationally and in Europe and China and outcomes of the ensuing Nevada legislative session. Uncertainty surrounding these issues is causing many Nevada companies, particularly the mom-and-pop enterprises, to take a wait-and-see approach before hiring and deploying any capital, Brown said.

“There are a lot of uncertainties at the global, national and state levels. We have a witch’s brew going,” said Brian Bonnenfant, who predicted 2013’s economy will be “dichotomous.” “There is still reason to be optimistic about ’13.” Bonnenfant is the project manager at the University of Nevada, Reno’s Center for Regional Studies, which provides data and market analyses designed to help a business select a location for operations, understand current market trends and predict where the local economy is headed.

According to the W.P. Carey School of Business’ “Western Blue Chip Economic Forecast,” employment in Nevada is predicted to grow by about 1.2 percent next year.

Brown said, however, it’s likely Nevada could see further weakening in jobs creation. “I’m hopeful that we’ll do better, but I don’t see anything driving that right now,” he added.

Bonnenfant said he doesn’t anticipate much job creation in the state until the Nevada legislative session ends and some federal issues get resolved, affording businesses a better idea of what taxes and other expenses they’ll be mandated to pay.

“We really have not hit the very bottom until we start increasing on the job front,” he said.

Sectors that have driven job growth and will continue to do so include hospitality, trade, health care, transportation and utilities, and professional and business services. The weaker ones—construction and the public sector—likely will remain that way.

Nevada’s gold-producing areas should continue to thrive as long as the price of gold remains high. “I see that continuing well into 2014,” Brown said.

Overall, visitor volumes and gross gaming revenue in Nevada are forecasted to increase in 2013, by 1.8 percent and 2.5 percent, respectively, according to the “Western Blue Chip Economic Forecast.” Most of that growth should come from the south.

Southern Nevada’s visitor volumes and gaming revenues are up from two years ago and should keep increasing, Brown said, unless the U.S. falls into another recession.

Bonnenfant said he expects the national economy to continue to improve, which will help the state’s tourism and gaming industry, particularly in Las Vegas.

This year, Las Vegas hotel rates have started to rise and some of the tourism has shifted to other parts of Clark County, Brown said.

“I think that will probably continue because the visitor volume is keeping the hotel rooms pretty busy in Las Vegas,” he added.

Compared to its southern counterpart, recovery of Northern Nevada’s tourism and gaming industry isn’t expected to be as strong.

In terms of gaming, Brown said he expects those revenues to continue dropping. Bonnenfant said he expects the losses, which slowly have been shrinking, to stabilize in 2013. “Pretty much the casinos are fighting over a local pie,” he said.

As far as tourism, Chris Baum, president and CEO of the Reno-Sparks Convention and Visitors Authority (RSCVA), is “cautiously optimistic” 2013 is going to be a stronger year based on the conferences and meetings booked (many of them sports competitions), the area’s special events and the organization’s revamped marketing approach.

If the region gets a lot of snow this winter, that will bolster visitor rates and tourism revenues.

The RSCVA has shifted its mindset and efforts to selling Northern Nevada as a four-season, resort destination offering a slew of activities rather than as a gaming destination. It plans to continue next year its “What’s Your Passion” campaign, continue its emphasis on meetings and conventions and continue capitalizing on its three-year commitment to being a strategic sponsor for the American Society of Association Executives, all of which have proven successful, Baum said.

In 2013, the Nevada Governor’s Office of Economic Development (GOED) will continue its efforts to target and expand seven key sectors in the Silver State: tourism, gaming and entertainment; clean energy; health and medical services; aerospace and defense; mining, materials and manufacturing; business IT ecosystems; and logistics and operations. It also aims to continue its focus on intangibles and financial enterprises. GOED, too, will work on retaining the companies already here.

Other specific developments potentially could contribute to Nevada’s economy, Bonnenfant said. For example, Apple is building a new data center (construction has begun) along with a business and purchasing facility in Reno. It’s estimated this additional business will generate 235 new local jobs and Apple will invest $1 billion in the region over the next 10 years ($400 million in the first four years of the data center’s operation).

The City of Fallon’s Naval Air Station (NAS) is under consideration by the federal government for inclusion in its Centers of Excellence, which will further develop and test unmanned aerial vehicles, or drones. Should NAS Fallon be chosen, it likely would create new jobs in the city and in Churchill County.

The state’s increasing housing prices should continue into next year, Brown said. The median home sales price up North, as of the end of September, was $178,000, up 19.5 percent from September 2011, Reno-Sparks Realtors Association data showed. At the same time, the median price of homes sold in the south was $140,000, up 13.5 percent from one year ago, according to the Greater Las Vegas Association of Realtors.

“I think there is every indication that housing prices will continue to rise,” Brown said.

Residential real estate has been turning around in Northern Nevada, and that’s expected to continue, Bonnenfant said. Home sales have been good for the past couple of years in the lower price range ($100,000 to $250,000), and recently, the upper end has shown greater activity.

Home sales in Southern Nevada, however, have lagged, and continuation of that trend is anticipated. Some new construction is taking place, yet the region has more vacant units than houses for sale, Brown said. Some of that vacant inventory will be foreclosed on.

“I think the foreclosure numbers will go up but not by a lot,” he added.

Nevada still remains the state with the most underwater mortgages, which remain high, Brown said, but they’re coming down, mostly because property values are inching up.

“I think we’ll be number one next year, too,” he added. “We’ll see the numbers come down a little but not much.”

Retail sales have been a bright spot in Nevada’s economy in 2012. Sales throughout the state of durable goods, larger purchases like cars and appliances, have been up. In Las Vegas, retail shopping at the high-end stores on the Strip, such as Mikimoto, Harry Winston, Tiffany, Cartier and more—also has risen.

“People have more income to spend, and they’re spending it,” Brown said.

This upward trajectory is expected to continue in 2013, with overall retail sales growing slightly, said Bryan Wachter, director of public and government affairs for the Retail Association of Nevada (RAN).

“We don’t see any reason to believe that will fall short,” he added.

Bonnenfant said in 2013, more Nevadans will buy cars and spend more on health care. Also, further movement in residential real estate likely will translate into concurrent activity in retail sales of home goods, furniture and the like.

Consumer confidence reached a new normal this year. RAN projects a 6.8 percent increase in holiday spending in 2012 over 2011 and the addition of more than 4,000 temporary jobs during the season.

“All of those are good indicators,” Wachter said. “We think that things are moving forward.”

As far as new stores, Walmart plans to open a 169,000-square-foot supercenter in Southwest Las Vegas, at the corner of South Rainbow Boulevard and Blue Diamond Road.

“It’s encouraging to see, given where we are in the housing foreclosure crisis, that Walmart is opening a store based on rooftops,” Wachter said.

Construction of the Shops at Summerlin, a project that had been shelved, is scheduled to begin in 2013. Near the Las Vegas Beltway between Sahara Avenue and Charleston Boulevard, this mixed-use development will include retail, office, hotel, entertainment and multifamily residential units. Macy’s already has signed on as an anchor tenant.

Bonnenfant said he expects consumer confidence to hold steady, yet energy prices could influence both confidence and spending. The number of unemployed Nevadans and others still hesitant to spend also remains a headwind for retails sales, Wachter said.

“I think our optimism [for the sector] is tempered with a little bit of realism,” he added.